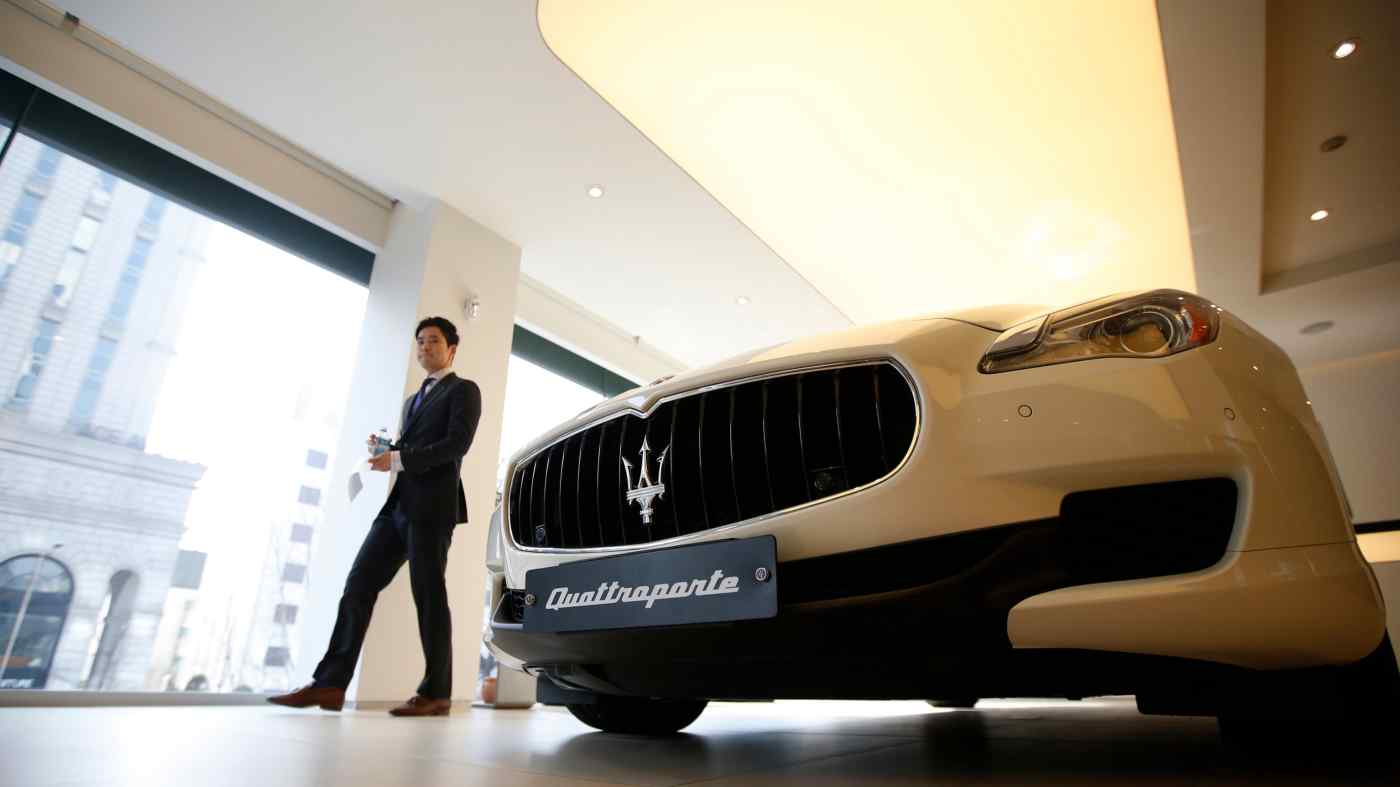 SINGAPORE -- The ranks of Asia's superrich are growing, but their knack for making money does not mean they know how to pass it to the next generation, new research suggests.

The region's class of high net worth individuals -- those with over $30 million -- swelled by 13% or nearly 12,000 people last year, according to a report published by London property consultancy Knight Frank in early March.

Asia accounted for seven of the top 10 economies where the high net worth markets expanded the fastest from 2018 to 2019, the study shows. South Korea topped the list with a 22% jump in the number of ultra wealthy. Japan came third, at 17%, with China at 15% and Taiwan just behind at 14%.

Southeast Asian economies also made the list -- Singapore at 10%, followed by the Philippines and Thailand at 9%.

"Within the Asia-Pacific region, the countries expected to witness the strongest rise in ultra high net worth individual populations are, unsurprisingly, also the fastest growing economies globally," said Kevin Coppel, managing director for the Asia-Pacific at the consultancy.

To compile the data, Knight Frank surveyed 620 wealth advisers last November. Italy, Nigeria and Egypt were the only non-Asian countries in the top 10. 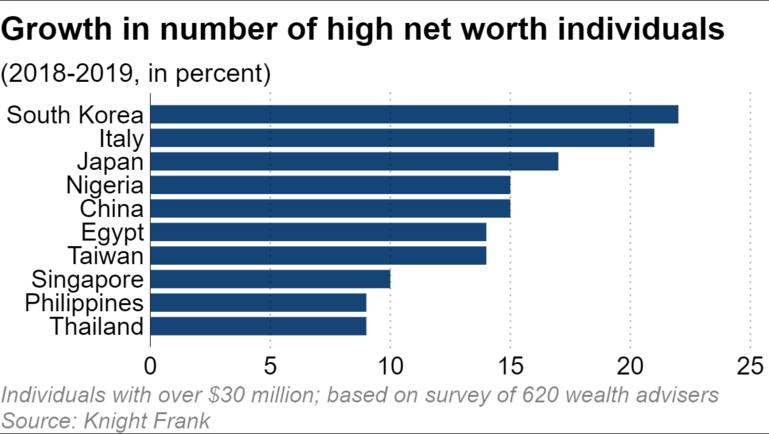 Southeast Asia has become a hot spot for wealth management firms, as new millionaires and billionaires emerge. Veron Shim, chief executive of Singapore-based wealth management startup Envysion, noted that since many Asian companies are still developing, there is ample room for the rich segment to expand further.

"Asia will move a lot faster, and yes, now we are catching up [to the West]," she said. "But very soon we will surpass" the West in numbers of high net worth people.

Shim's company, which she launched this year with former private bankers from financial institutions like Switzerland's Julius Baer, offers personalized concierge services for millionaires in Asia, from arranging private jets to assisting them with estate management.

But while players like Shim's Envysion encourage their customers to think ahead about transferring wealth to heirs, many are not getting the message, other studies show.

"Even as we stand on the cusp of what is possibly the largest wealth transfer in history, many high-net worth Asian families regularly face conflicting priorities and interests, with estate planning often deeply intertwined with company succession," said Brian Balleine, regional head for Asia at Bermuda-based financial services company Butterfield.

A Butterfield report notes that Asia has become the biggest hub for billionaires, with the population set to rise above 1,000 by 2023. And by 2030, more than $15 trillion in wealth is set to change hands from one generation to the next. But when Butterfield polled managers handling high net worth clients, around 60% said they have customers with no succession plans.

Its survey of over 50 respondents from the financial centers of Hong Kong and Singapore found that 31% of wealth managers had clients who did not prioritize succession planning while 28% said their customers saw no need to plan.

Succession, of course, is a sensitive subject that has torn more than a few families apart.

Family-run South Korean conglomerate Lotte Group is a prime example. Elder son Shin Dong-joo was ousted from the company in 2015 after losing a boardroom battle with his younger brother, Shin Dong-bin. The older brother had tried to remove his sibling through legal challenges and shareholder motions over the years, to no avail.

Often, heirs are left out of discussions on the family fortune, which can breed resentment.

"With the lack of intergenerational engagement within the family and the resistance to discuss cultural taboo subjects, only 15% of the next generation have actually participated in more than 60% of all succession planning-related discussions," said Mike Goodall, chief commercial officer at insurer Transamerica Life Bermuda.

The insurance company, in its own poll, reported similar findings to Butterfield's study: 57% of Asia's superrich have done no estate planning and made no preparations to transfer their wealth, versus 32% in Western markets.

The way many rich Asians keep their money can also lead to complications.

The region's wealthy tend to spread their riches over a wide range of assets, businesses and countries, said Samantha Ghiotti, deputy chief executive of insurer Singlife.

"This creates complexities in navigating different forms of regulation and having clear direction and differentiation between estate planning and succession of leadership in family-owned businesses," Ghiotti said.