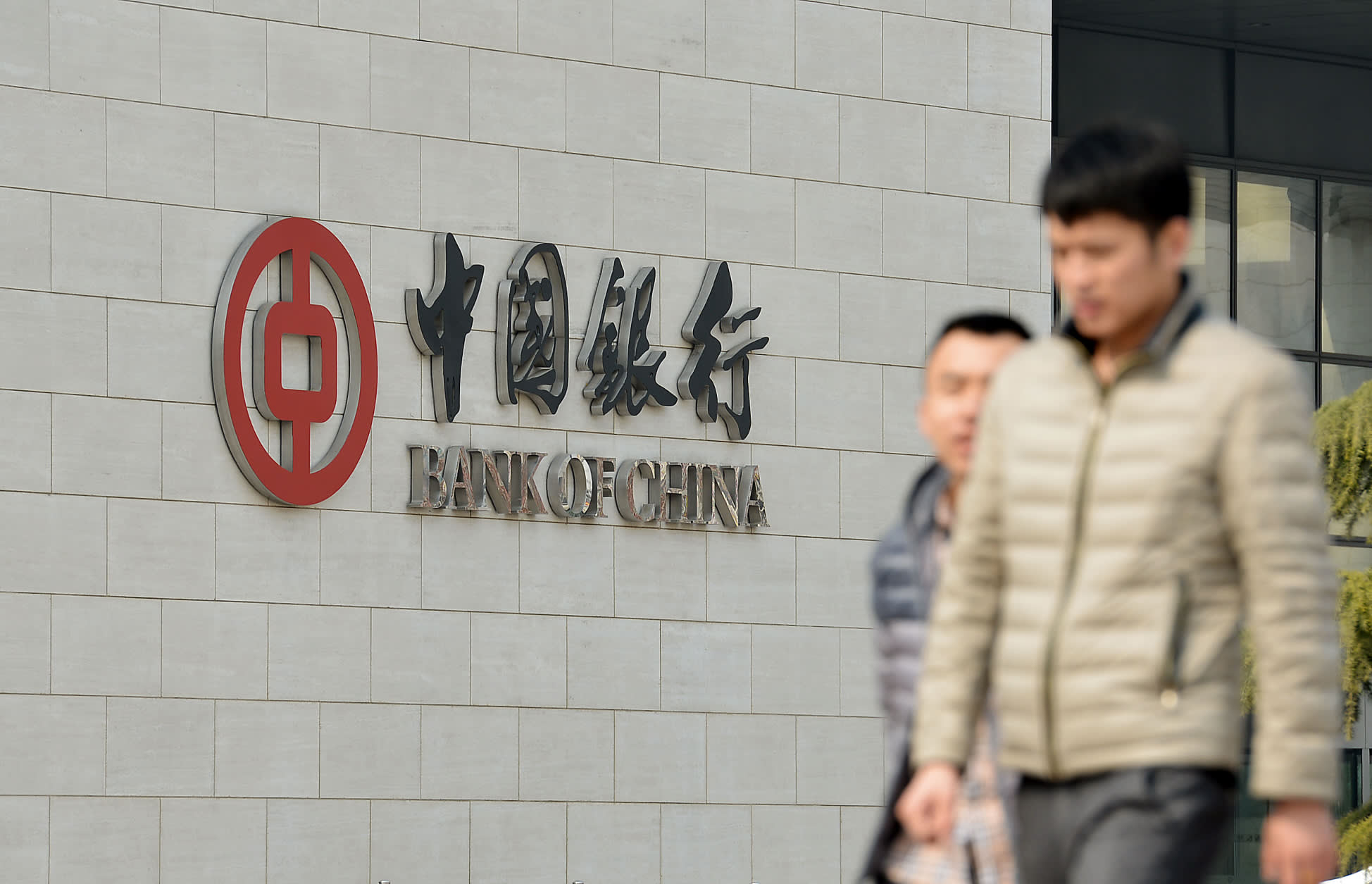 Moody's cut its credit outlook on more than 60 Chinese companies, including Bank of China, to "negative" from "stable" in February. (Photo by Takaki Kashiwabara)

HONG KONG -- Moody's revision of China's sovereign rating outlook to "negative" on the eve of a high-level meeting of the National People's Congress had been a slap in the face for the world's second-largest economy but the humiliation doesn't end there, as Chinese companies are still facing a wave of downgrades.

Ratings agencies are hinting at a rise in downgrades as the credit quality of China's top companies could be in worse shape than previously thought due to their high leverage and sluggish demand.

"It's clearly a negative trend now," Clara Lau, Moody's senior vice president of credit policy told the Nikkei Asian Review. "The trend has accelerated since the fourth quarter. We could not rule out having multi-notch downgrade." The move came after Moody's downgraded China's sovereign rating outlook from "stable" on March 1, just days before top policymakers met in Beijing to approve the country's new five-year plan for the economy. Moody's rates China's government debt at Aa3, in line with Standard & Poor's Financial Services' AA- but is one notch higher than Fitch Ratings' A+ rating.

"Moody's has only just caught up to the market," wrote Aidan Yao, senior emerging Asia economist at AXA Investment Managers. "Concerns about China's debt metrics, capital outflows, reserve depletion and policy uncertainty were the major causes of market routs over the past 12 months."

S&P, too, noted a similar trend in corporate ratings. As of mid-February, about 15% of its rated portfolio of 243 greater China companies either have "negative" rating outlooks or are on watchlists for downgrades. The rating agency forecasts that figure to rise to 18% for the first quarter.

The gap between the number of upgrades and downgrades is also widening. S&P made seven more downgrades than upgrades in 2014 and that figure grew to 18 last year.

"The deterioration of credit quality has been the worst since the global financial crisis in 2008," said Christopher Lee, S&P managing director of corporate ratings for greater China. "Since this year, we have seen more than 10 rating downgrades but no more than five upgrades."

Not surprisingly, industries suffering from overcapacity such as construction and resources are more likely to be downgraded as China makes a structural shift away from an investment-led economy toward a consumption-driven one.

Nonetheless, consumption-related sectors such as retail remain under pressure.

Two rating agencies earlier downgraded the long-term corporate credit rating of Dalian Wanda Commercial Properties - a Hong Kong-listed unit controlled by China's richest man Wang Jianlin, on expectations that declining sales would not sustain its aggressive expansion plans. Both S&P and Fitch downgraded Wanda from BBB+ to BBB, two notches above junk. Later, Moody's, who rates Wanda at an equivalent Baa2 at present, announced it will cut its outlook to "negative" from "stable."

China's brick-and-mortar retailers are still grappling with a slowing economy and growing competition from e-commerce players such as Alibaba Group Holding and JD.com. "It would be a double whammy for mall developers to take up too much capital spending amid a property downturn," said S&P's Lee.

The overall property sector is, however, showing some signs of stabilization. It is one of the few sectors that have more positive outlooks than negative outlooks, according to Fitch.

"It's a reflection of the polarization of views we've been saying for three to four years. The stronger will get stronger, the weaker will get weaker," said Su Aik Lim, senior director of Asia-Pacific Corporates at Fitch, which has downgraded credit ratings of a number of smaller developers since January.

China's housing market has seen an uneven recovery with first-tier cities such as Beijing and Shanghai leading price increases due to the government's easing efforts. In February, taxes on some property transactions were slashed and down payments for first- and second-time buyers were further reduced. However, lower-tier cities are still plagued by a home supply glut.

But overall, Fitch is slightly more optimistic than its peers. The rating agency has given 6% of its portfolio of companies "positive" outlooks as of March 4, a rise from 2% last year. Those with negative outlooks account for 10% of its portfolio, compared to last year's 12%.

"While we might still expect to see more negative outlooks than positive outlooks, I would say we are slightly closer to the bottom of the cycle," said Lim. "So it's not all bad news."

"If we ignore the impact of sovereign rating on Chinese companies, who knows, we might see more negative outlooks than last year," Lim added.