Beijing and Shanghai reap booming property markets while others struggle 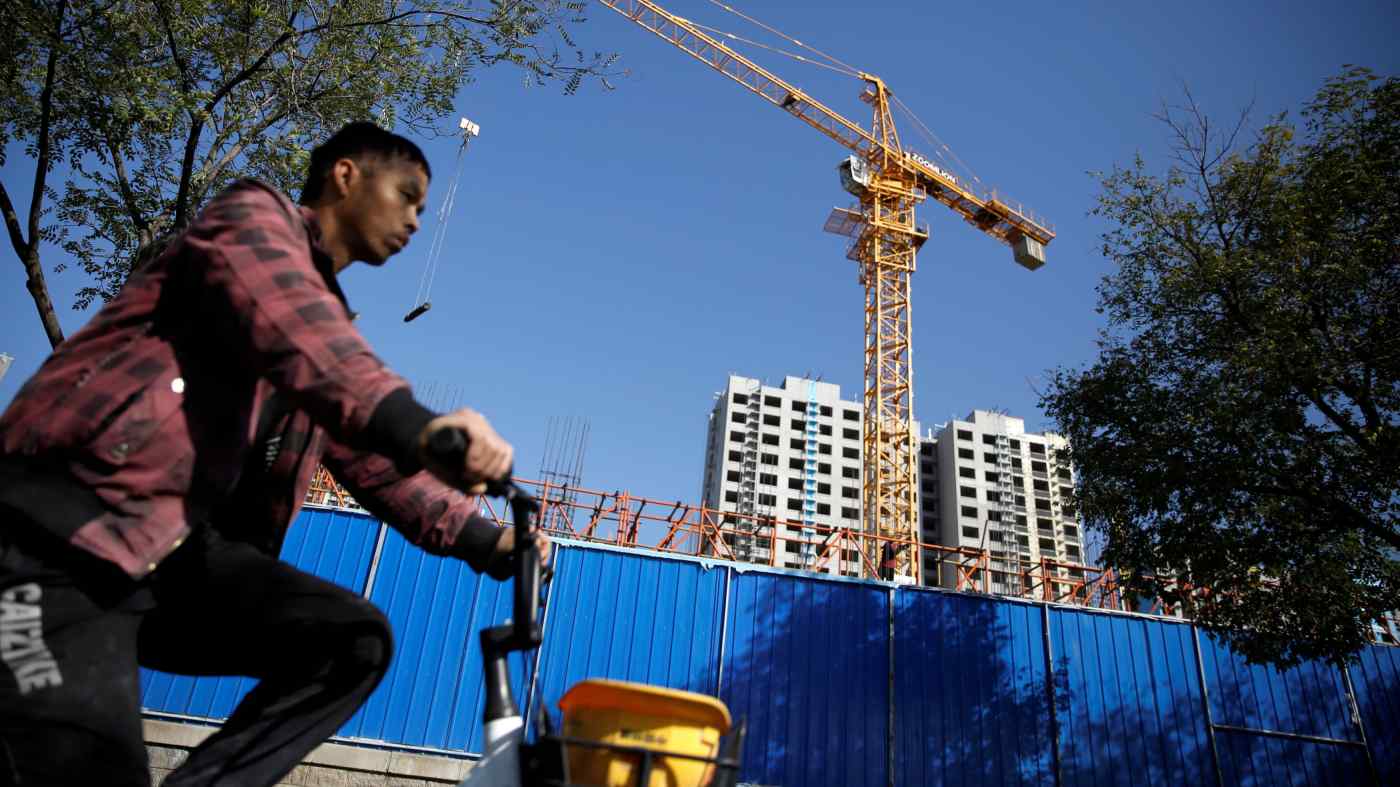 BEIJING -- China's regional governments are taking in proceeds from land sales that are equivalent to more than half of the country's combined tax revenue as coronavirus relief measures diminish traditional intake from levies.

This has buoyed the budgets of big cities such as Beijing and Shanghai, which are seeing sustained building booms, but has done little to help other cities where real estate markets are in a funk.

Due to tax cuts targeted at fighting the pandemic and the slowdown in economic growth, overall tax receipts collected by the central and local governments shrank 2.3% to 15.43 trillion yuan in 2020, the first decline in 44 years. This put the intake from land sales at 55% of that figure, up from 26% in 2015.

Chinese municipalities often sell land to condominium developers. Local authorities also collect five other taxes relating to real estate, including one for using urban land. Revenue from the five taxes quadrupled over the decade through 2019 and expanded to 25% of local government receipts. Figures have yet to be disclosed for 2020.

In the top tier cities of Beijing, Shanghai, Guangzhou and Shenzhen, the extra liquidity from coronavirus relief has sent an influx of money into their property markets. Condo sales have picked up.

At the other end of the scale, acreage sold in the cities of Tianjin and Zhengzhou shrank in 2020 from the previous year, causing budget receipts there to undershoot forecasts.

The coronavirus left deep scars in those cities, and demand for real estate failed to recover. At a November land auction in Tianjin, no developers showed up to bid, according to local news reports. Tianjin, a northeastern coastal city, ended up with a budget shortfall of more than 40% in 2020 after recording a deficit the previous year.

Infrastructure investment is driving China's economic recovery from the coronavirus, and this increased investment only raises the pressure for governments to repay the debt.

Some cities are loosening residency rules as a way to prop up their property markets.

In January, Fuzhou stopped requiring applicants to submit their ages, occupations and academic record when they sign up for household registration. The city in southeastern China aims to attract not only more highly skilled professionals, but also additional migrant workers coming from rural areas.

Fuzhou was home to 7.1 million people in 2019 based on household registry data. "Our goal is to top 10 million people by 2035," a senior city official told Chinese media.

Suzhou will open household registries to those living in rental units, bucking the trend in several cities of limiting this privilege to homeowners. Home registry opens the door to better public services, which would attract new residents.

The coastal city of Qingdao is easing rules that restrict household registries to professionals with superior academic backgrounds. Even Guangzhou, with its robust real estate market, is proceeding with similar measures.

"As the working population contracts, cities look to secure labor and high-level professionals while the cities still project strong appeal," said an observer.