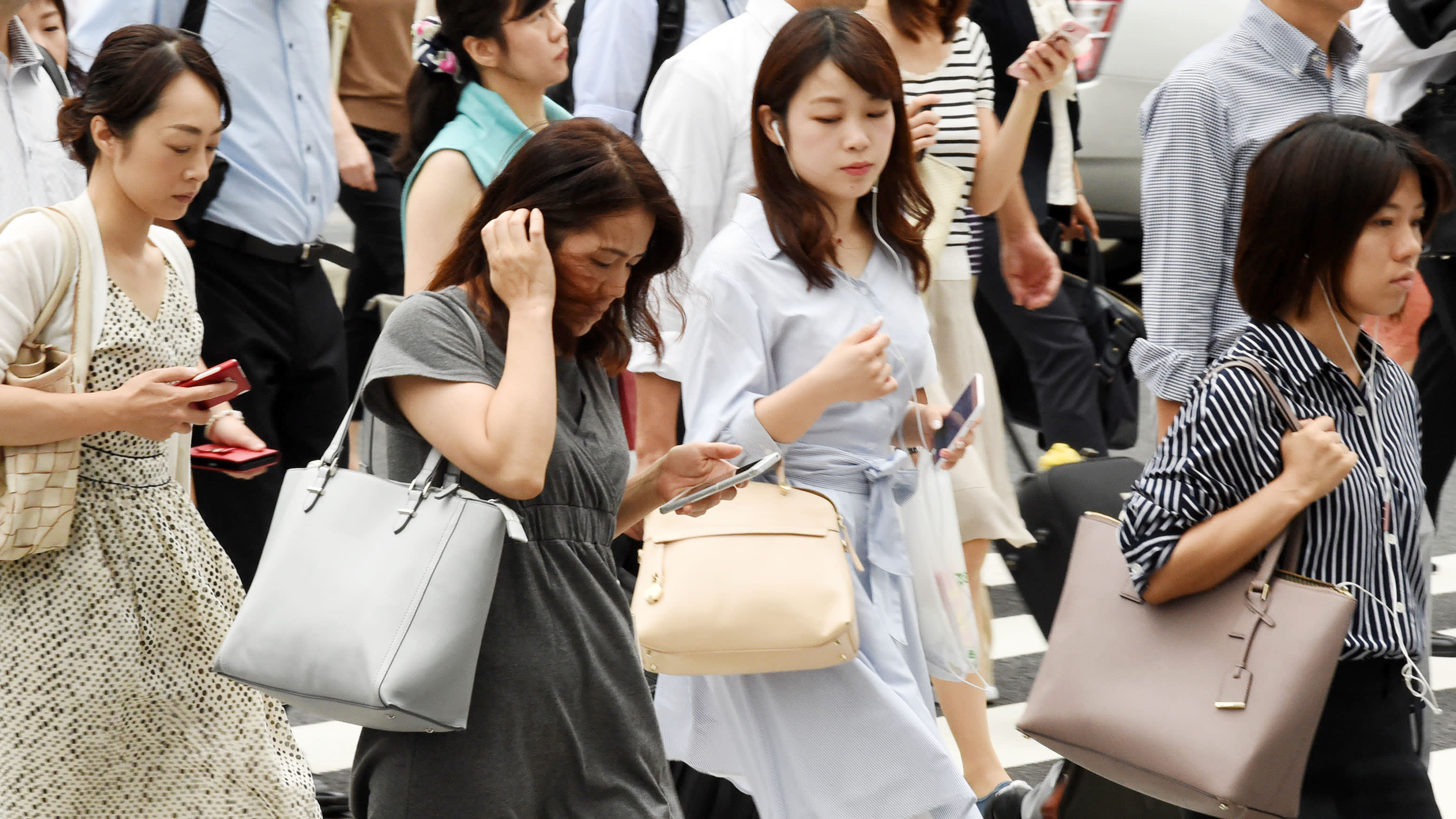 TOKYO -- The employment rate among women in Japan between the ages of 15 and 64 reached 70% for the first time in August, government data showed on Friday, reflecting a deepening labor shortage due to demographic pressures.

The rate ticked up 0.1 of a percentage point from a month earlier, according to the Ministry of Internal Affairs and Communications, with many women taking on part-time positions. The ratio of employed men and women in the same age range also rose 0.1 of a point to 77%, matching a record set in May.

The government wants to encourage the employment of women to shore up a shrinking workforce, as the population declines. It aims to raise the ratio of employed women of child-rearing age -- the 25 to 44 bracket -- to 80% by the end of fiscal 2022. The ratio for August stood at 76.7%.

Meanwhile, the active job openings-to-applicants ratio for August remained at a seasonally adjusted 1.63, unchanged on the month, the Ministry of Health, Labor and Welfare announced the same day. The reading is at the highest level in 44 years.

The unemployment rate for the same month fell 0.1 of a point to 2.4%, the first improvement in three months.

The active openings-to-applicants ratio shows the number of job postings for every individual looking for work. August marked the fourth consecutive month that the ratio reached or exceeded 1.60. The seasonally adjusted ratio of openings to applicants for permanent positions was 1.13, maintaining a record level for the third month running.

The construction, transportation and medical industries are hiring especially actively. 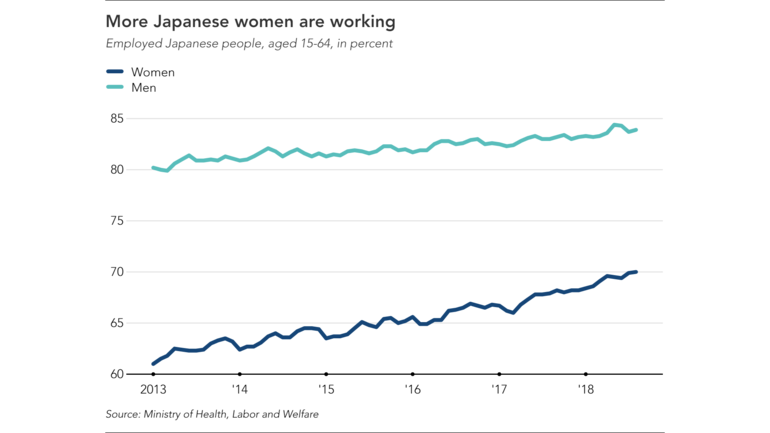 While experts anticipate high demand for women will persist, some warn of a mismatch between workers and employers.

"More women want to be administrative assistants than are needed, while the labor shortage is a big issue in industries including nursing and transportation," said Naoki Hattori, senior economist at Mizuho Research Institute. "Introducing part-time jobs in such sectors to promote flexible work is necessary to attract female workers."

As for the bigger picture, despite the aging population and falling birthrate, leading economic indicators suggest the worker-friendly job market may soon peak.

The number of job offers in August, again seasonally adjusted, dropped 0.03% from the previous month to 964,103. It was the second consecutive month of decline.

Offers in the hotel and restaurant industry, in particular, fell 3% -- declining for the fifth straight month. This shift is being attributed to a slowdown in international tourist traffic to Japan, due to the recent earthquake in northern Osaka and flooding in the west of the country.