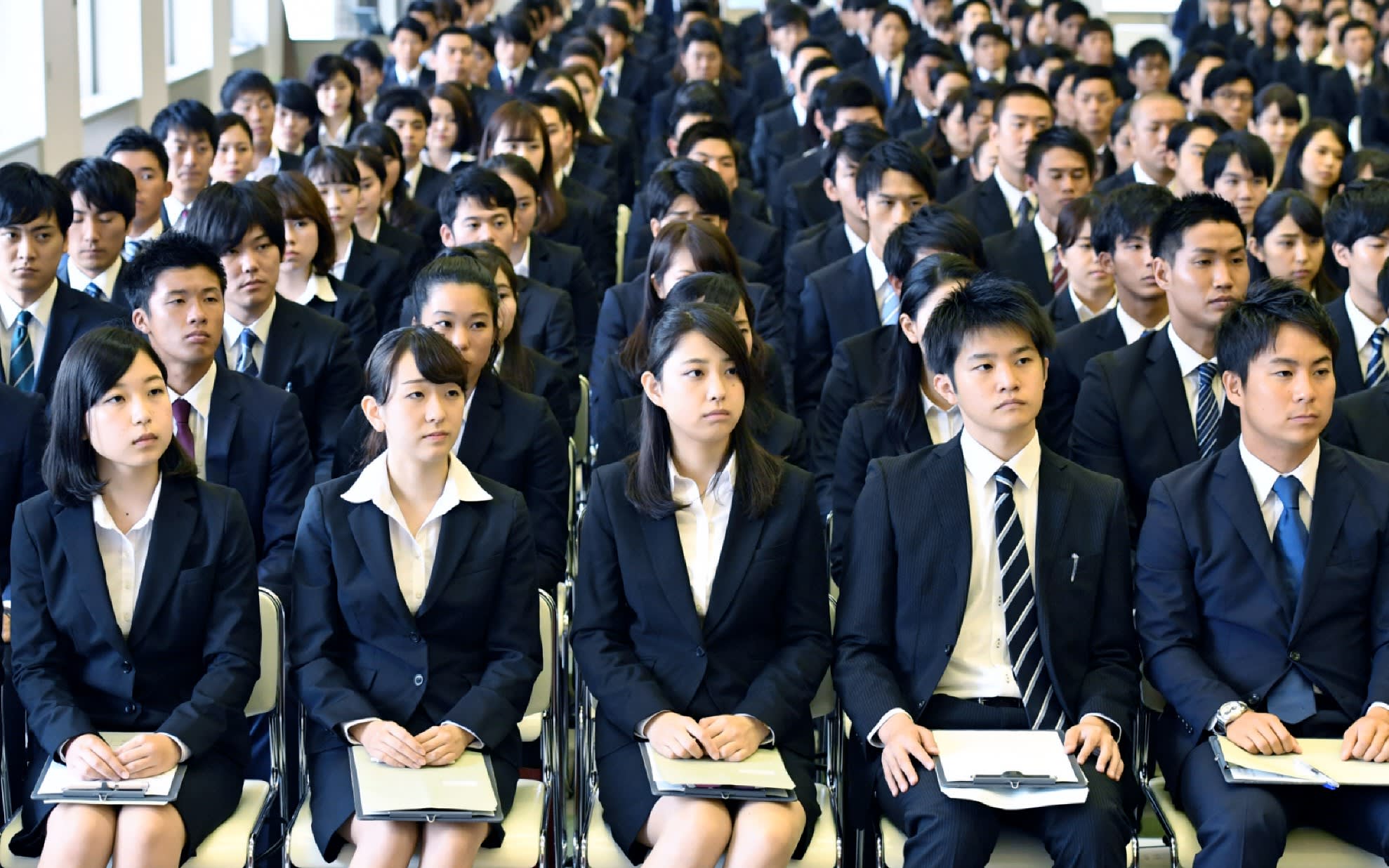 TOKYO (Kyodo) -- A record-high 98.0 percent of newly minted university graduates in Japan have landed jobs at the beginning of this fiscal year in April, government data showed Friday, reflecting the nation's recovering economy.

The employment rate of job-seeking graduates rose 0.4 percentage point from a year earlier, up for the seventh consecutive year, in an annual survey conducted since 1997 by the labor and education ministries.

Aided by firms' increasing appetite for recruitment, the rate of university students seeking jobs also increased to 75.3 percent, the highest on record.

A labor ministry official attributed the rises to an economic turnaround that has provided students with bigger opportunities to apply for positions that matched their preferences.

The employment rate among new high school graduates who sought jobs as of the end of March gained 0.1 percentage point to 98.1 percent, up for the eighth straight year.

The labor ministry official said there may have been more science graduates who sought to land jobs at companies of their first choices even if that meant they have to spend one more year to obtain qualifications demanded by some firms.

With around 8,200 new university graduates estimated to remain jobless, the Ministry of Health, Labor and Welfare said it will continue to support their efforts to secure employment.

Twenty-four national and public universities and 38 private universities were picked for the survey that covered some 4,800 students. Each university interviewed students to track their employment situation.

The new university graduates' employment rate recovered from a record low of 91.0 percent in the spring of 2011, weeks after the March earthquake and tsunami disaster struck northeastern Japan.

In a separate survey that covered all high school students in Japan, around 188,000 students sought jobs out of around 1,061,000 students.

The seller's market is expected to continue this fiscal year on the back of labor shortages except for some industries such as major banks, which have decided to slash new hires, experts said.

According to Recruit Career Co., the proportion of students who secured informal job offers for the next fiscal year stood at around 43 percent as of May 1, up 7.7 percentage points from the previous year.