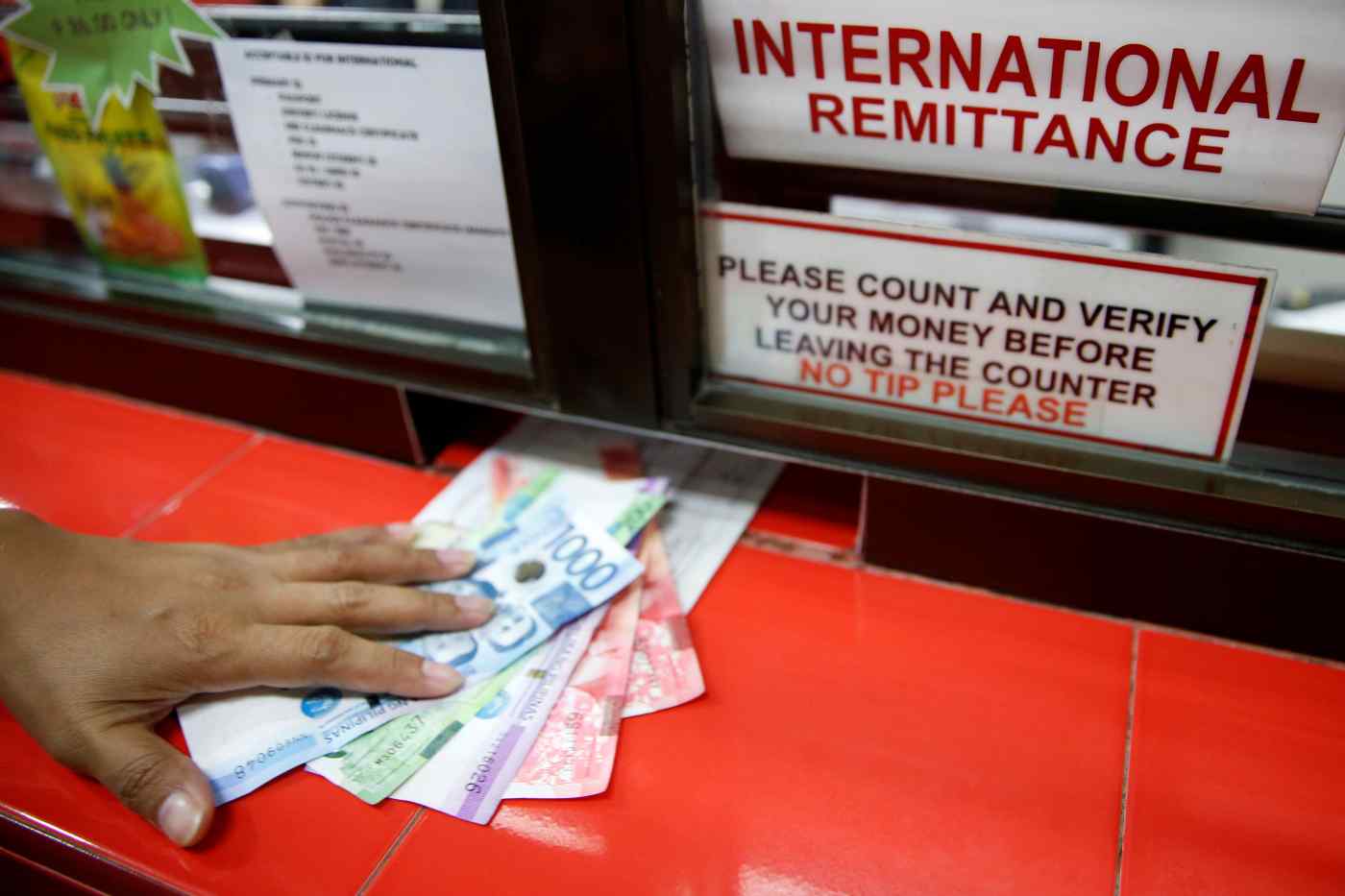 After India and China, the Philippines has the third highest amount of remittance inflows in the world.   © Reuters
MIKHAIL FLORES, Nikkei staff writerFebruary 15, 2019 18:43 JST | Philippines
CopyCopied

MANILA -- Filipinos working overseas sent more money home last year than ever before, but the growth in remittances slowed for a second straight year amid trade tensions and sluggish global growth.

The amount of cash sent back to the Philippines rose 3.1% to $28.9 billion, the Bangko Sentral ng Pilipinas said on Feb. 15. The pace of growth hit the central bank's revised target but was less than its original goal of 4%.

The deceleration echoes the Philippines's overall growth, which to 6.2% in 2018 -- the slowest in three years. Remittances are a key pillar of the nation's economy, with money sent from the more than 10 million people working abroad account for a tenth of the country's growth domestic product. The cash helps to fuel consumer spending -- the nation's main growth driver -- and boost the central bank's foreign currency reserves.

The slowdown is expected to continue, with the BSP projecting similar growth of 3% this year.

The World Bank estimates global growth eased to 3% last year -- from 3.1% in 2017 -- and is poised to continue declining over the next two years as the U.S.-China trade conflict remains unresolved and manufacturing loses steam globally. The U.S., which accounts for more than a third of total remittances, grew 6% on the year to $10 billion. Growth in America offset the 15.3% decline from the Middle East, where some 2.5 million migrants work, amid a repatriation program for undocumented foreign workers.

After India and China, the Philippines has the third highest amount of remittance inflows in the world. Higher salaries and better benefits attract many Filipinos to work overseas. 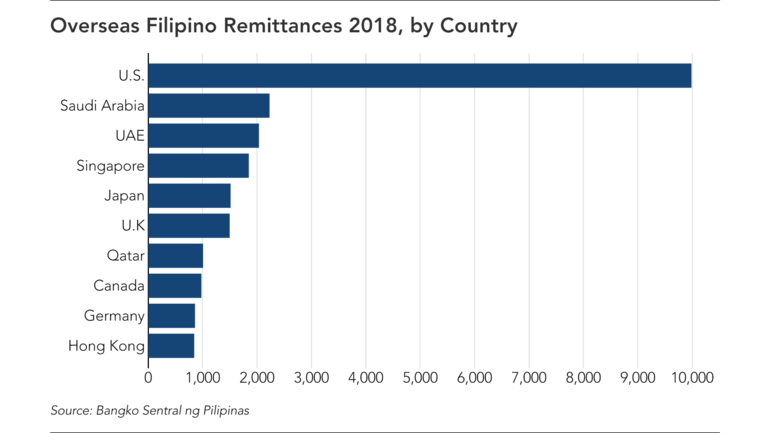 "Growth in remittances is likely to stabilize in the low single digits over the medium term as growth moderates in the West and growth in overseas Filipino workers faces a structural slowdown," Narayanan said. "Monthly remittances are likely to remain volatile, as they tend to be timed with moves in the currency market."