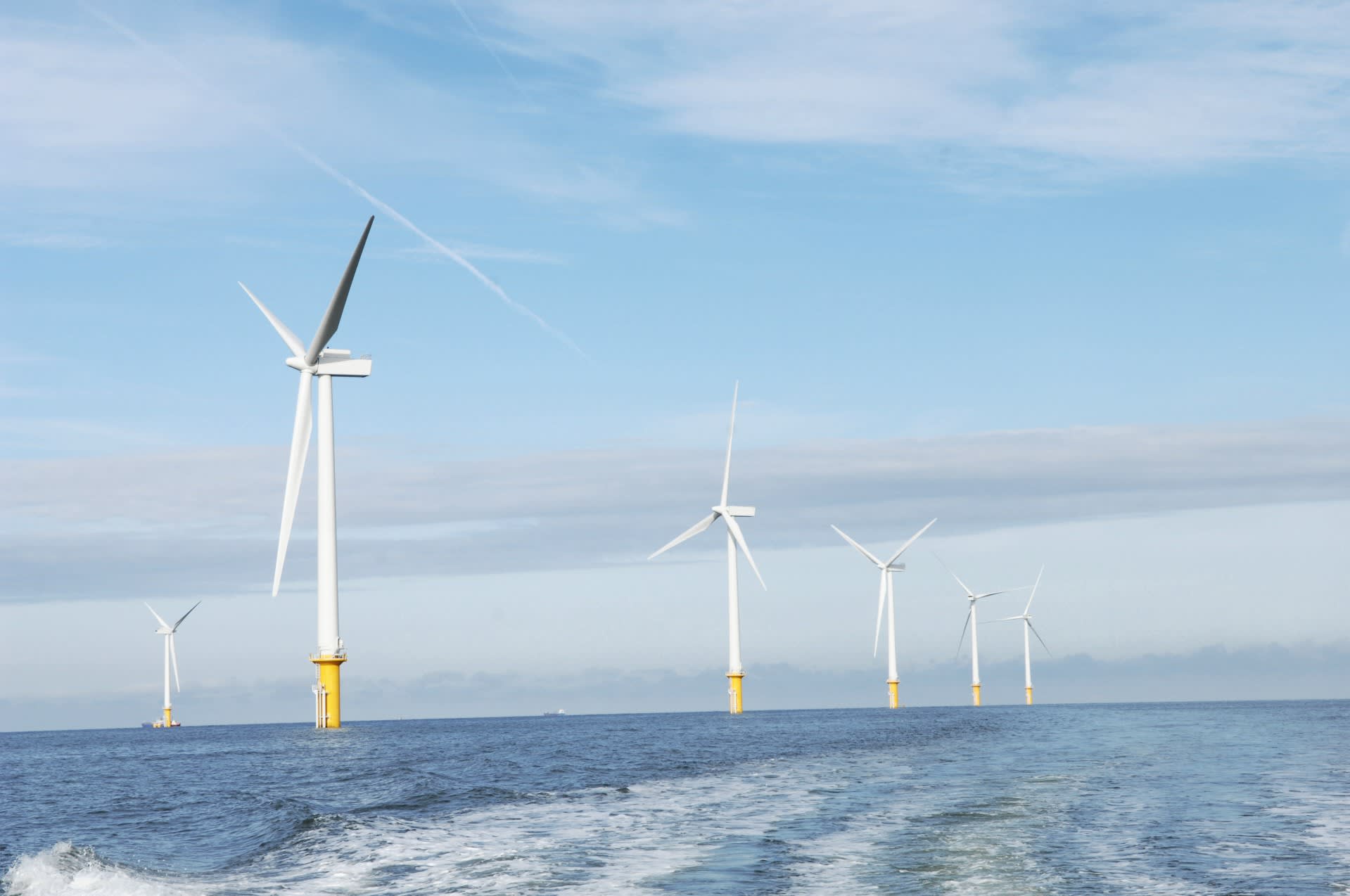 FRANKFURT, Germany -- Renewable energy is growing cheaper to produce, with bid prices for solar and wind power projects in Europe and the Middle East dropping to levels comparable with coal-fired thermal power.

Renewable energy has been notoriously costly in the past, but many countries began to subsidize it in the 2000s in an effort to fight global warming and diversify their energy sources. Costs of equipment and construction have slid as the market expands, pushed further down by the migration toward a bidding system for construction projects in Europe and elsewhere.

A number of Western companies in such fields as information technology have begun buying all their energy from renewable sources as prices fall.

Offshore wind power holds promise as a stable energy source. A spate of wind farms has risen in windy shoals in the North and Baltic Seas. Vattenfall, Sweden's biggest energy producer, in November won a tender by the Danish government to build a 600-megawatt offshore wind farm in the Baltic Sea, at a strike price of 4.99 euro cents (5 cents) per kilowatt-hour.

Vattenfall is the world's No. 2 producer of offshore wind power. Its bid to build the Danish farm undershot a previous record low of 7.27 euro cents per kilowatt-hour, which global leader Dong Energy of Denmark made last July for a wind farm off the Dutch coast.

Petroleum giants are moving into offshore wind power as well, smelling a growth market. A coalition led by Anglo-Dutch concern Royal Dutch Shell in December won a tender to build a 700MW Dutch wind farm, bidding 5.45 euro cents per kilowatt-hour. Japan's Mitsubishi Corp. was a minority shareholder in this venture.

DEWA also awarded an alliance led by the state-owned Abu Dhabi Future Energy, or Masdar, with a solar project at a strike price of 2.99 cents per kilowatt-hour. The long sunlight hours in the Middle East make it reliable for stably producing solar energy.

The IEA found that in 2015, renewable energy output capacity reached 153 million kilowatts, cumulatively surpassing coal-fired thermal power for the first time. It comprises only 14% of the world's total energy output, due to its low generating efficiency, but the IEA estimates that by 2021, it will exceed a figure "equivalent to the total electricity generation of the United States and the European Union put together today."

U.S. President Donald Trump promotes the use of domestic coal and oil, and has shown a negative attitude toward measures to combat global warming. This may prove a headwind to American businesses concerned with climate change, but renewable energy itself is becoming a more economical choice. Many believe that regardless of U.S. policy, the renewable wave will continue to spread globally, as French energy company Engie predicts.