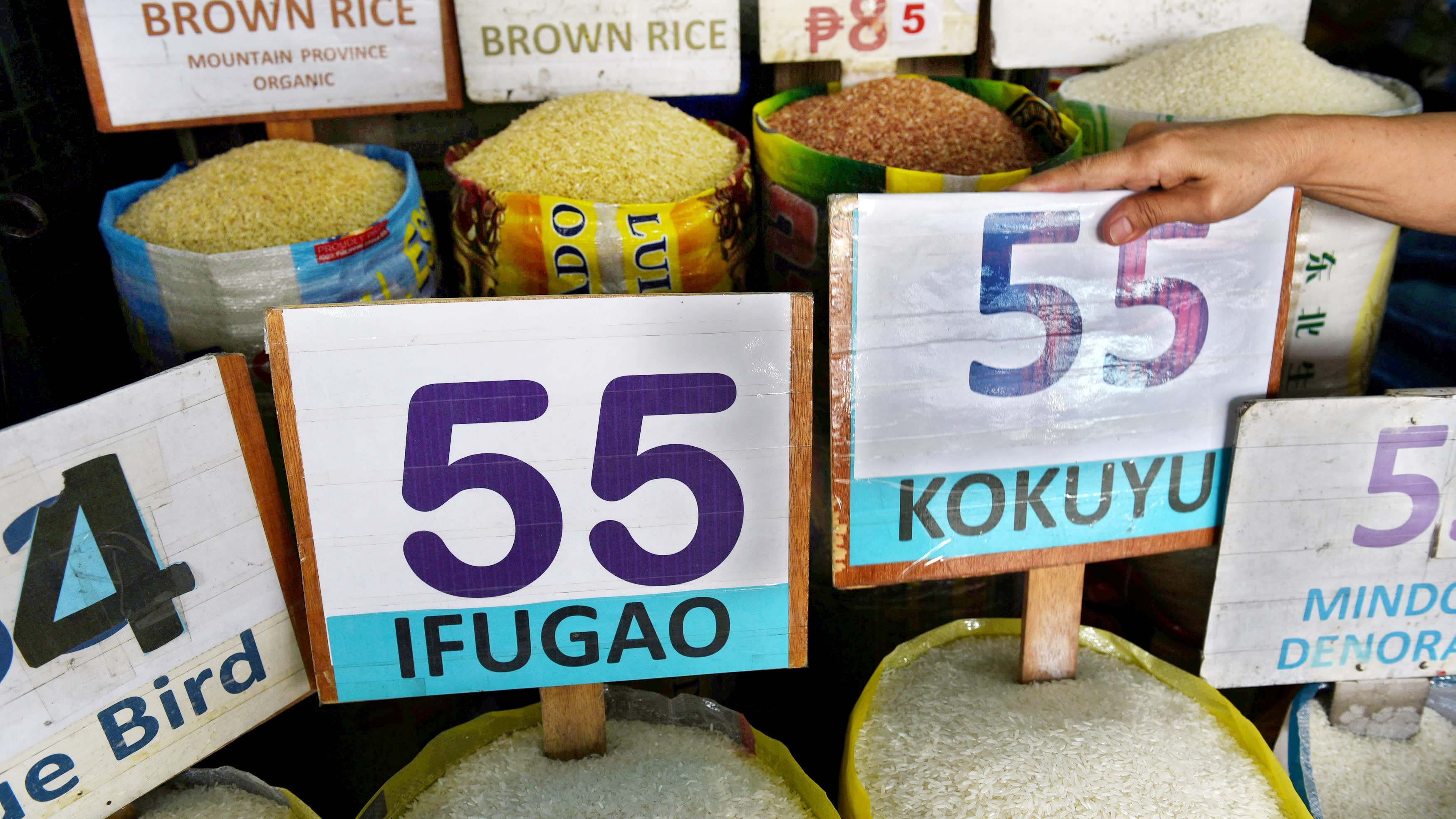 MANILA -- Inflation in the Philippines hit a new five-year high in May, raising the prospects that populist President Rodrigo Duterte may have to relax import restrictions on rice to bring prices down, a move opposed by farmers.

Inflation hit 4.6% in May, the highest in at least five years, the government said on Tuesday, bringing average price increases for the year above the central bank's target of 2-4%. Nestor Espenilla, the country's central bank governor, said inflation remains generally elevated, despite falling below market expectations.

"The Monetary Board will consider what further adjustments are necessary to firmly anchor inflationary expectations," Espenilla said. The BSP will meet next month to review its monetary policy.

The government's economic team has likewise moved to calm the public over rising prices in two rare press conferences. "We know that we are going through a challenging period," Diokno said.

Diokno said Congress must fast-track the enactment of a bill that would relax current strict restrictions on rice imports and instead slap high tariffs on them that would ease prices. The import restrictions were first put in place to protect local farmers. Government economists said the bill would reduce inflation by 0.4 percentage points if it is passed in the third quarter.

Economists said the new policy on rice imports would benefit the country and help bring prices down, but could hurt rice farmers, at least initially.

"It's just really the transition from a protected rice sector to a more open rice industry and I think if there are ample safety nets in the transition for the rice farmers, then it should be net overall positive for the economy," said Jose Mario Cuyegkeng, senior economist at ING Bank in Manila.

The government has largely blamed international oil prices, which has risen 24% above its forecast for the uptick in consumer prices. The public, however, partly blames Duterte's tax reforms for the price spikes. The rise in global oil prices has coincided with the government's implementation of its first package of tax reforms this year that slashed personal income tax and hiked levies on oil and other commodities.

Consumers and lawmakers now want the government to suspend the implementation of the tax reform for inclusion and acceleration (TRAIN) which is expected to net an additional 90 billion pesos ($1.72 billion) in government revenues.

But government officials said that the revenues were much-needed.

"Suspending TRAIN and adopting other band-aid solutions will only have a minimal and short-term impact on inflation and will stifle our growth," Diokno said. Duterte has left Congress to decide on whether the implementation of the reform package should be suspended