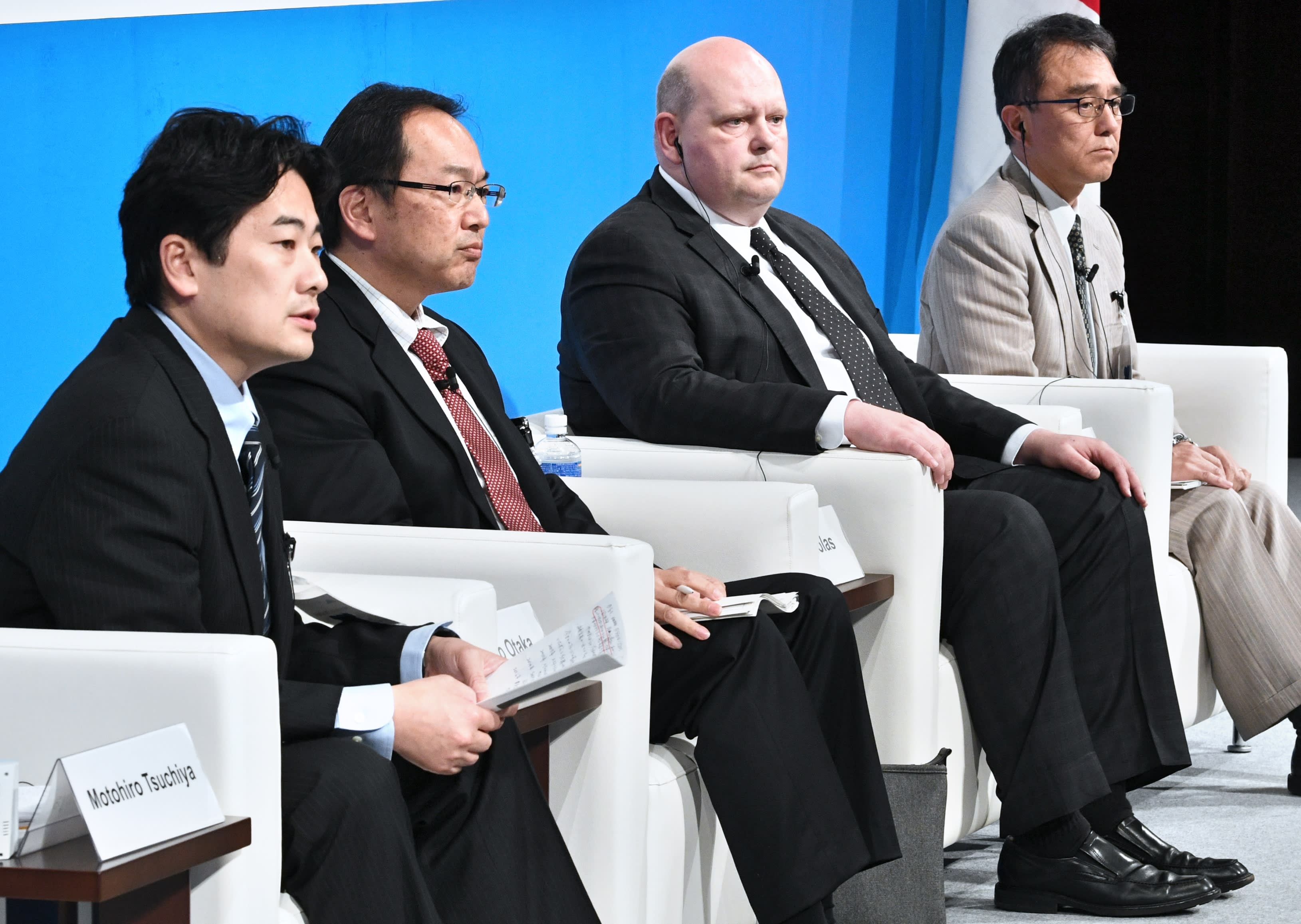 Masato Otaka, second from left, and Paul Nicholas, third from left, discuss cybersecurity at the Mount Fuji Dialogue in Tokyo on Oct. 28.
Economy

TOKYO -- Japan and the U.S. need to join forces to confront the challenge of cybersecurity, Microsoft Senior Director Paul Nicholas said in Tokyo on Saturday.

Nicholas told the Mount Fuji Dialogue -- a conference of politicians and businesspeople -- that a new security framework is needed in light of the world's rapidly growing volume of data. He called for public-private efforts to achieve this.

Masato Otaka, Japan's ambassador in charge of cyber policy and deputy director-general of the Foreign Ministry's Foreign Policy Bureau, said Japan holds regular cybersecurity talks with about 14 countries. The deepest discussions, he said, are with the U.S.

Otaka expressed concern about the price of inaction, noting that Japan has fewer cybersecurity experts than the U.S.

The Mount Fuji Dialogue is sponsored by the Japan Center for Economic Research and the Japan Institute of International Affairs.