Rural Chinese in no hurry to settle in cities after all 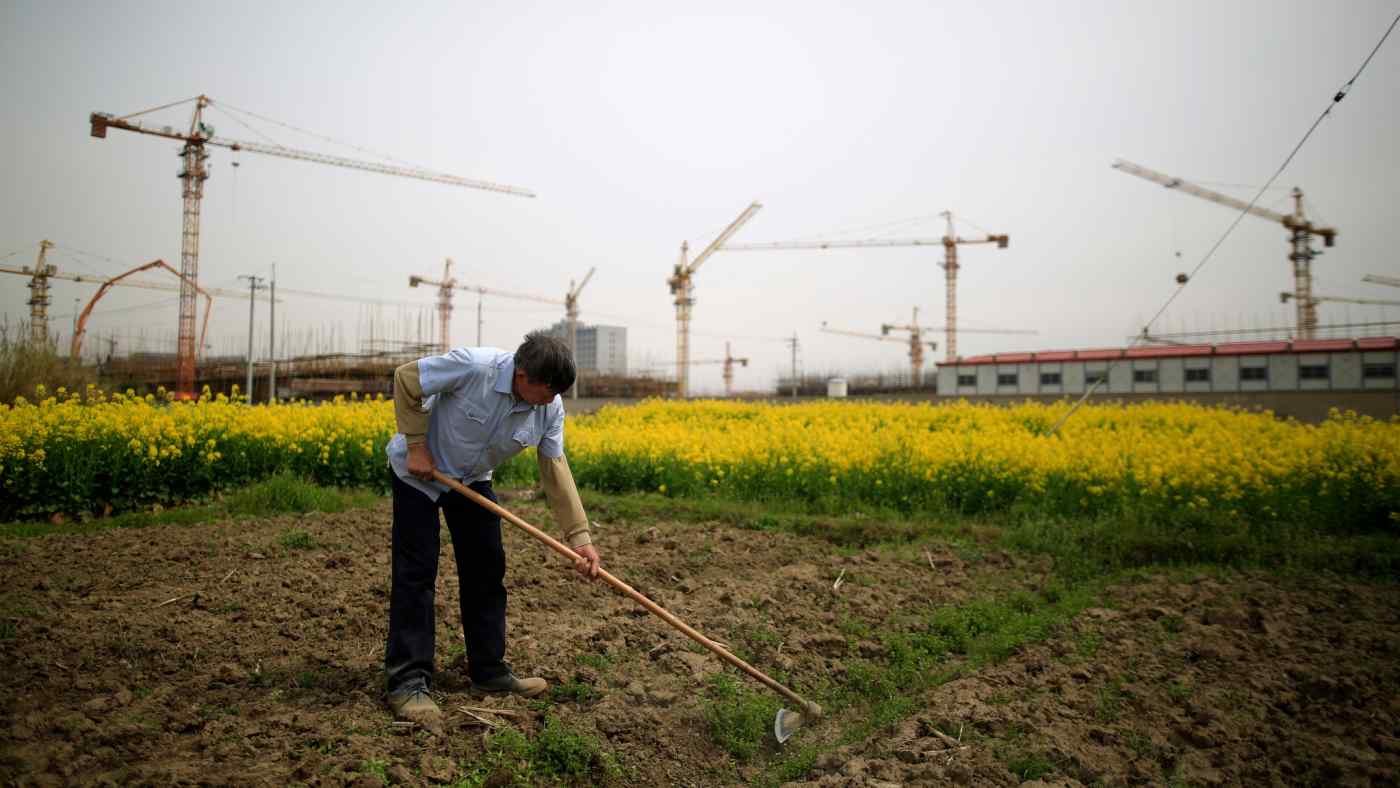 Some observers have associated China's hukou, or household registration system, with terms such as "apartheid" or "two-class society" because it divides the citizenry into two groups, urban and rural.

Under central planning, those with urban hukou were taken care of by the state from cradle to grave. Today urban hukou still convey eligibility for government jobs as well as subsidized housing, education and health care. Those with rural hukou have had access only to arable land as their main source of livelihood.

Given the seeming superiority of urban hukou over rural hukou, one might logically expect that rural Chinese would rush to convert their registration given the chance. Surprisingly, however, the responses to hukou reforms that have made such conversions easier has been rather underwhelming.

Consider how the hukou developed when Chinese were still largely immobile. The system reflected the age-old assumption that most people stay close to where they are born and to their families.

This assumption has become obsolete since the 1980s as hundreds of millions of rural Chinese have moved to urban areas. Such migration has propelled urbanization, with the share of the population living in cities soaring to 56% as of 2015 from 18% in 1978. The "floating population," a common indicator of migration in China, amounted to around 300 million in 2015, or 22% of the overall population.

Hukou is a major reason why migrants cannot settle down permanently in cities, why they circulate between city and country, why they leave behind their families, and why split households are so common among rural Chinese. Many inside and outside of China have long called for the abolition of hukou.

The government has in fact undertaken multiple hukou reforms that allow easier conversion from rural to urban registration. All have been based on the assumption that rural migrants are desperate for urban hukou.

On the contrary, a recent study conducted by Chuanbo Chen of Renmin University and me showed that hukou reforms have received only a tepid response. Floating Population Dynamic Monitoring Surveys by the National Health and Family Planning Commission conducted between 2010 and 2012 show that while more than 60% of respondents planned to stay in their destination cities for at least five years, only 22% were interested in converting their rural hukou to urban hukou. Only 12% were willing to give up their "contract land," known as chengbaodi, the farmland they are entitled to use by virtue of their membership in rural collectives.

These results are consistent with many other studies. A 2011 study of 20 cities by the Development Research Center of the State Council found that 84% of 7,000 rural migrants surveyed wanted to keep their contract land. A 2014 survey by the Sichuan Provincial Bureau of Statistics showed that 90% of migrant workers did not want urban hukou.

Programs that award urban hukou to select migrants have been met with disinterest. For example, the Guangdong Province city of Huizhou had allocated 60 local hukou to "outstanding migrant workers," but none of the eligible migrants from Guangdong were interested and only several migrants from other provinces took up the offer in 2009-2011. Nanjing offered a similar program, but only one out of the 50 selected outstanding migrant workers took advantage of the conversion opportunity.

Of more than 20,000 rural migrants in Jiangsu Province who were identified as outstanding migrant workers, only six chose to obtain urban hukou in the cities or towns where they worked. In Zhongshan, also in Guangdong, only 100 out of 30,000 eligible rural migrants sought to change their hukou.

If urban hukou are superior to rural hukou, why do rural Chinese not want to convert their status? The crux of this puzzle lies in changes in the relative value of the registrations: Rural hukou are gaining in value against urban hukou.

Urbanization has increased the value of compensation received for rural land in urban fringes and suburban areas due to planned or anticipated conversion for urban use. Given that rural land rights are tied to rural hukou, it is not surprising that migrants are reluctant to give up their rural hukou.

The Chinese government has also increased its support for rural areas. Agricultural taxes were abolished in 2006. Central government expenditures in rural areas increased sixfold between 2003 and 2013; agricultural subsidies and investment increased by more than 100 times between 2004 and 2011. Rural benefits for education, health care, retirement and subsistence have also improved substantially.

On the other hand, the value of urban hukou has depreciated. While in the past the state was the main urban employer and provider of benefits, over time the market has been increasingly assuming this role. Health care and pensions have gradually decoupled from urban hukou and become associated with the urban labor market.

In addition, the central government has recently promoted the principle that basic public services such as education, health care, culture and sports, transportation, public safety, housing, employment and a sustainable environment should be available to all citizens. In response, many cities have made available more public services to all residents regardless of their hukou. Although migrants without urban hukou do not enjoy the full range of benefits, they increasingly can access basic public services, reducing the need to seek urban registration.

This is not to say that urban hukou are no longer valuable. Current hukou reforms have been guided by the official principle of "fully removing barriers for peasants to settle in towns and small cities, reducing restrictions on settling in medium-sized cities in an orderly fashion, setting reasonable criteria for obtaining hukou in large cities, and strictly controlling the population size of megacities."

In other words, urban hukou in the largest cities where migrants actually live and work remain out of reach. At the same time, migrants tend not to view urban hukou in small and medium-sized cities as attractive. This mismatch between hukou reforms and migrants' locational preferences is key to understanding disinterest in the reforms.

In fact, many migrants who have changed their rural hukou to urban hukou would like to reverse this. A 2013 survey of 1,000 households who gave up their rural land for urban housing in Chengdu found that almost none were satisfied; their income had increased by 20% but expenditures had risen almost 60%. A survey of more than 1,000 peasants who moved to Chongqing permanently showed that more than one-third earned less than before and 40% were living in poverty. Pension insurance alone has depleted all the compensation they received by giving up their rural land. Unfortunately, urban-to-rural hukou conversions are increasingly difficult.

The experiences of rural Chinese who have obtained urban hukou and now face a significantly higher cost of living and an unsustainable future after losing their traditional source of income from rural land are certainly deterring others from taking the same path. This is a far cry from what policymakers anticipated. Instead of focusing on hukou reform, a more effective approach would be to look at measures that directly enhance migrants' well-being.

C. Cindy Fan is a professor of geography and vice provost for international studies and global engagement at the University of California, Los Angeles.