Saudi Aramco looks to Asia for its energy growth

As oil giant prepares a record-breaking IPO, new energies are entering the mix 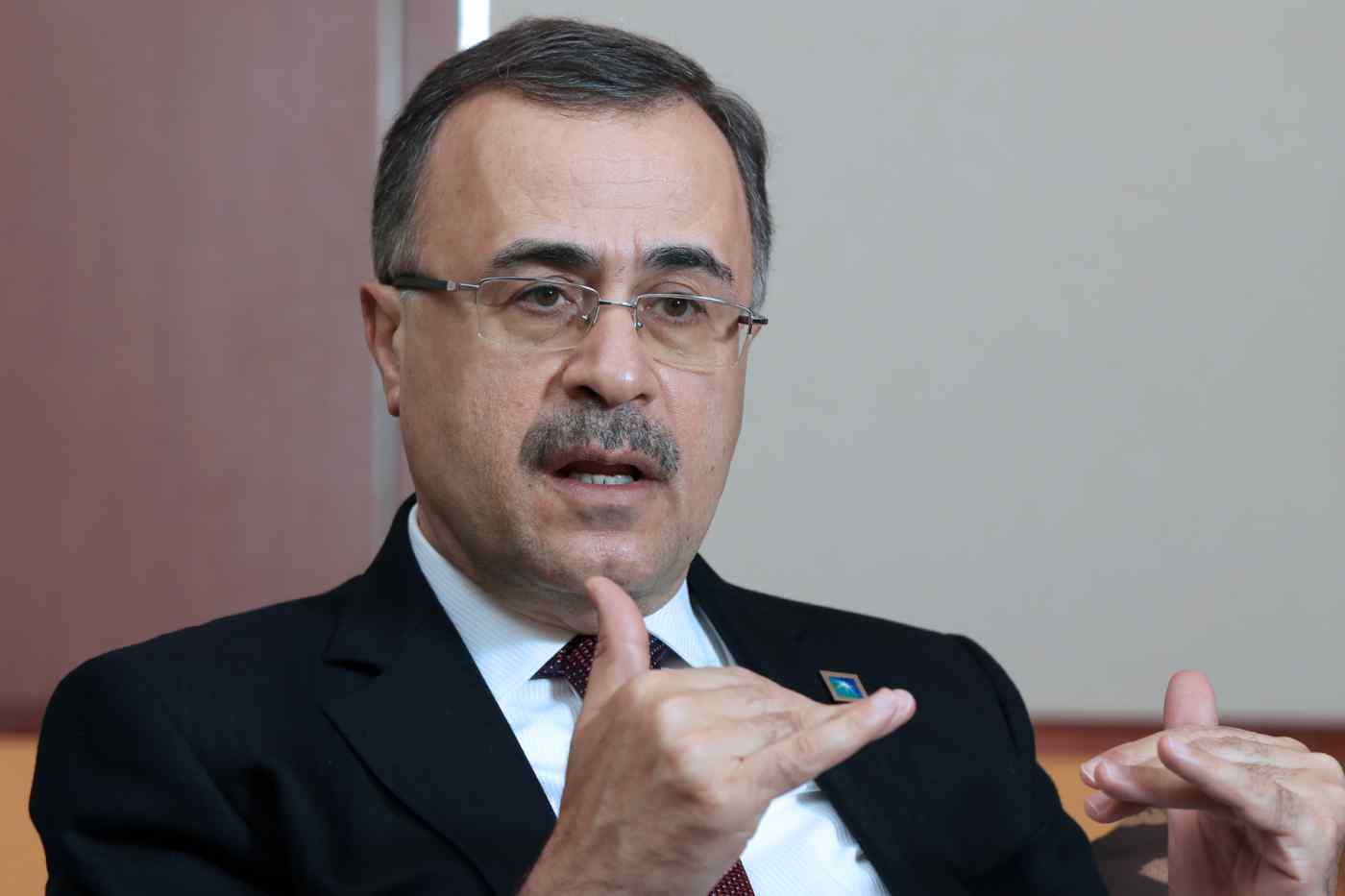 TOKYO Saudi Aramco, the state oil company of Saudi Arabia, wants to expand further in Asia as part of the kingdom's drive to diversify its economy, President and CEO Amin Nasser said in an interview in Tokyo.

"Saudi Aramco is looking at additional investments in China, and India is also a very important destination which we are giving great consideration, and [where we are] currently in discussion with some companies," Nasser said, suggesting that plans for an Indian refinery are crystallizing.

Asia is the most important market for Aramco. While oil demand in the developed world peaked in the 2000s, the region's burgeoning economies have huge petroleum appetites. The company -- formally Saudi Arabian Oil Co. -- has been steadily securing footholds across the region. It runs a refining and petrochemical plant in the Chinese province of Fujian, in partnership with state-owned China Petroleum & Chemical (Sinopec) and U.S. giant Exxon Mobil. During a monthlong tour of Asia last spring, Saudi Arabia's King Salman approved a massive investment in a project in Malaysia. Aramco is also participating in a project to upgrade a refinery in Indonesia.

India is a key missing piece -- but likely not for long.

Aramco is in the global spotlight this year, in particular because the Saudi government plans to float up to 5% of its shares. The initial public offering is expected to be a record breaker at $100 billion.

The location of the IPO remains an open question. The New York, London, Hong Kong and Tokyo exchanges have all courted Aramco, but Nasser would not say which bourse is favored. "Aramco has reviewed all the listing venues, and the shareholder [the government] will decide where to list the company in due course, taking into consideration factors such as liquidity and the legal structure," he said. "The government will also decide how much to list and when."

He did say he expects Japanese financial institutions to take part in the process as underwriters, or in other roles.

All of this ties in with Crown Prince Mohammad bin Salman's push to transform the Saudi economy -- an initiative known as Vision 2030. The goal is to build an economy that relies less on oil revenue and is powered by the private sector.

"The transformation of Saudi Aramco as part of Vision 2030 will clearly have an impact on Saudi Arabia in creating a more sustainable economy that is focused on diversification, industrialization and job creation," Nasser said. "We are an energy and chemicals company that is focused on further integration of our vast portfolio, which is driven by principles of value creation."

Aramco's own diversification efforts include talks with Japanese companies on the development of a commercially viable technology for making hydrogen from Saudi crude.

Rather than simply selling oil, Aramco wants to enter new, high-value-added fields and tackle environmental challenges. Since hydrogen does not produce carbon dioxide when burned, it is considered a promising source of clean energy. 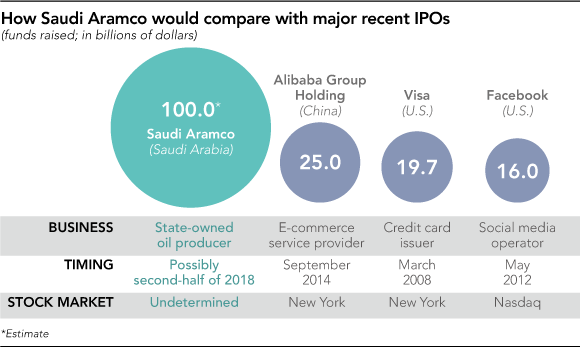 A Japanese source working with Aramco said the hydrogen project is part of state-level cooperation aimed at helping Riyadh carry out its reforms. Aramco and the Institute of Energy Economics, Japan, are leading the way, with Kawasaki Heavy Industries and Chiyoda among the Japanese companies on board.

"We have a lot of work going on, especially in the technology space to reduce carbon emissions and make our crude oil and products more commercially sustainable over the long term," Nasser noted, adding that Aramco also is working with Western automakers on creating more efficient engines. Nasser also expressed a willingness to invest in the development of overseas resources, such as natural gas -- something Aramco has hitherto avoided.

Saudi Arabia has never owned an oil or gas field outside its territory. But Aramco is now negotiating with a number of companies in various countries. Nasser also did not deny the possibility of producing liquefied natural gas from Saudi Arabia's rich gas reserves.

The country's big economic transition has brought some political turbulence. In November, the crown prince launched a sweeping anti-corruption campaign. Critics saw it as an attempt to push aside rival princes and certain businesspeople. Investors at home and abroad were shocked. But Nasser stressed it will serve the country well.

"The Saudi anti-corruption campaign," he said, "will enhance investor confidence and improve trust in the market."

As for oil prices, which have rebounded thanks to cooperation between the Organization of the Petroleum Exporting Countries and major non-OPEC producers, Nasser sounded optimistic. "Prices have been moving in the right direction, supported by healthy demand with inventory levels trending downward, and by the end of the year I anticipate the balance of demand and supply to be in much better shape."