Seoul to decide on new TPP membership by June 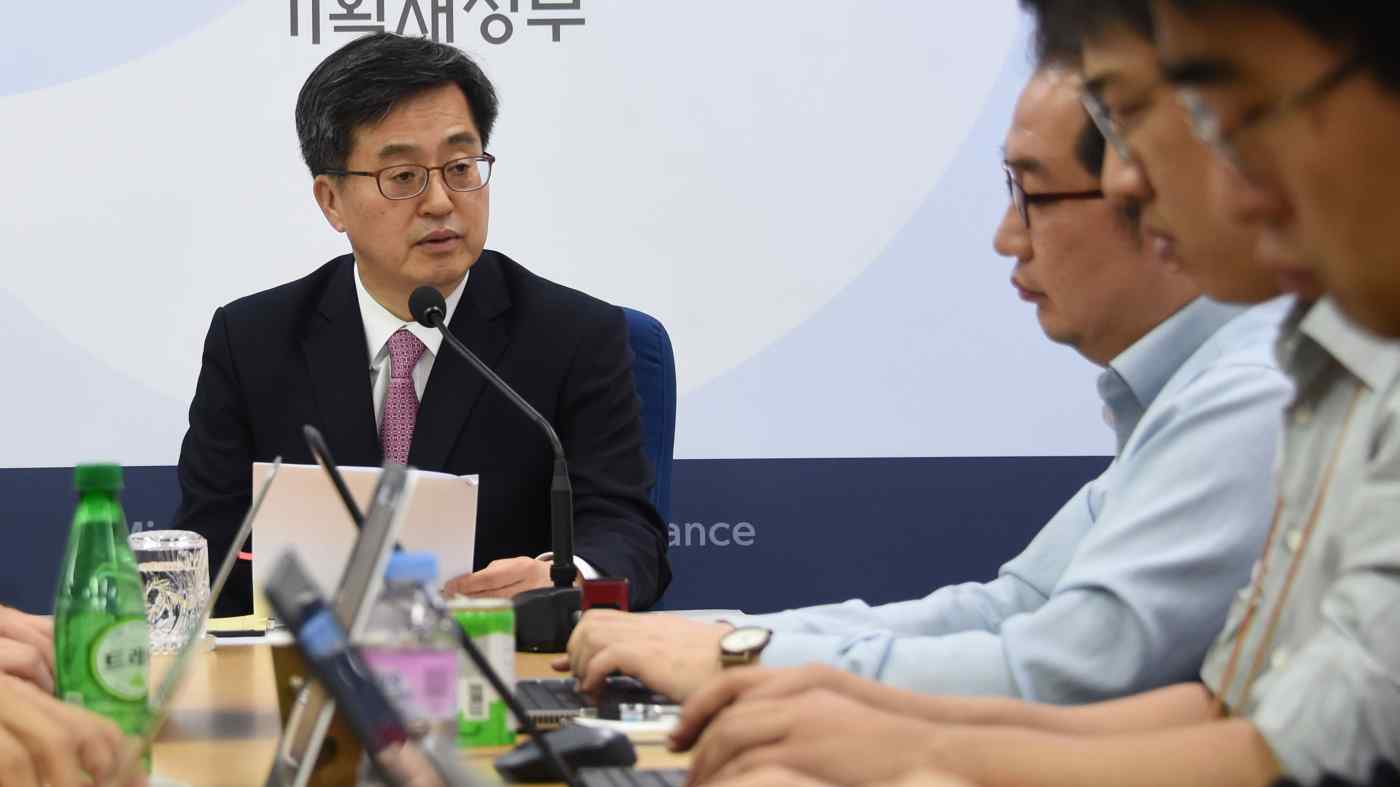 SEJONG, South Korea -- South Korea's finance minister said Tuesday that the country will decide by June if it will join a Japan-led 11-member economic bloc, as the U.S. widens protectionist measures against the export-driven economy.

Kim Dong-yeon said that the ministry will take a stand on the Comprehensive and Progressive Agreement for Trans-Pacific Partnership, after discussion with other government departments. Trade ministers from 11 countries gathered in Santiago, the capital of Chile, to sign the agreement earlier this month.

"We will make an agreement on this matter by the first half of this year through inter-ministry discussions," said Kim in his monthly press briefing. "We will take necessary process and actions [if we decide to join the bloc]."

His comments come as many countries are showing an interest in joining the bloc which constitutes 13.5% of the world economy, with Australia, Brunei, Canada, Chile, Japan, Malaysia, Mexico, New Zealand, Peru, Singapore and Vietnam as members.

Taiwan, Thailand, the Philippines, Sri Lanka and even the U.K. are all regarded as possible additions to a pact that will lay out the trade framework for the most dynamic region of the world.

Kim also said that the government was mobilizing all of its official and unofficial channels to avoid U.S. President Donald Trump's imposition of an additional 25% tariff on steel. "We take this as a serious problem. We spare no efforts to resolve this by mobilizing all possible channels."

He said that he had sent a letter to his U.S. counterpart Steven Mnuchin and will meet him at the meeting of the Group of 20 countries in Argentina next week.

"Relations between two Koreas improved and there is a possibility for summit between North Korea and the U.S. We expect this will be positive factors for our economy."