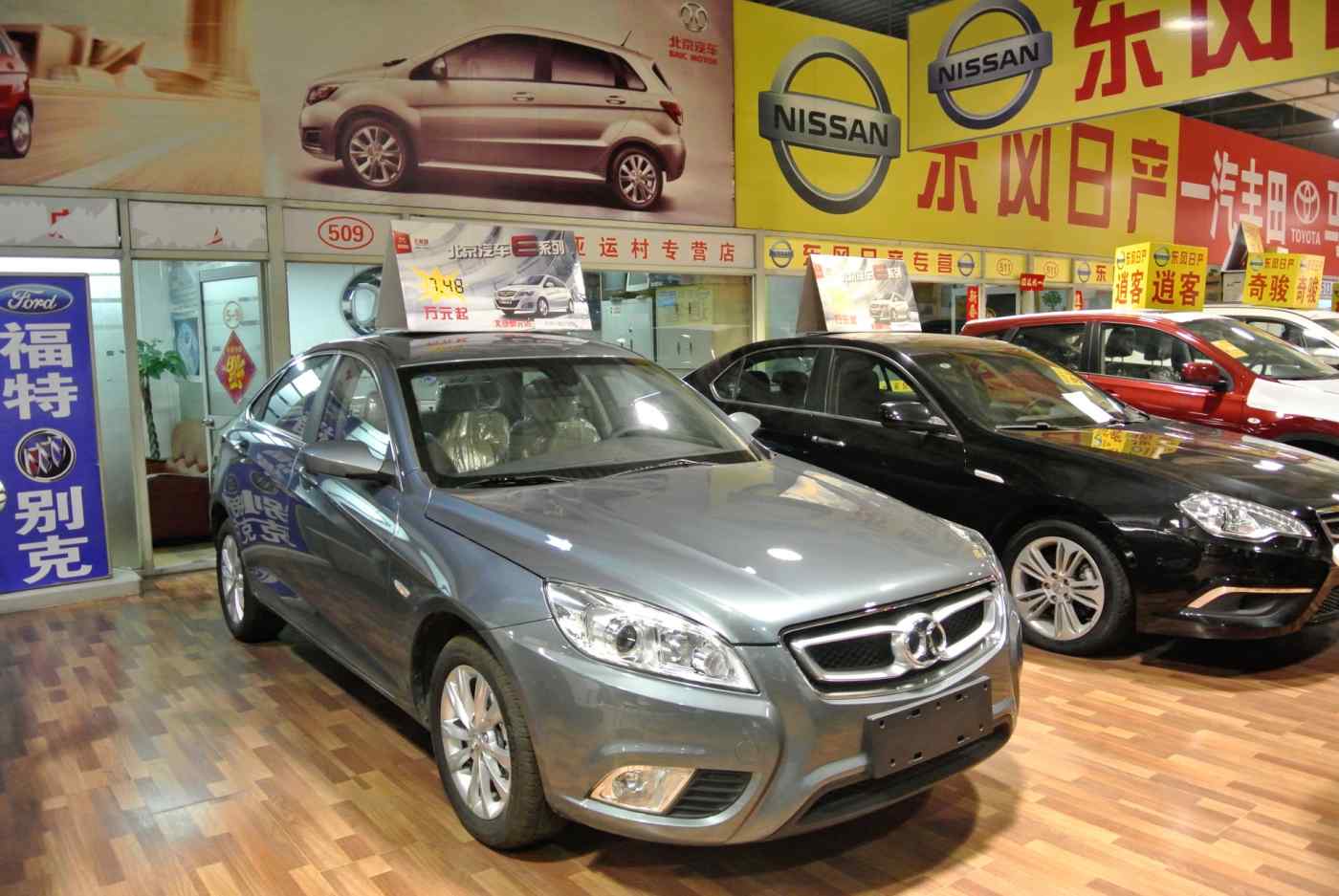 GUANGZHOU, China -- Excess automobile production capacity in China has become a serious problem that not only erodes the profits of automakers but could stunt the growth of the industry as a whole.

While the government is now taking action, slashing capacity will not be that easy.

China's auto output capacity is seen climbing more than 20% on the year to about 50 million units in 2015, according to data compiled by The Nikkei. But new-vehicle sales are projected to rise only 7% to a little over 25 million.

Production facilities could operate at just 50% of capacity rather than the appropriate level of 80% or higher. China is said to have as many as 3 million vehicles in inventory -- about half of the total number of cars sold in Japan in a year.

Even with sales sluggish from the economic slowdown, automakers fear losing market share and so are not letting up on expanding capacity. This has led to fierce price competition.

Many Chinese automakers are joint ventures between state-owned enterprises and Japanese, American and European manufacturers. Officials from such major carmakers as Nissan Motor and Honda Motor say that their companies are already embroiled in this discounting war, predicting that the profitability of their Chinese operations will suffer.

Earnings at private-sector Chinese automakers selling their own brands, such as BYD and Geely, have languished since the second half of 2014.

Foreign automakers are focused on strengthening business in China, making them unlikely to ship excess output from here to other markets. Sharply increasing exports of Chinese brands is also not an option, because they lack strength abroad. China exported only 900,000 or so autos in 2014.

The government is now starting to take the matter seriously. Updating investment guidelines in March, it took the unprecedented step of telling the auto industry to curb spending.

But this will not be enough. Although new investment will be strictly limited, dealing with existing excess capacity is the challenge, according to professor Tomoo Marukawa at the University of Tokyo's Institute of Social Science. Especially for government-affiliated automakers, concerns about maintaining employment will hamper streamlining of facilities.

The extra capacity resulted from major investments made around 2012, given the three-year lag between the decision to invest and the start of production at an auto plant. Back then, the market was expected to continue growing sharply. Roughly 60% of global automotive investment was in China.

The scramble for market share is also a factor. Market shares in China can swing more wildly than in more developed markets, so automakers place the highest priority on expanding capacity here to gain an edge in future competition.

Market leader Volkswagen of Germany will nearly double its Chinese capacity to 5 million units by 2019. Third-ranked player Hyundai Motor of South Korea will build two new plants to bump up capacity by 50%. Toyota Motor and Honda are working to expand capacity by 10-20%.

If the overcapacity problem is not resolved, the discounting war could escalate further and hamper the industry's growth.