Antimicrobial resistance could spread in Asia as meat-production surges 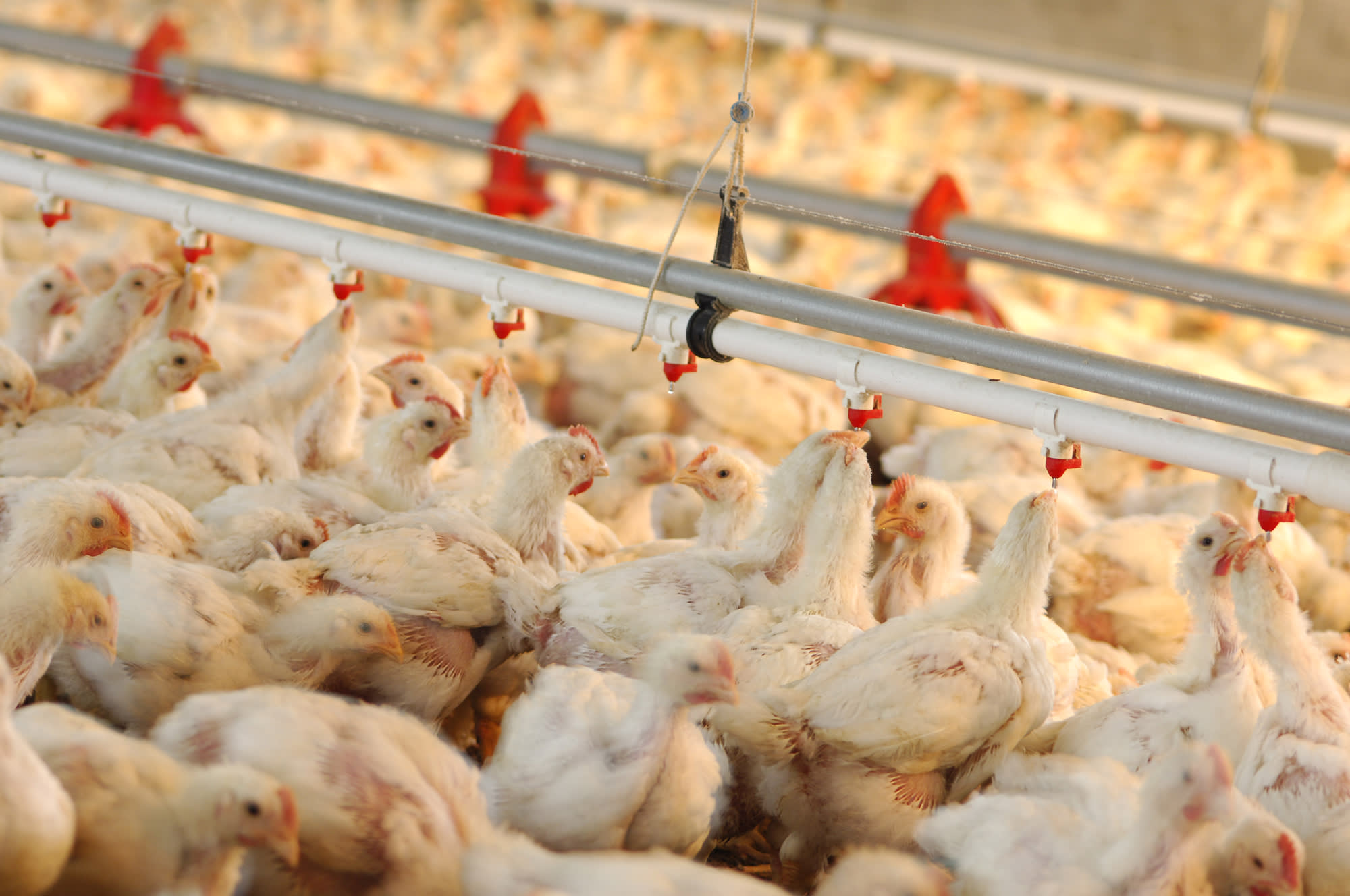 BANGKOK -- The fresh meat counter at a supermarket in Ari, a wealthy Bangkok neighborhood, has a new crop of signs to reassure customers eyeing trays laden with pink chicken parts. "Our chicken is health conscious," the pink and white signs tell shoppers, backed up by blue and white stickers asserting that the products, supplied by Betagro, Thailand's second largest poultry supplier, have been "raised without antibiotics."

The supermarket messages reflect growing concerns about the consequences for human health of the widespread use of antimicrobial drugs as aids to production in the food industry. Betagro's decision to stop the routine use of antibiotics is intended to protect sales of the 140 million birds it produces annually.

The 50-year-old company is still using antibiotics to treat chickens that fall sick in its factory farms, but says it plans to switch to natural alternatives. "Over the next three years we will even stop using antibiotics for treatment of sick broilers," said Rutjawate Taharnklaew, vice president of Betagro's research and development center.

Betagro's shift in policy comes in the wake of a 2016 campaign by international and local consumer rights groups to pressure global food brands such as McDonalds, Subway and KFC to use only antibiotic-free meat in their chicken menus, and to allow external experts to monitor their production lines. 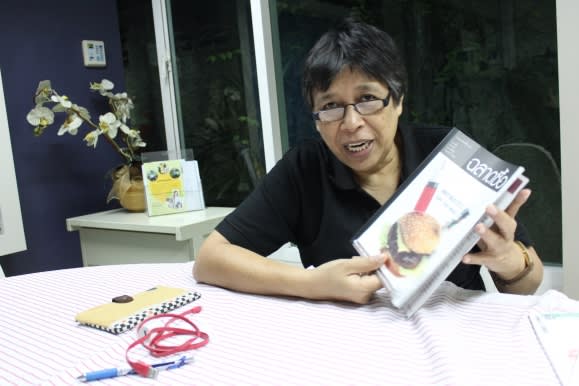 Saree Ongsomwong, secretary general of the Foundation for Consumers, makes a point about antibiotics in food at her Bangkok office. (Photo by Marwaan Macan-Markar)

Although the campaign was aimed at the three global fast food giants, it also ruffled feathers in Thailand. In October, Charoen Pokphand Food, Thailand's biggest domestic poultry producer, said it would require all its Thai-based and foreign business units to stop using antimicrobials that are "medically important for human medicine" to fatten poultry.

Antimicrobials are substances that destroy or inhibit the growth of microorganisms but cause little or no damage to their hosts. The group includes antibiotics and a number of other substances such as antiviral and antifungal medicines.

"Antibiotics use in animals has grasped global attention as it concerns food safety and public health," said Adirek Sripratak, CPF's CEO, explaining the company's policy shift. However, CPF said its global supply chain would continue using antibiotics for "therapeutic" use, under veterinary oversight.

The Foundation for Consumers, a Thai consumer rights campaign group, has put the 40 companies in Thailand's poultry production sector on notice that it plans to hold keep up the pressure on antibiotics. With the help of a Bangkok-based lab equipped for the task, the foundation has begun conducting random inspections of chicken served at fast food outlets.

"Our tests have prompted a response from the poultry industry, because they know we can reveal chicken contaminated with antibiotics," said Saree Ongsomwang, secretary general of the foundation. One round of tests on 18 samples of chicken revealed antibiotic residues in one sample, she said. The foundation is planning another round of testing in early 2018.

Kitchen of the World

Thailand's official food production policies are geared to meet an ambitious government vision for the country to become the "Kitchen of the World." The poultry sector, which has grown from small farms to industrial-scale factories, accounts for more than half the meat and feed produced annually.

The industry produced 1.2 million tons of chicken in 2015, of which 70% was consumed domestically, according to the Office of Agricultural Economics, a government agency. Production was 40% higher than in 2004, and Thai chicken exports to the European Union, Japan, Malaysia, South Korea and Singapore have made the country the world's third largest exporter of chicken meat after Brazil and the United States.

However, the chicken boom has left a worrying trail, according to public health advocates, who point to the spread of antimicrobial resistance (AMR) in patients. AMR causes about 38,000 deaths a year among Thailand's 69 million people, compared with 25,000 among the hundreds of millions living in Europe, according to a study by the Thai Ministry of Public Health.

The study, "Thailand's National Strategic Plan on Antimicrobial Resistance 2017-2021," put the country's "overall economic losses" from AMR at as much as $1.2 billion a year. The study said there were two main reasons for the spread of AMR: direct consumption of antibiotics, which are easily available in pharmacies, and indirect consumption through antibiotic-laced meats.

But Thailand is not alone in facing a potential AMR crisis. Concerns have been mounting that developing countries across Asia will record a spike in cases. ReAct Asia-Pacific, the regional arm of a Swedish-based global network on antibiotic resistance, warns in an upcoming report that AMR will rise significantly due to increases in meat consumption, particularly in China, India, Indonesia and Vietnam.

"Nearly all the classes of antimicrobials that are used for humans are also being used in food for animals -- including the newest classes of drugs," the report says.