Singapore GDP decline slows to 7% in Q3 after reopenings 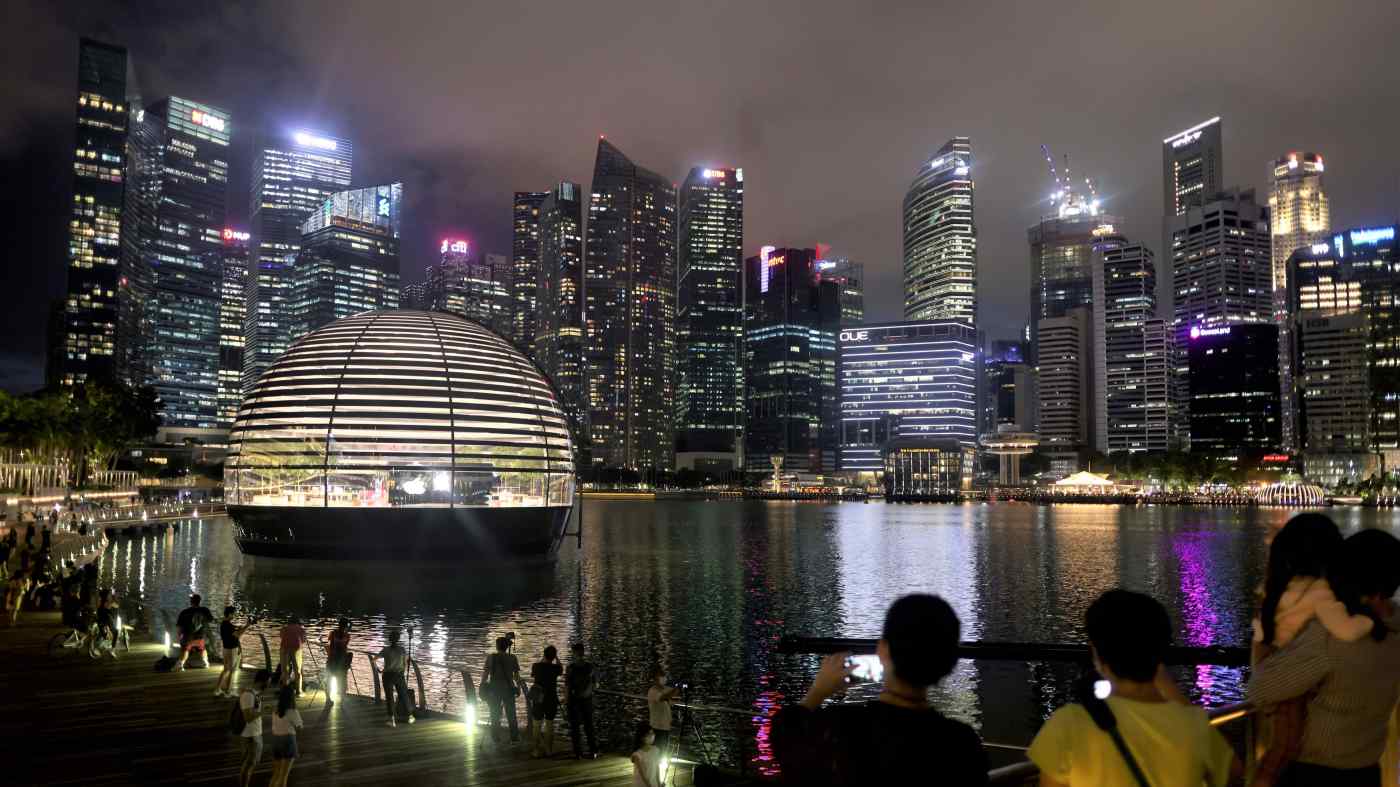 SINGAPORE -- Singapore's economy shrank 7% on the year in the July-September period, the government's preliminary data showed on Wednesday, marking a third consecutive quarter of contraction due to the coronavirus pandemic.

The latest performance, however, suggests the country's economy is starting to recover from the worst of the crisis. In the April-June quarter, during which most workplaces were closed, the city-state suffered a revised 13.3% year-on-year contraction -- its worst result on record -- and entered a technical recession.

On a quarter-on-quarter basis, the economy grew 7.9% in the third period.

The improved performance came "on the back of the phased reopening of the economy following the Circuit Breaker that was implemented between April 7 and June 1," the Ministry of Trade and Industry said in a statement, referring to the period of sweeping workplace and school closures.

The services sector fell 8% from a year earlier, while the manufacturing sector was up 2% and the construction sector declined 44.7%.

The ministry noted that the aviation and tourism sectors "continued to see significant contractions" and that trade-related services sectors were also "weighed down by weak external demand." 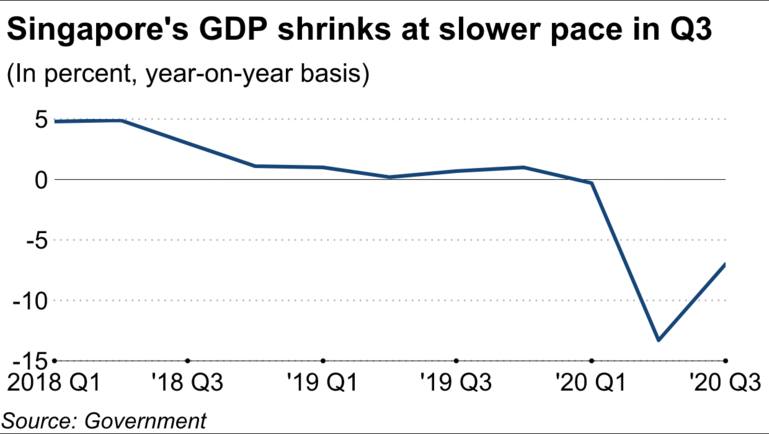 As a regional trade and transport hub, Singapore has been hit hard by the global travel restrictions brought on by the pandemic. In addition, construction activity was affected by virus clusters in dormitories for migrant workers, many of whom are employed in the field.

As of Tuesday, the country had confirmed a total of 57,884 cases of COVID-19 and 28 deaths. Recently, the number of new daily cases has been hovering around 10.

Singapore has gradually reopened domestic businesses and, with the local situation looking stable, is pushing to reopen for travel. It has begun allowing general visitors from certain low-risk countries, in addition to setting up "green lane" arrangements for business travelers from China, Japan, South Korea and elsewhere.

Meanwhile, the Monetary Authority of Singapore on Wednesday kept its monetary policy unchanged.

Although the economy is showing positive glimmers, "GDP growth momentum is likely to be modest against a sluggish external backdrop, persistent weakness in some domestic services and limited recovery in the travel-related sector," the central bank said in its semiannual monetary policy statement.

"As core inflation is expected to stay low, MAS assesses that an accommodative policy stance will remain appropriate for some time."

The city-state's monetary policy is based on exchange rates, whereby the Singapore dollar is managed against a basket of major trade partners' currencies. In its previous policy statement in March, the central bank eased policy to help sustain the economy, by reducing its target appreciation rate to 0%, while re-centering the exchange rate band downward.