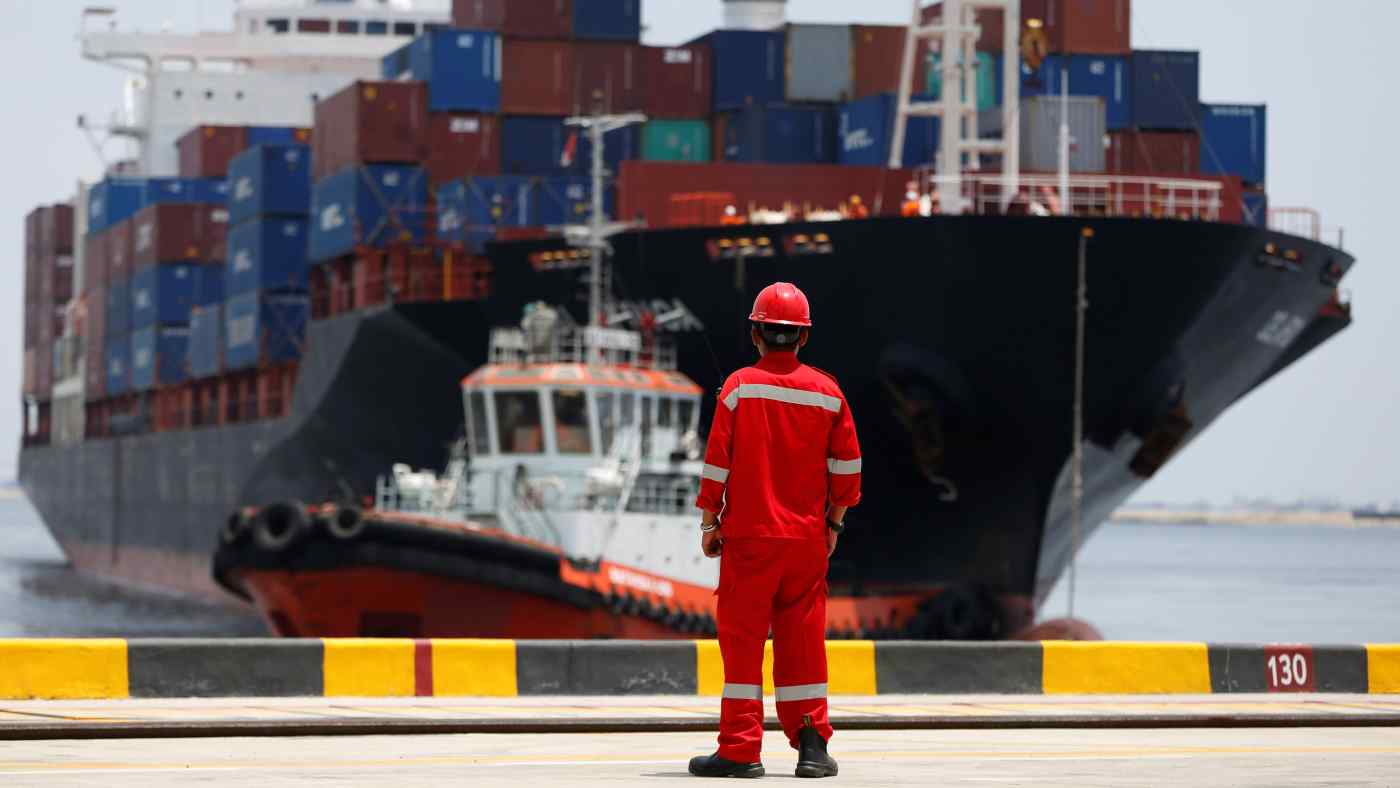 SINGAPORE -- Southeast Asian countries' exports are growing on the back of China's sharp rebound from the COVID-19 pandemic, the latest official statistics show, brightening the region's economic picture.

China on Friday reported its gross domestic product jumped a record 18.3% on the year in the first quarter of 2021, versus the 6.8% contraction seen in the same period of 2020 at the start of the health crisis.

For the Association of Southeast Asian Nations bloc, China's growth pace is a key external factor, as most countries are entrenched in Chinese supply chains. China accounted for 14.2% of total ASEAN exports in 2019, according to the ASEAN Secretariat, topping the U.S. at 12.9% and the European Union at 10.8%.

Now China is providing a tailwind with its brisk growth and steady outlook.

Singapore's benchmark non-oil domestic exports grew 12.1% in March from a year earlier, according to official data released last week. When it comes to China-bound non-oil exports, the figure grew 46.4%, surpassing a 17.3% rise in February, thanks to an increase in machinery and petrochemicals.

Selena Ling, economist at Oversea-Chinese Banking Corp., pointed out in a note that the March shipments to China mark the third straight month of expansion, "reinforcing the strong Chinese recovery story."

This is welcome relief for the city-state, which suffered a record 5.4% GDP contraction last year. In fact, Singapore returned to growth for the first time in a year in the first quarter of 2021, with preliminary data showing a 0.2% uptick driven by export demand in the manufacturing sector. Indonesia's statistics authorities say that during the three months through March, China remained the largest export destination. Non-oil and gas exports to China grew about 63% during the quarter, and over 80% in March alone, compared with a year earlier.

The main items exported to China during this period were iron, steel, coal and palm oil, according to the authorities -- suggesting a link to steady Chinese manufacturing activity.

Since Indonesia's top export items to China are natural resource-based products, the country is in an enviable position, according to economists at United Overseas Bank.

"So far, we observe that the rebound of exports is persistent, amplified with the commodity prices uptrend since [the fourth quarter of 2020]," they said in a recent report. "In addition, China has effectively ended imports of coal from Australia, as part of an ongoing political dispute between the two nations. The restrictions on imports from Australia came into effect in the second half of last year, making China turn to Indonesia to plug the gap."

Among other ASEAN countries, Vietnam has also reported its March trade figures, showing a 24% year-on-year increase in overall exports according to the CEIC database.

Malaysia has yet to announce its data for March, but exports to China grew 35.8% in February, "underpinned by higher exports of [electronics] products, petroleum products and LNG," according to the government. Thailand's exports to China also increased 14% in February.

Across much of Southeast Asia, exports slumped early last year due to the pandemic lockdowns -- except for essential supplies such as pharmaceutical products. Some export-oriented economies, such as Singapore and Thailand, had already been feeling the effects of a global trade slowdown due to U.S.-China tensions.

Last week, China completed its official RCEP ratification process, becoming the second country to do so after Singapore. The members of what would be Asia's biggest trade pact expect it to take effect in January 2022.