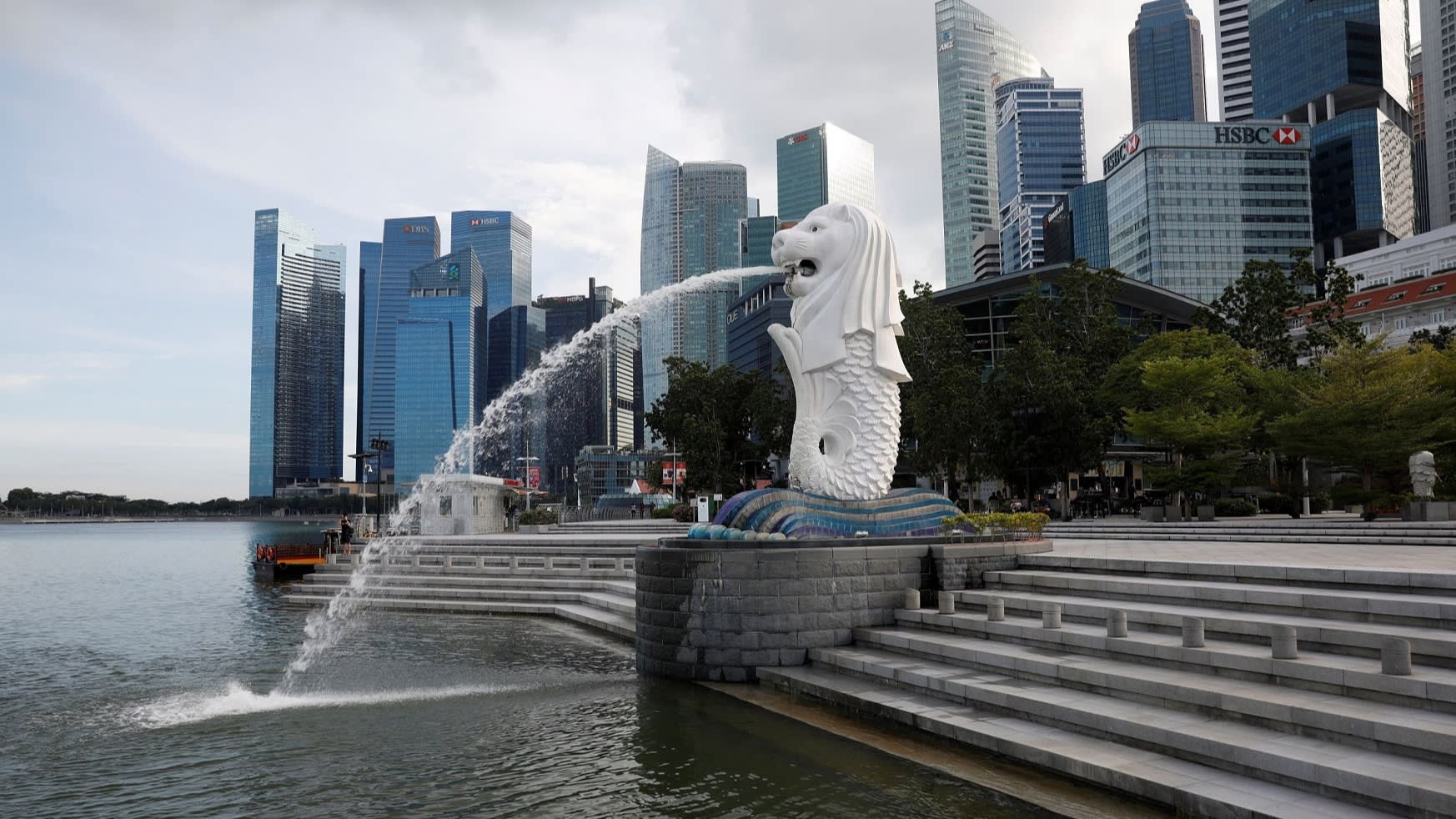 SINGAPORE -- Singapore's central bank on Monday eased its monetary policy in response to the new coronavirus pandemic, following regional peers that have rushed to cut rates and cushion the severe blow to their economies.

The city-state's monetary policy is based on exchange rates, whereby the Singapore dollar is managed against a basket of major trade partners' currencies. This time, the central bank reduced its target appreciation rate to 0%, while re-centering the exchange rate band downward based on the prevailing rates.

The move comes after Singapore announced a $33 billion stimulus package last Thursday. As a small and open city-state, it is considered one of the most vulnerable economies amid the pandemic, which has triggered travel bans and lockdowns across the globe. Last week, Singapore downgraded its growth projection for this year to a range of -4% to -1%, from the previous -0.5% to 1.5%.

"The COVID-19 pandemic has led to a severe contraction in economic activity both in Singapore and globally, due to the combination of supply chain disruptions, travel restrictions imposed in many countries and a sudden decline in demand," the Monetary Authority of Singapore, the central bank, said in its policy statement on Monday.

One of the key factors behind its policy adjustment is deflationary pressure sweeping through the region.

In February, Singapore's headline consumer price index grew 0.3% on the year, down from 0.8% in January due to plunging airfares and leisure costs. The benchmark core inflation rate -- which excludes homes and cars -- shrank 0.1%, the first decline in a decade.

The central bank in its policy statement pointed out that "disinflationary pressures are expected to broaden, even as the prices of some imported items are likely to increase as a result of the disruptions in production and transport." As Singapore relies heavily on imported consumer goods, a weaker home currency could spur domestic inflation, but the authority projects this year's inflation rates will fall to a range of -1% to 0%.

Meanwhile, the unemployment rate is expected to rise and wage growth is likely to fade. Non-labor costs, such as retail rents, should stay subdued, the central bank added. "Softer labor market conditions and weak consumer sentiment will keep cost pressures in check and cap their pass-through to consumer prices."

Elsewhere in Asia, the latest CPIs point to waning inflation or even deflation as the pandemic rages on and oil prices remain low. The risk is that deflation could send the region's economies into a negative spiral -- with lower corporate earnings smothering wage growth, ultimately hurting consumer sentiment. 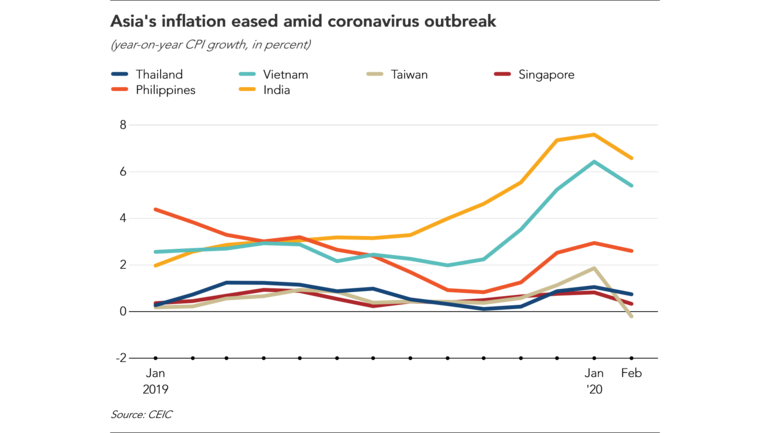 In Japan, the total CPI rose 0.4% on the year in February, down from 0.7% in January. Prices of outbound tour packages and hotel room rates declined 10% and 3% in February, offsetting increases in food (excluding perishables) and health care products that were in high demand due to the outbreak.

Prices have even eased in rising economies that have seen relatively high inflation in tandem with their swift growth. Vietnam's CPI rose 5.4% in February, down from 6.4% in January.

The deflationary trend is likely to persist due to stricter coronavirus countermeasures and cheap crude, according to Selena Ling, an economist at Singapore's Oversea-Chinese Banking Corp. "With the rising number of travel restrictions and city lockdowns, this deflationary pressure may sustain in the interim," she said in a note on March 23. "In addition, the oil price slump has contributed to a smaller private transport inflation as well as the cost of electricity and gas."

Singapore's central bank is only the latest to act: The Reserve Bank of India lowered its policy rate by 75 basis points to 4.4% last Friday, while the Bank of Thailand and Bank Indonesia each cut rates by 25 basis points to 0.75% and 4.5%, respectively, in mid-March.