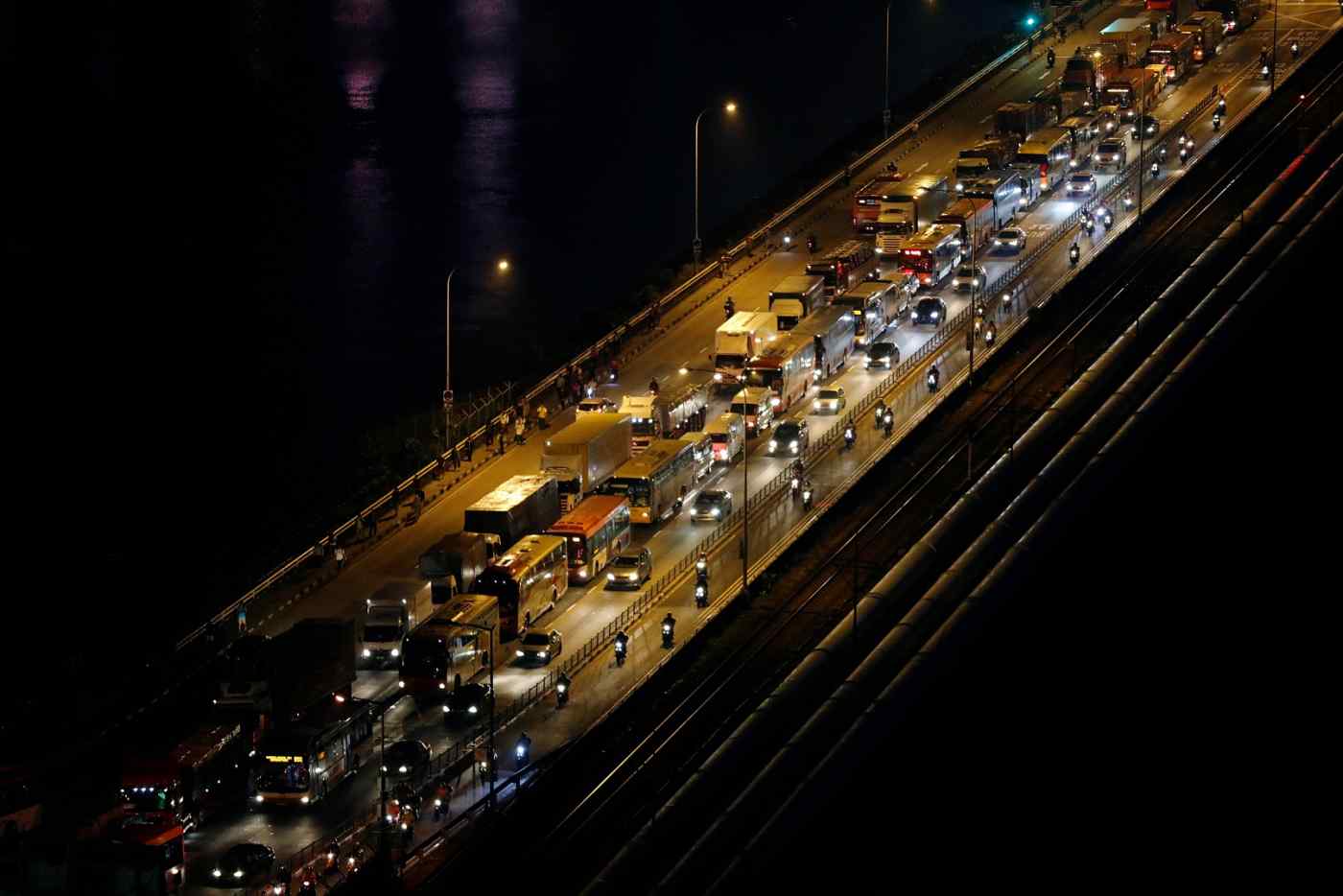 JOHOR, Malaysia -- During morning rush hour, long lines of cars and motorbikes in this southern state snake toward the Johor Strait, where they can cross into Singapore. In the evening, when workers make their way back to Malaysia, a major bottleneck forms in Singapore.

Because prices in Malaysia are much cheaper than in Singapore, many people are opting to live in Johor State and commute to Singapore. Even those who live in Singapore are taking advantage of Johor's price advantage -- by going on weekend shopping expeditions.

For Johor, these trends have been good for economic growth.

Since 2011, the state's economy has grown at a rate faster than that of Malaysia as a whole, except for 2013 when the rates mirrored each other. In 2016, Johor's 5.7% growth rate was fatter than those of Malaysia's other 12 states. Sarawak, across the South China Sea on Borneo Island, is a petroleum producer and is rich in other natural resources. Yet within a few years Johor is expected to become Malaysia's second-largest state economy, after Selangor, which has a GDP of 251.5 billion ringgit.

In Johor, the key economic driver is a massive development project. The Iskandar Malaysia project has plans to develop 2,200 sq. km -- about the area of Tokyo. The project began in 2006 and is expected to continue through 2025. 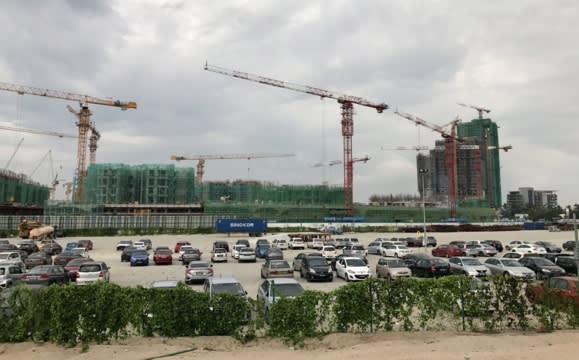 A lot of work remains at the site of Malaysia's huge Iskandar project, who some envision becoming a new Southeast Asian hub.

Buildings are going up across the area. Country Garden Holdings, a leading Chinese developer, in December 2014 began erecting a subproject, Forest City. Excavating and construction has advanced at a rapid clip. Some 16,000 homes were sold in 2016 and another 16,000 are likely to be sold this year. A large-scale hotel has also opened its doors.

Thanks to these developments, Johor's construction sector grew at a 24% clip last year.

AirAsia, the group of budget airlines, is even benefiting from the Iskandar Malaysia project. The carrier began flying between Johor and the southern Chinese city of Guangzhou even before there was much demand for the service. To CEO Aireen Omar, jumping into this particular undeveloped market was a risk the carrier had to take.

Now the number of passengers flying from China to Johor is 3.5 times higher than it used to be. AirAsia accounts for 61% of total capacity at Senai International Airport, located in the Iskandar development region.

The airline is enjoying its first-mover advantage, and so too is the state of Johor, which is welcoming increasing numbers of tourists.

As tranportation infrastructure improves and the leisure industry develops, more people could decide to move to Iskandar. Mitsui in big on Malaysia project to build high-tech metropolis

Ikea, the world's largest home furniture chain, plans to open an Iskandar outlet in 2019. And high-speed trains will stop at Iskandar once a Singapore-Kuala Lumpur line starts running, perhaps by the end of 2026.

It's easy to see how a virtuous cycle might set in.

But there are numerous challenges.

All the competing investment plans and developer intentions paint a vague picture of Iskandar's future.

Ismail Ibrahim, chief executive of the Iskandar Regional Development Authority, said the region is striving to become a Southeast Asian hub. A lofty goal -- but one that lacks a strategy as to how to unseat Singapore, Bangkok, Kuala Lumpur and other nearby hubs.

An official with the central government mused about Yokohama. The city just south of Tokyo, reaps benefits as a bullet train stop -- something it is trying to use to attract knowledge-intensive industries. The Johor project too must clarify a strategy that focuses on a single issue, the official said.

There are more than conceptual problems. Supply gluts are visible: Many high-rise condominium complexes have empty units.

In the near future, winners and losers will begin to emerge or drop out.

The inability to fill those vacancies could undermine the vibrancy necessary for a virtuous cycle to start spinning. It could also lead to public safety problems. To prevent these risks, a clear overall vision must be projected, one that appeals to Malaysians and global citizens alike.

For Malaysia, aching to morph into a developed country, Iskandar could come to symbolize a new urban model -- or the old economic strategy of merely luring overseas investment. Either way, due to the project's scale it will not be easy to bring it in on time.