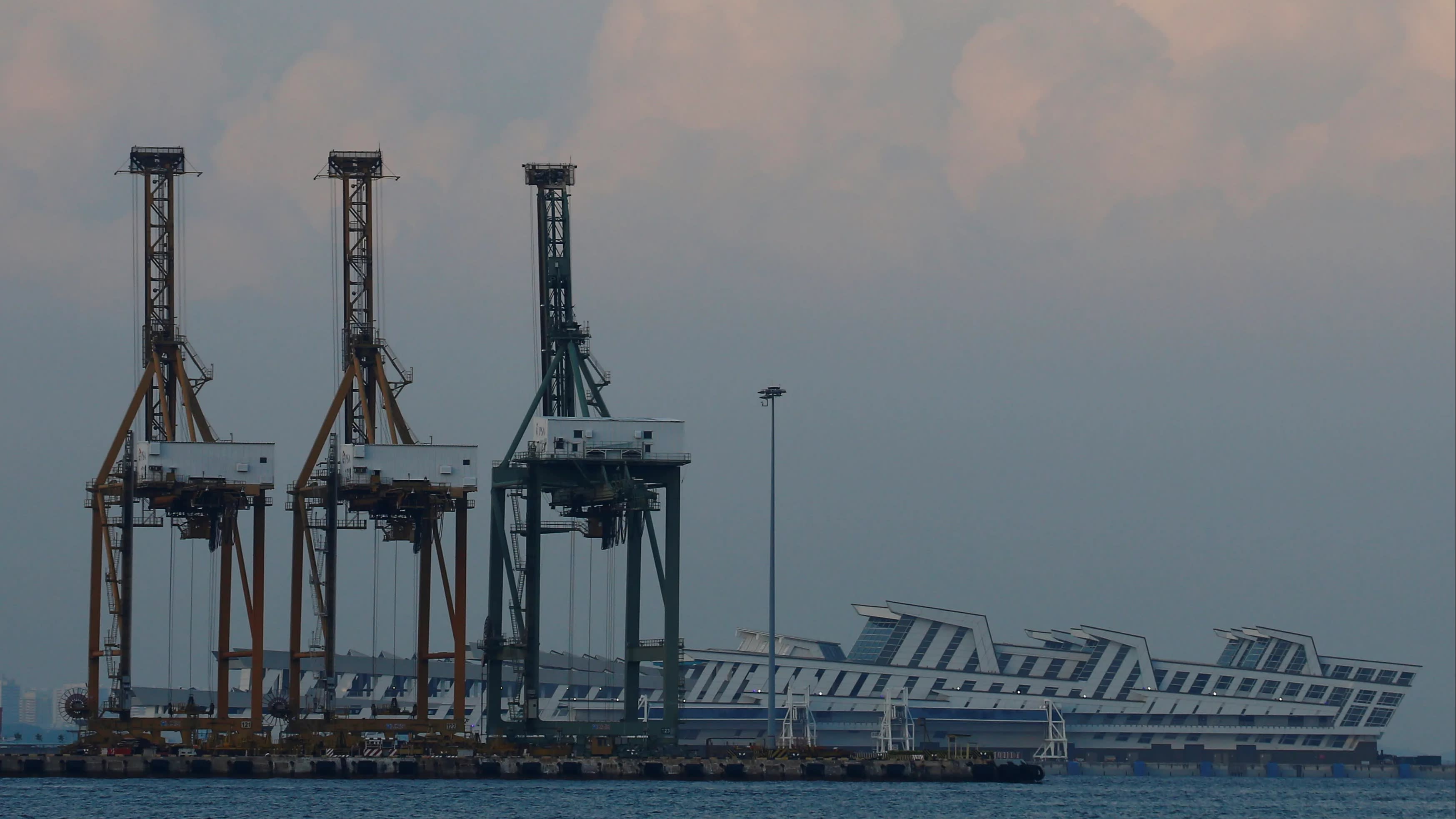 Container cranes at the Singapore port: The city-state's non-oil domestic exports decreased by 8.1% in September from a year ago, following a 9.0% decline in the previous month.   © Reuters
October 17, 2019 17:56 JST | Singapore
CopyCopied

SINGAPORE (Nikkei Markets) -- Singapore's non-oil exports fell for a seventh straight month in September as shipments of electronics continued to tumble, diminishing expectations of any recovery while the trade war between the U.S. and China persists.

The only bright spot in the data released by trade agency Enterprise Singapore was the 20.8% rise in shipments to China, the city-state's largest market. However, economists pointed out that the growth was powered by non-electronic items.

"Economic indicators in China continue to point to further deceleration," which does not suggest a near-term turnaround in demand, said Selena Ling, head of treasury research and strategy with Oversea-Chinese Banking Corp.

Exports to other major markets, including the European Union, the U.S., Japan, Hong Kong and Malaysia, fell by double digits.

Overall, non-oil domestic exports decreased by 8.1% in September from a year ago, following a 9.0% decline in the previous month. The drop was slightly worse than the 7% estimated in a Refinitiv poll.

Shipments of electronics fell by 24.8% year on year, roughly matching the pace set in August, while non-electronics decreased by 2.3%.

It was the tenth consecutive monthly fall in electronics exports with the drag coming from integrated circuits, personal computers and disk media. The performance indicates "the sector has not yet bottomed," said OCBC's Ling.

Enterprise Singapore said a 30.2% plunge in semiconductors led the decline in electronics, while pharmaceuticals, petrochemicals and jewelry accounted for much of the fall in exports of non-electronics.

"A recovery in both manufacturing and exports will hinge on a U.S.-China trade deal," particularly on a cancellation of the tariff hike scheduled for mid-December, said Chua Hak Bin, a senior economist at Maybank Kim Eng in Singapore.

On a month-on-month basis, non-oil domestic exports declined a seasonally adjusted 3.3% to 13.8 billion Singapore dollars ($9.7 billion) in September, indicating August's 6.7% on-month increase may have been an aberration.

Singapore reports non-oil domestic exports as prices of refined oil products tend to be volatile while total exports include goods that are produced elsewhere but shipped through its port.

The domestic economy has slowed sharply since the second half of 2018, hurt by the weakening electronics cycle as well as the broader global slowdown that has followed the trade war.

The city-state narrowly escaped a technical recession, defined as two straight quarters of contraction, during the third quarter. According to advance government estimates, gross domestic product grew 0.6% on a seasonally adjusted and annualized basis during the three months ended September, turning around from the 2.7% contraction in the second quarter.

Prime Minister Lee Hsien Loong, speaking at the Forbes global CEO conference in Singapore on Wednesday, said the domestic economy would grow "well under 1%" this year.

"If we are lucky, we should be above zero but the momentum has substantially diminished," he said.

UOB estimates that non-oil domestic exports have declined 10.3% in the first nine months of 2019, and that the full-year figure could show a drop of around 8.5%.