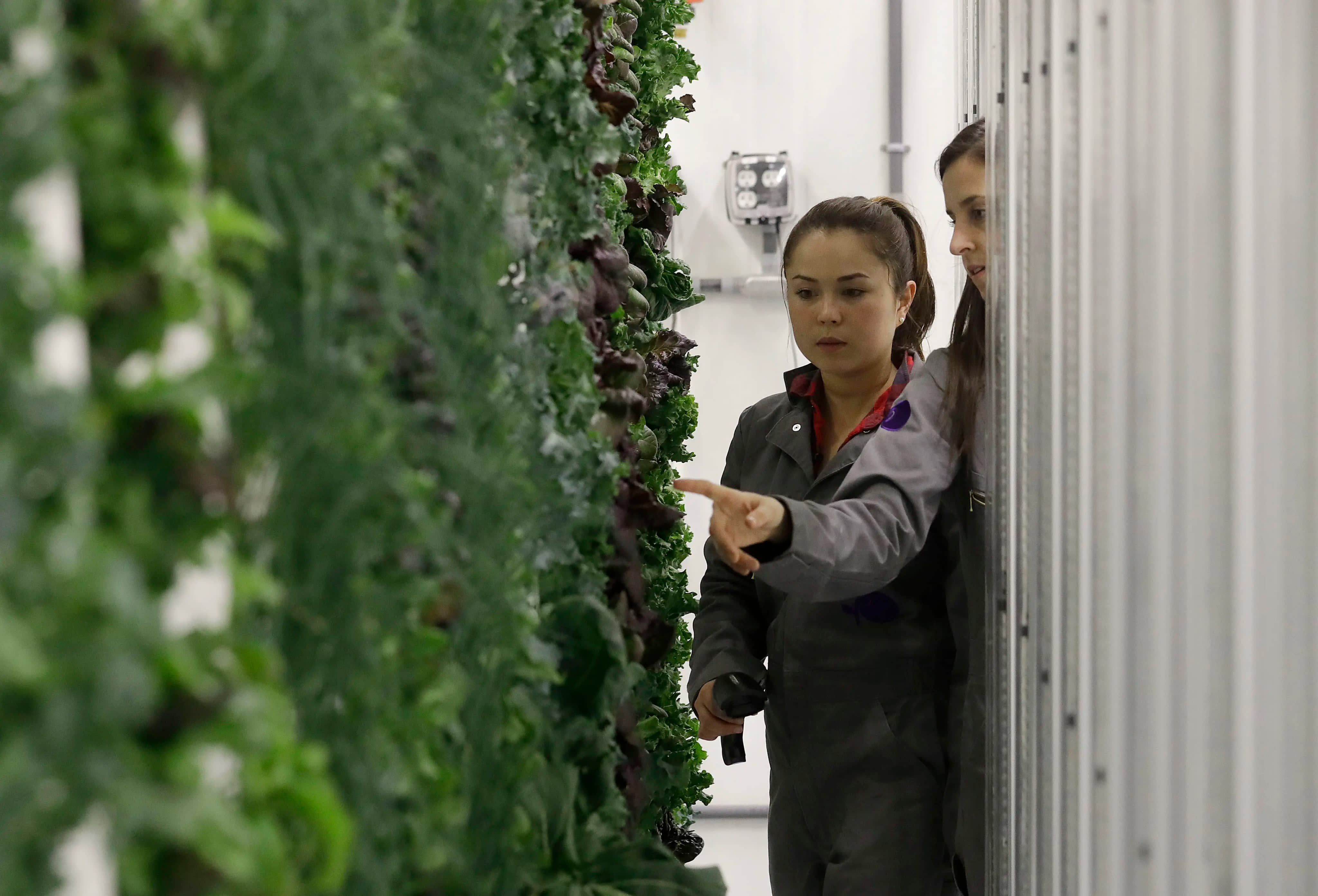 The Singapore government has launched a series of new food projects in order to be able to feed its growing population. Earlier this month, it announced it would open an 'Agri-Food Innovation Park' for high-tech farming processes.   © AP

SINGAPORE -- Singapore, which imports 90% of the food it consumes, is making concerted efforts to produce and store its own food, as it seeks greater food security in the face of external threats such as climate change and pressures from neighboring Malaysia.

The Singapore government has launched a series of new food projects in order to be able to feed its growing population. Earlier this month, it announced that it would open a 18ha "Agri-Food Innovation Park" which will be used for high-tech farming processes and research and development activities including insect farms.

"We are working with local and overseas industry players to develop this first phase of the park, which will be ready from the second quarter of 2021 with potential for future expansion," said Koh Poh Koon, Singapore's senior minister of state for trade and industry.

With no natural resources of its own, Singapore depends heavily on foreign food imports, including live animals, worth around S$11.3 billion in 2018 alone. Less than 10% of its food is homegrown due to its small territory and limited available land. Most of its food comes from countries including Malaysia, Australia and Indonesia.

Additional factors such as climate change and tensions with Malaysia mean the city-state is vulnerable to potential disruptions to its food supply.

Last December, Saifuddin Nasution Ismail, Malaysia's domestic trade and consumer affairs minister, said Malaysia was looking at limiting or stopping exports of eggs in order to ensure a sufficient supply for its domestic market. Singapore imports approximately 73 per cent of its eggs from Malaysia, according to the Agri-Food and Veterinary Authority of Singapore.

To prevent shortages from any such potential moves, and despite its limited resources, Singapore is aiming to triple its home-grown food productivity by 2030.

Some local companies are involved in the efforts. Sustenir Agriculture, a local vertical farming company, has successfully cultivated strawberry plants in the laboratory, with the fruits already being sold at Singaporean online supermarket operator Redmart. It has also grown some vegetables which are being sold locally.

Paul Teng, managing director and dean of the National Institute of Education in Singapore, noted that such efforts could help Singapore to boost its food productivity, as indoor vertical farms do not require "large land pockets" which the city-state does not have. "It can be expected that land will not be a major roadblock," he said.

However, due to the heavy involvement of technology in the growing processes, food grown in Singapore might become more expensive, he warned. "Singapore-produced vegetables need to have a justified price premium due to the relatively higher costs of per kilogram production when compared to imports from neighboring countries."

"Food safety, freshness and sustainable production may be part of the certification required to help consumers choose in favor of local produce," he added.