PM Lee warns of more economic pain, with COVID crisis 'far from over' 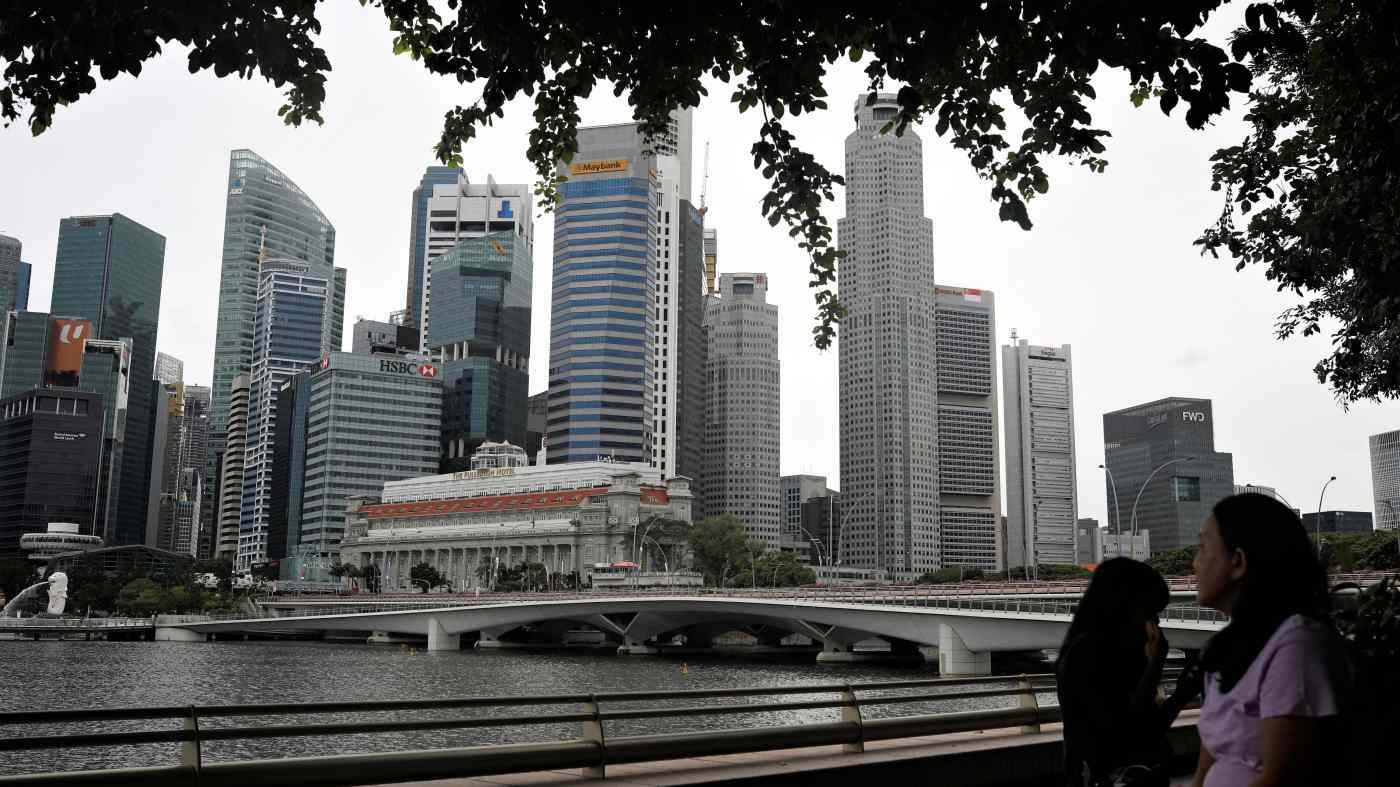 SINGAPORE -- Singapore on Tuesday revised this year's economic growth projection to a range of -5% to -7%, from the previous -4% to -7%, underscoring the prolonged impact of COVID-19 on the city-state's businesses.

Gross domestic product for the April-June quarter -- during which the country was under heightened restrictions -- shrank 13.2% on the year, the government said the same day, worse than the preliminary showing of -12.6%. As the initial data already showed, the country has slipped into a technical recession.

"The outlook for the Singapore economy has weakened slightly since May," when the government made the previous forecast, the Ministry of Trade and Industry said in a statement. "The subdued external economic environment will continue to pose a drag on several of Singapore's outward-oriented sectors such as transportation and storage and wholesale trade."

The revised full-year range of -5% to -7% means Singapore is headed for its worst performance in its 55 years of history.

As of Sunday, the country had confirmed about 55,000 coronavirus infections -- over 90% of them in dormitories for migrant workers -- with 27 deaths. Singapore started easing its movement restrictions in early June and has set up "travel corridor" arrangements with two key economic partners, China and Malaysia. But some businesses have yet to reopen and cross-border travel remains severely constrained.

"The reopening of international borders is expected to take place more gradually than earlier anticipated," the ministry added. "This is likely to weigh on the outlook of sectors that are reliant on tourism and air travel."

As the outlook remains uncertain, Prime Minister Lee Hsien Loong advised citizens to brace for a long struggle in his 55th National Day speech on Sunday. "The crisis is far from over," he said. "Business closures, retrenchments and unemployment are all likely to go up in the coming months."

The latest key economic indicators have raised red flags: The unemployment rate rose to 2.9% in June, from 2.4% in March, while manufacturing output dropped for the second straight month, down 6.7% from a year earlier. Retail sales fell 27.8% on the year in June.

At a news conference after Tuesday's GDP announcement, Trade and Industry Minister Chan Chun Sing stressed the government's commitment to supporting the economy and jobs, noting that the second-quarter contraction was the worst on record. "All our government agencies will work together to make sure ... we provide the best conditions possible for our companies to do business and remain connected with the world," he said. "We will strengthen our efforts to help match jobs with our people and to train them to acquire those jobs with new skills."

In the coming weeks, he added, the government will lay out plans to shore up specific industries. "We must chart new directions now for a very different and uncertain future," Chan said.

The government has already introduced relief packages worth more than 90 billion Singapore dollars ($65 billion), or nearly 20% of GDP, to cushion the pain. The central bank also eased monetary policy in March to boost the economy; the next policy meeting is scheduled for October.

Other Southeast Asian countries suffered steep GDP declines in the second quarter, too. The Philippines' economy shrank 16.5% on the year, while Indonesia reported a 5.3% contraction, the first since 1999 when the country was reeling from the Asian financial crisis.

Malaysia is due to announce its GDP this Friday, with Thailand following next week.