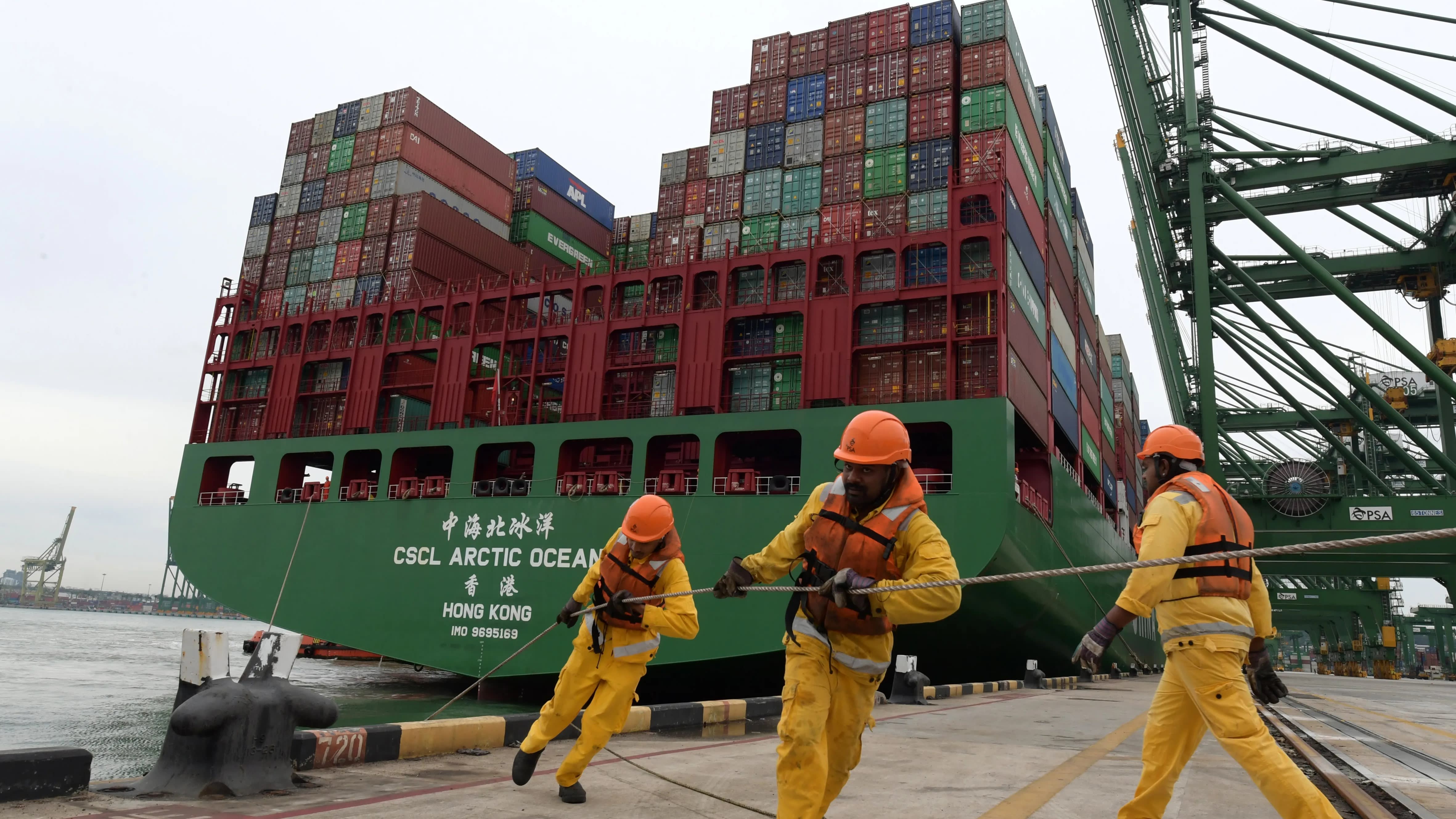 SINGAPORE -- Singapore's exports dropped 17.3% from a year ago in June, the fourth consecutive month of double-digit declines, intensifying worries about an export slump amid the prolonged U.S.-China trade tensions.

According to government data released Wednesday, the city-state's benchmark nonoil exports fell more sharply in June than the 16.3% decline in May, slowing at their fastest pace since February 2018, when overseas shipments dropped by 33.2%.

This comes as Singapore last Friday posted gross domestic product growth of 0.1% for the April-June quarter, its weakest expansion in 10 years, due to weak overseas demand for electronics. Singapore relies heavily on shipments of such products as part of the global technology supply chain.

The June trade data mirrored the GDP figures. Exports of electronics, including semiconductors and personal computers, fell 31.9% from a year earlier, versus a 31.6% contraction in May.

Exports of products other than electronics also fell 12.4%, compared with a 11.1% decline in May. This category includes products such as petrochemicals, pharmaceuticals and nonmonetary gold.

By destination, exports mostly slipped from a year earlier. Shipments to China skidded 15.8%, while those to Japan were down 23.2%. Exports to the U.S. edged 1.5% higher.

Notably in June, Singapore's nonoil re-exports, which are 70% larger by value than exports originating in Singapore, fell for the first time since March 2018, suggesting global trade flows are slowing in the face of the U.S.-China trade tensions and shifts in supply chains.

"Re-exports and [weakening] container throughput figures are reflecting the headwinds arising from slower trade flows," said Irvin Seah, an economist at DBS Group Holdings, in a report earlier this week.

DBS has cut its forecast for Singapore's growth in 2019 to 0.7% from the previous 2.1%. "Risks in the external environment continue to cloud the near-term growth outlook. Despite the truce between the U.S. and China, a resolution is unlikely in the near term," Seah said.

Oversea-Chinese Banking Corp. echoed that assessment. "A 0% to 1% year-on-year range for full-year 2019 growth may be more realistic at this juncture," said Selena Ling, an economist with the bank.

Singapore's exports were equal to 176% of its GDP in 2018, according to World Bank data.