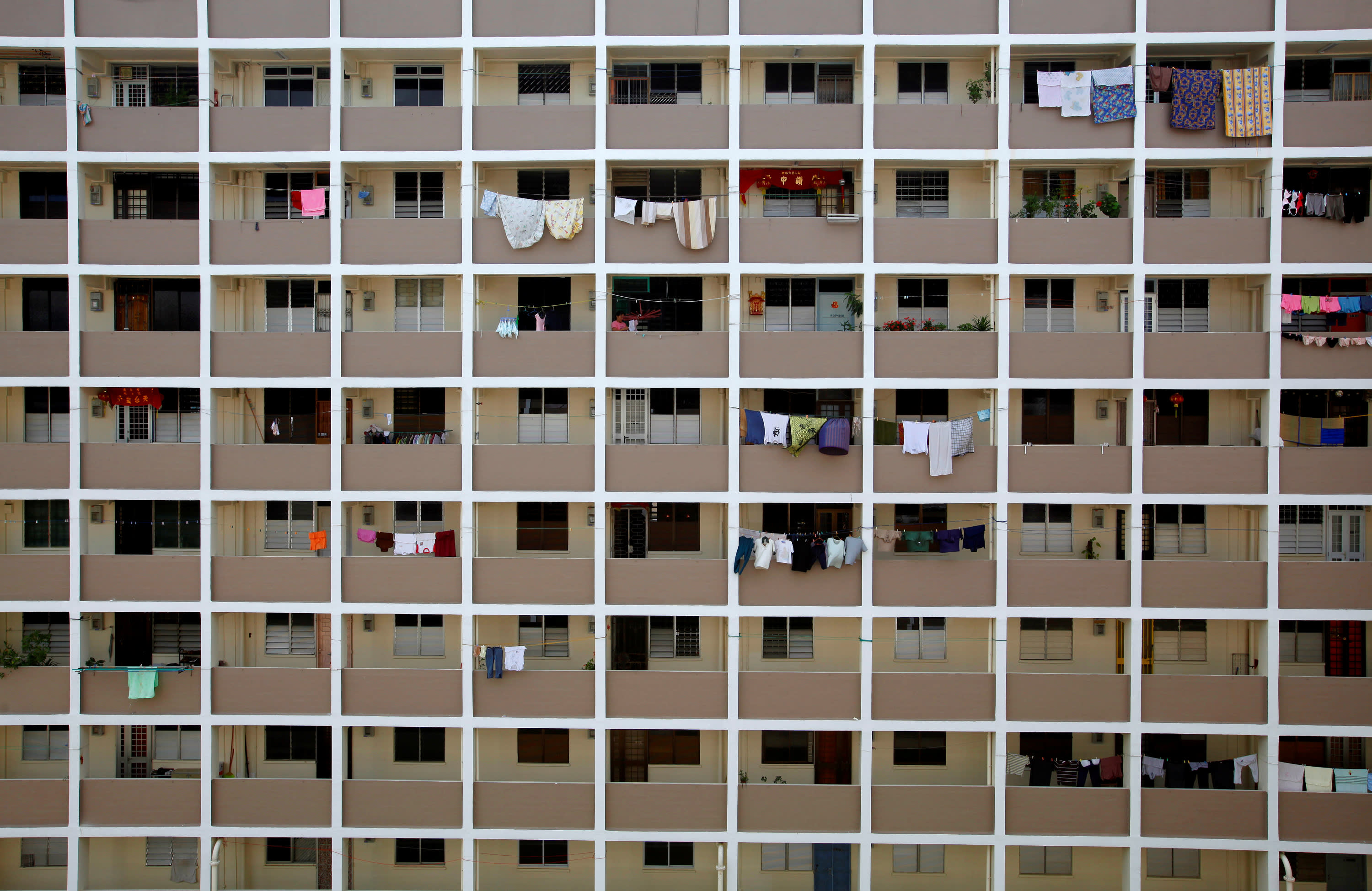 Oxfam says that Singapore's low-tax regime has helped to create a huge gap between rich and poor but the government points to the fact that its policies have helped 90% of citizens own their homes.    © Reuters

SINGAPORE -- A recent report on the wealth gap in various countries has led to renewed debate in Singapore, where a government famous for minimal welfare spending has sought to address what has long been a sensitive issue.

Southeast Asia's most developed economy is home to some of the richest people in the world and provided the backdrop for "Crazy Rich Asians," the glossy, Hollywood romantic comedy about the superwealthy.

Earlier this month, however, charity Oxfam International released its "commitment to reducing inequality index," which ranked Singapore 149th of 157 countries, one place below Bangladesh.

In terms of "progressivity of tax policy," the city-state fared the worst, largely due to "harmful tax practices," among which the report cites incentives for the maritime and financial sectors. Oxfam said Singapore's tax rate of 22% for high-earners was too low.

It also said that the government does not spend enough on social welfare, pointing to the figure of 39% of total government expenditure on education, health and social protection as being "relatively low." By comparison, South Korea and Thailand spend 50% of the government budget on providing welfare.

The Singaporean government has rejected the findings. Minister for Social and Family Development Desmond Lee released a statement stating that "the report assumes that high taxation and high public expenditure reflects commitment to combating inequality. We think it is more important to look at the outcomes achieved."

He pointed to the fact that 90% of Singaporeans own their own homes and the figure includes 84% of the poorest 10% of society. "No other country comes close," Lee said.

Countering Oxfam's claims that Singapore spends too little on social welfare, Lee pointed to a World Health Organization report ranking the country 6th out of 191 in terms of the efficiency of its health care system. "Life expectancy at birth is much longer than Britain or the United States, and infant mortality among the lowest in the world," he said.

The government, which has a reputation for using censorship laws to quash criticism, has gradually allowed the "inequality debate" to develop. In February, Prime Minister Lee Hsien Loong said that "mitigating inequality, ensuring social mobility and enhancing social integration are critical."

In May, Education Minister Ong Ye Kung said tackling inequality was a national priority. Channel NewsAsia, a government-backed TV station, broadcast a documentary called "Regardless of Class" in September, which purported to examine social divisions as a result of class differences. Notably, the host was a member of parliament, Janil Puthucheary.

Rice Media, a news portal that claims to provide Asia's alternative voice, pointed to the documentary's lack of discussion about Singapore's structural problems in an opinion piece by a staff writer that was shared more than 1,200 times on Facebook. "For its entire run-time, the documentary does not say a single word about the lack of a basic minimum wage, or our government's anti-welfare mindset," the piece read.

But Research Associate Leonard Lim at the Institute of Policy Studies, which is part of the Lee Kuan Yew School of Public Policy at the National University of Singapore, said that there is mixed evidence about the benefits of a minimum wage for societies.

"One downside is that a minimum wage without attendant increases in worker productivity could lead to employers releasing some workers or reducing hiring to maintain costs [at affordable levels]. So the very group that needs help is adversely affected," Lim said.

Another sign that the government is relaxing its stance is increased discussion of the issue in the government-friendly daily, The Straits Times. A book of essays on inequality has also found itself on publication's best-sellers' lists. Sociologist Teo You Yenn's "This is What Inequality Looks Like" has sold more than 10,000 copies since its release earlier this year.

After months of silence, MP Mohamad Maliki Osman published his opinion, defending the government's long-standing policy of limited welfare spending and promotion of self-reliance, and clearly referencing Teo's book with the title: "This is what helping families looks like."

Many Singaporeans are eager for the debate to now lead to concrete action. In November, AWARE, an advocacy group focused on gender equality, will hold a talk about solving the problem.

The Institute of Policy Studies' Lim also has a proposal. He argues the government should reintroduce the estate duty that was removed in 2008. "This is important, because much of the earnings that the very richest in every society accumulates does not come in the form of income from work, but rather from renting out real estate, receiving dividends from stocks, and other investments," he said.

One area in which the government has taken action is early childhood education. Aiming to level the playing field for students from a young age, it will double spending on the preschool sector to $1.7 billion by 2022 and create 40,000 more child-care places.

Policy shifts in the education system, including an announcement in September to reduce examinations in primary and secondary schools, have been part of efforts to reduce competition and emphasis on academic results.