Singapore to move infrastructure underground to free up space

With lateral and vertical expansion exhausted, overcrowded city looks below for options 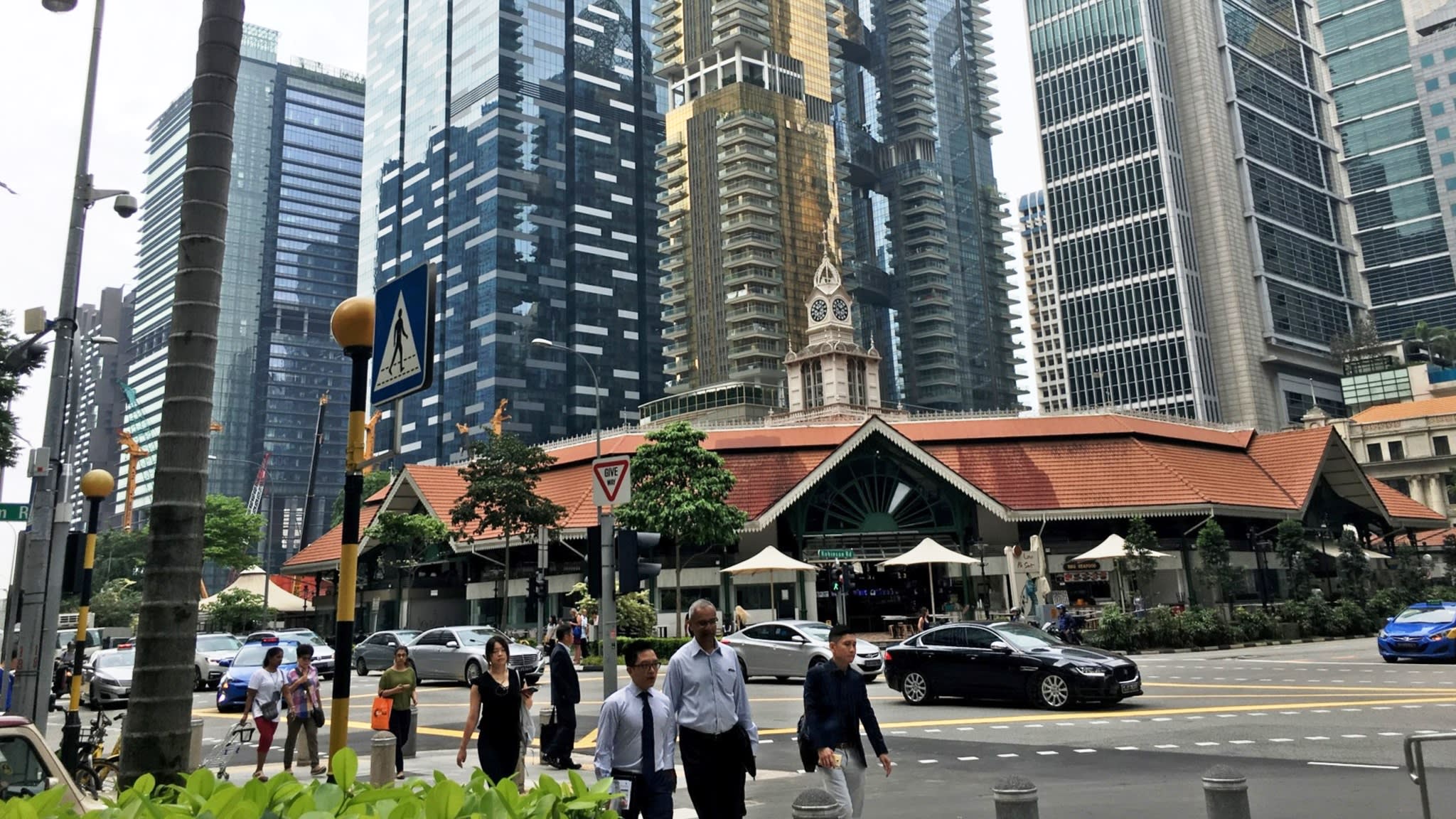 Singapore has hit on a new location for its infrastructure--under this trove of skyscrapers in the Marina Bay financial district.

SINGAPORE -- The government here has revealed a plan for placing infrastructure under the district that hosts the Marina Bay Sands and other tall structures, the latest effort to maximize space in a city with nowhere to grow.

The plan comes as an expanding population shrugs off the country's geographic constraints and with land reclamation becoming impractical.

So with lateral and vertical options all but exhausted, the country's new master development plan calls for tunneling below.

The plan, which looks ahead to the next 10 to 15 years, was released by the Urban Redevelopment Authority on March 27. According to the report, the government intends "to free up land for people-centric uses by relocating utilities, transport, storage and industrial facilities underground."

The Marina Bay district is marked as one of three districts where the government will roll out its subterranean facilities. "To improve the efficient and effective use of underground space, we tap on 3D technology to facilitate upfront planning for underground space," it said. This 3D underground plan will be expanded to more areas in the future.

Marina Bay has grown into a vibrant business and financial hub, brimming with skyscrapers and the renowned casino resort that was featured as a setting in the Hollywood blockbuster "Crazy Rich Asians."

Singapore already has subways as well as highways, parking lots and walkways underground.

The new master plan is an update from a 2014 blueprint that did not mention subterranean infrastructure.

"We are [also] studying the feasibility of using caverns for utility, storage and industrial uses at areas like Tanjong Kling," the government said. "We are also developing a planning tool to identify areas with potential for cavern development based on compatibility with aboveground uses and suitable geology."

Singapore has long been forced to make the most of its limited real estate. Land reclamation projects have enlarged its surface area to 724.2 sq. km, from 581.5 sq. km in 1959.

Meanwhile, foreign talent and migrant workers continue to arrive. In a white paper issued in 2013, the government forecast a population of 6.9 million by 2030. The city counted 5.64 million inhabitants as of June 2018 , compared to 3.04 million in 1990.

As the city bulges with people, the government has been furiously trying to create more living space. Land reclamation had been a go-to option.

Ian Rowen, an assistant professor of geography and urban planning at Nanyang Technological University of Singapore, said the city's land reclamation efforts have run into a number of barriers -- sea depths, habitat loss, rising costs as well as declining access to international sources of sand and other fill-in material.

"The next step," Rowan said, "seems to be building down."

Singapore is the world's largest importer of sand, according the World Wildlife Fund. According to some estimates, Singapore imported over 80 million tons of sand worth more than $740 million from Cambodia from 2007 to 2016. But Cambodia is no longer Singapore's largest source for fill-in material. It banned sand exports in 2016 due to extensive environmental damage.

As much as it might be a solution, building underground could prove to be a mammoth task. Yong Kwet Yew, a professor of Civil Engineering at the National University of Singapore, said the technical challenges and risks include "the uncertainty of the geology and ground conditions" and "the evacuation of people in the event of an underground fire."

There is another possible hazard, Yew noted: "Potential damage to above ground buildings."