India's capital set for world-class standards in 2018, two years before other areas 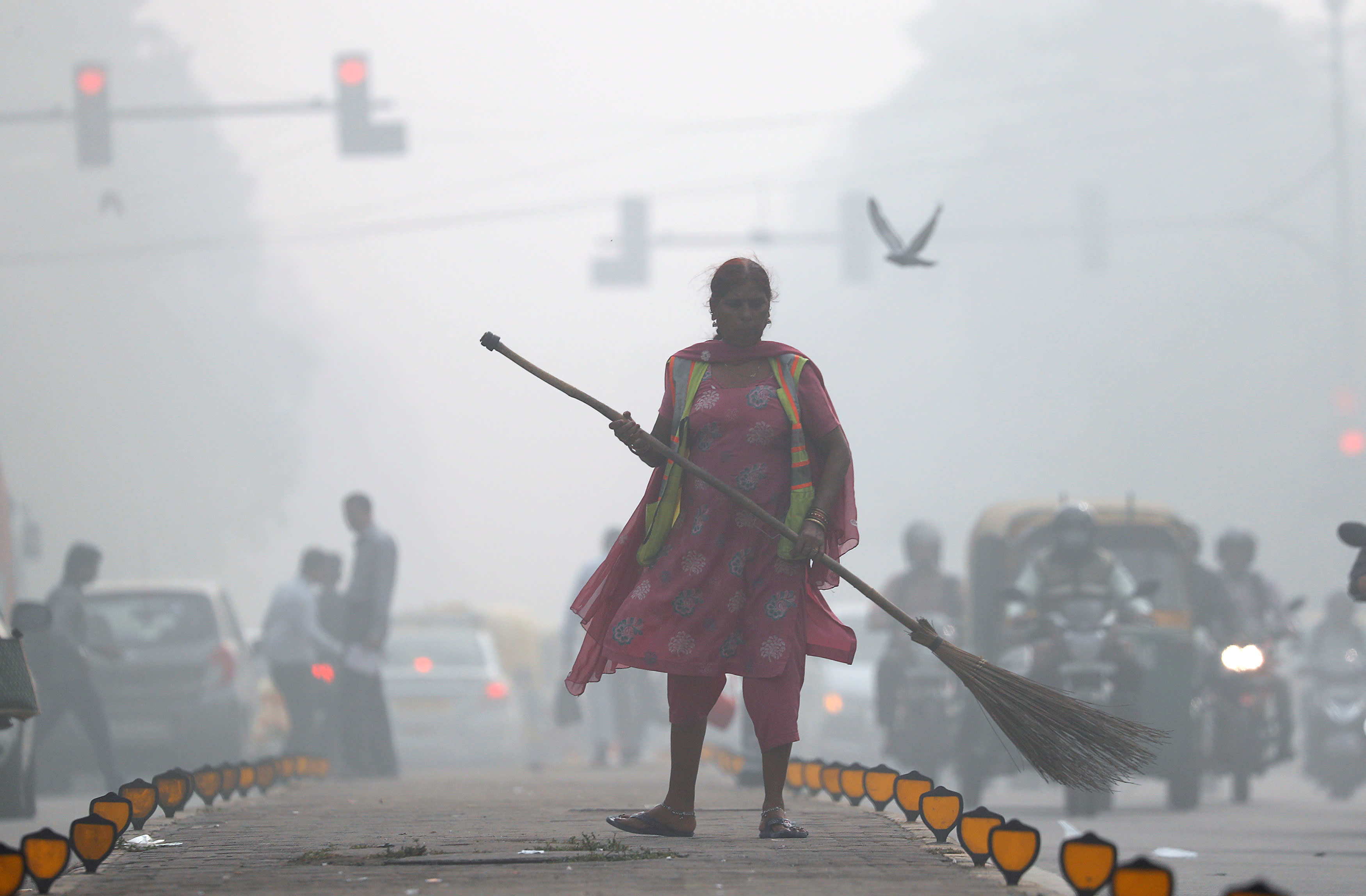 Gasoline and diesel fuel across the country currently conform to vehicle emissions standards known as Bharat Stage 4. Fuels meeting tougher BS-6 standards -- the government is skipping over BS-5 entirely -- were slated for nationwide introduction in April 2020. BS-6 is equivalent to the latest set of European emissions restrictions and held to be the global standard.

But the Ministry of Petroleum and Natural Gas said Nov. 15 that the capital city would get the new fuels early, in April 2018. The surrounding national capital region could see BS-6 grade fuels a year later.

The Delhi region's intense air pollution problem seems to have pushed the ministry into action. Air quality there tends to deteriorate each year in late October, prompting residents to don face masks when outdoors and motorcyclists to obscure their faces with scarves from the nose down. Buildings along the city's highways, even massive shopping malls, grow blurry in the noxious haze. This year, the fire department was even called on to spray down trees in an effort to provide relief.

BS-6 fuel will contain less substances such as sulfur that contribute to smog, and will help curb overall exhaust output, lowering fuels' contribution to air pollution.

The accelerated timeline for fuels has drawn praise from automakers. If car companies can get their hands on BS-6 grade fuel in New Delhi, they will have an easier time testing vehicles that are supposed to meet those standards, explained Abhay Firodia, president of the Society of Indian Automobile Manufacturers.

Vehicles complying with those world-class standards can be shipped to a host of global markets without running afoul of local regulations. Japan's Honda Motor plans to make India a global export hub for motorbikes once BS-6 takes effect. While India's snap policy decisions -- demonetization and the introduction of a goods and services tax, to name a few -- have often led to whiplash in the past, businesses and citizens alike look to ride out the latest change not only unscathed, but healthier for it.