Seoul clamps down on speculation in overheated real estate market 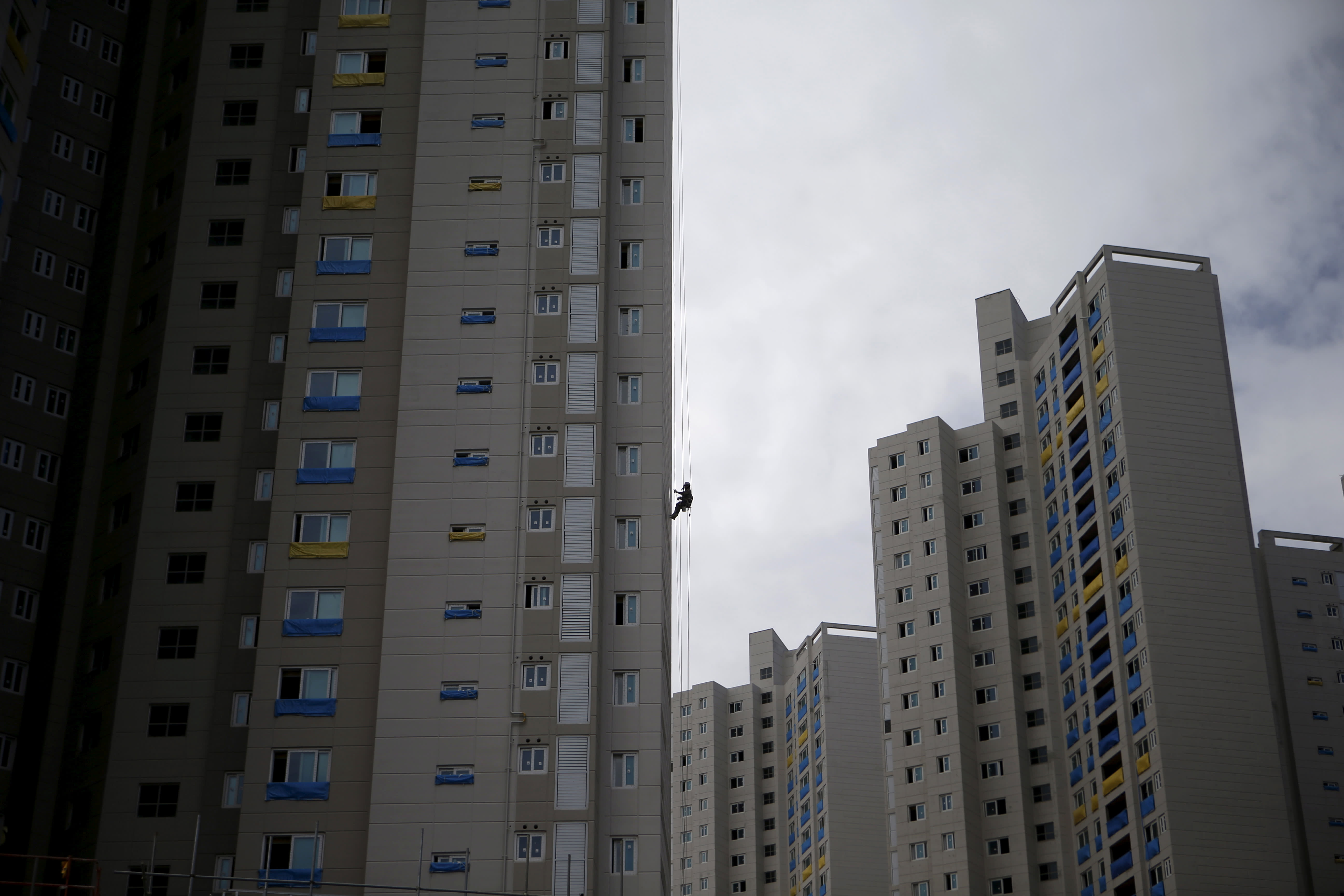 SEOUL -- Though South Korea's economy is growing beyond expectations on the back of a thriving chip industry, swelling household debt poses risks to the precarious recovery.

Preliminary data released Thursday by the Bank of Korea showed a 1.4% quarter-on-quarter rise in real gross domestic product for the three months through September, well above market projections in the 0.6% to 0.8% range. Full-year growth is on track to exceed 3% for the first time in three years.

The upside surprise for the quarter owed largely to an increase in memory chip exports by leading suppliers Samsung Electronics and SK Hynix. South Korean chipmakers hold significant shares of an increasingly stretched market. The country's exports jumped 6.1% in July to September, a sharp turnaround from the previous quarter's 2.9% decline.

But this outperformance was met with a shrug by the stock market. The benchmark Kospi index slid 0.47% to 2,480.63 on Thursday. With strong semiconductor shipments already priced in, investors instead turned their attention to whether the recent growth is sustainable.

South Korea's ballooning household debt is cause for concern on this front. A surge starting in 2015 lifted total debt to 1,566 trillion won ($1.39 trillion), the equivalent of 96% of GDP, at the end of 2016. Last year's debt growth of 139 trillion won clocked in at more than double the annual average between 2007 and 2014. International ratings agencies and investors are watching the rapid buildup with concern.

Real estate loans account for the bulk of this growth. Property markets are getting frothy in some major urban areas, such as Seoul's glitzy Gangnam district and the city of Busan, and individuals looking to get in on the action are loading up on loans from financial institutions. 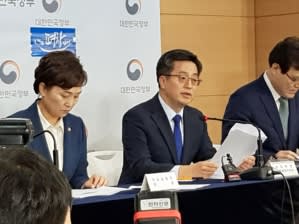 The South Korean government released a comprehensive plan Tuesday to tackle the household debt problem, centering on tougher borrowing restrictions for people owning multiple homes. The aim is to cool down real estate investment by tightening access to credit.

Finance Minister Kim Dong-yeon stressed to reporters that the measures are strictly precautionary. Though household debt is unlikely to pose an immediate systemic risk, the fast pace at which it has increased means that "pre-emptive action is needed," Kim said.

That said, the sheer size of the debt overhang, which exceeds disposable income by a wide margin, has depressed consumer spending. Bringing borrowing levels down in a soft landing would spur consumption but could also cut into demand for new condominiums, reducing investment in construction.

Meanwhile, service exports rose for the first time in six quarters, growing 4.3% despite a steep drop-off in Chinese tourism amid a backlash over South Korea's hosting of a U.S. missile defense system. A duty-free store run by the Lotte conglomerate noted that while Chinese tourists are are not growing in number, Chinese buyers are making up the difference in spending with bulk purchases meant for resale.

The central bank expects GDP growth to remain solid next year at 2.9%, though not everyone shares its optimism. Kwon Young-sun, a senior economist at Nomura International, upgraded his projection from 2.3% to 2.7% based on the bank's latest data. But even if exports keep growing, that could be offset by a drop in construction investment from the government's efforts to rein in household debt, he said.