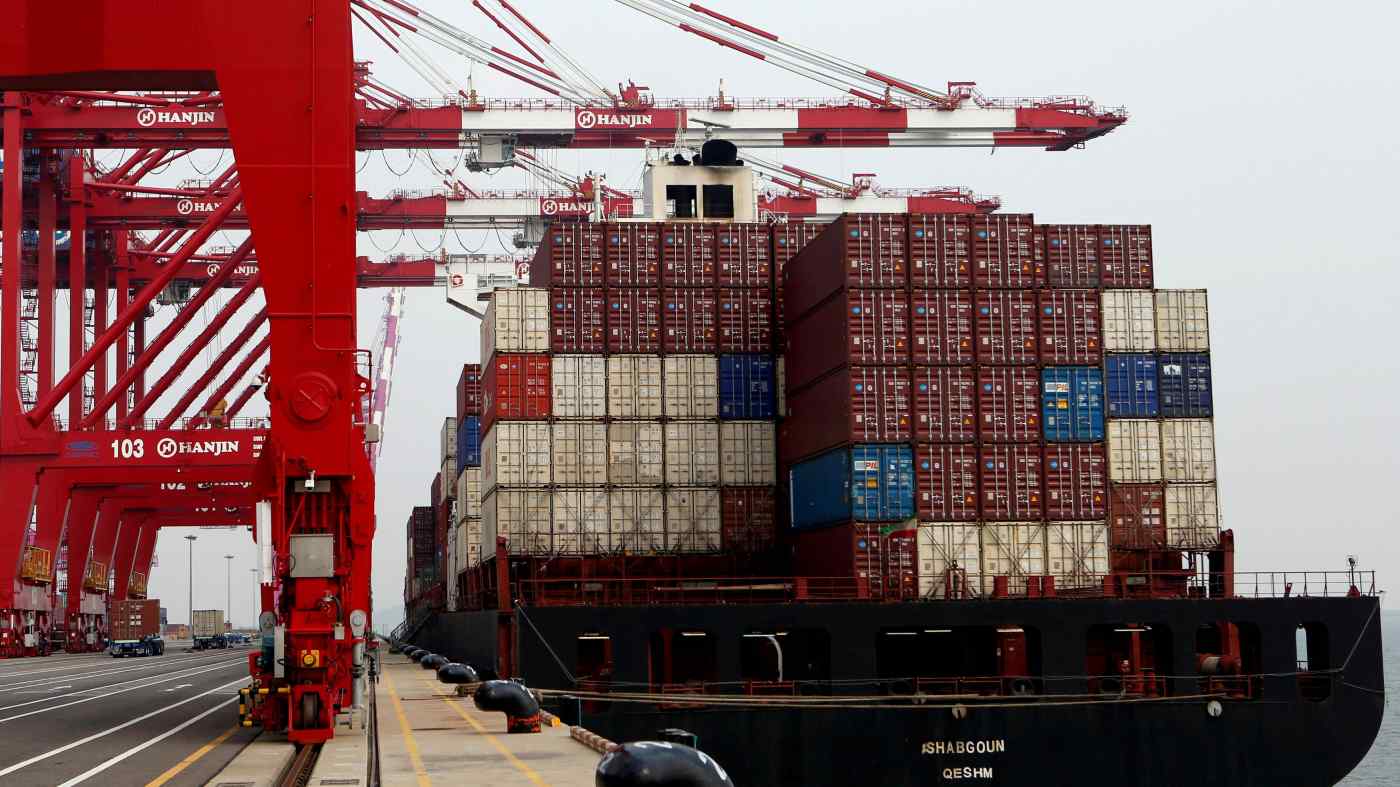 SEOUL (Reuters) -- South Korea's economy grew at a faster-than-expected pace in the fourth quarter as it ended the coronavirus-stricken year solidly poised for a recovery in 2021 thanks to surging exports.

Gross domestic product (GDP) grew a seasonally adjusted 1.1% in the December quarter from the third quarter, the Bank of Korea said on Tuesday, faster than the median estimate of 0.7% in a Reuters poll and following a 2.1% expansion in the September quarter.

That limited the contraction over the whole year to 1.0%, which is likely to be the smallest GDP slump among the Organization for Economic Co-operation and Development in the year of the pandemic that killed more than 2 million worldwide.

"A vaccine rollout around February should also stimulate domestic demand, as it would reduce the need for stringent containment measures," he said.

South Korea's economy has been rebounding sharply since the second quarter when it experienced its sharpest downturn since 2008. But the recovery from the virus-hit downturn has been uneven.

December exports rose 12.6% from a year earlier, the sharpest expansion in 26 months.

Underlining the optimism, shares of Samsung Electronics has surged about 50% in the fourth quarter alone as it reported a 26% jump in its fourth quarter profit.

But the number of jobs plunged at the sharpest rate in over two decades in December, a sign the recovery is still fragile amid the third wave of the coronavirus now sweeping the country.

Data on Tuesday showed exports jumped 5.2% in the fourth quarter from three months earlier, which helped offset a 1.7% decline in private consumption because of toughened COVID-19 social-distancing measures since late last year.

Construction investment rose 6.5% from a quarter earlier, marking the best performance since the fourth quarter of 2019.

On a year-on-year basis, the economy shrank 1.4% in the fourth quarter, less than the 1.7% decline forecast in the poll.

Markets reacted cautiously to the GDP report, with both the benchmark Kospi and the won down slightly in the first hour of onshore trading.