South Korea budgets $6.6bn for fourth round of coronavirus aid

With cases in triple digits, targeted support aims to offset curbs on businesses 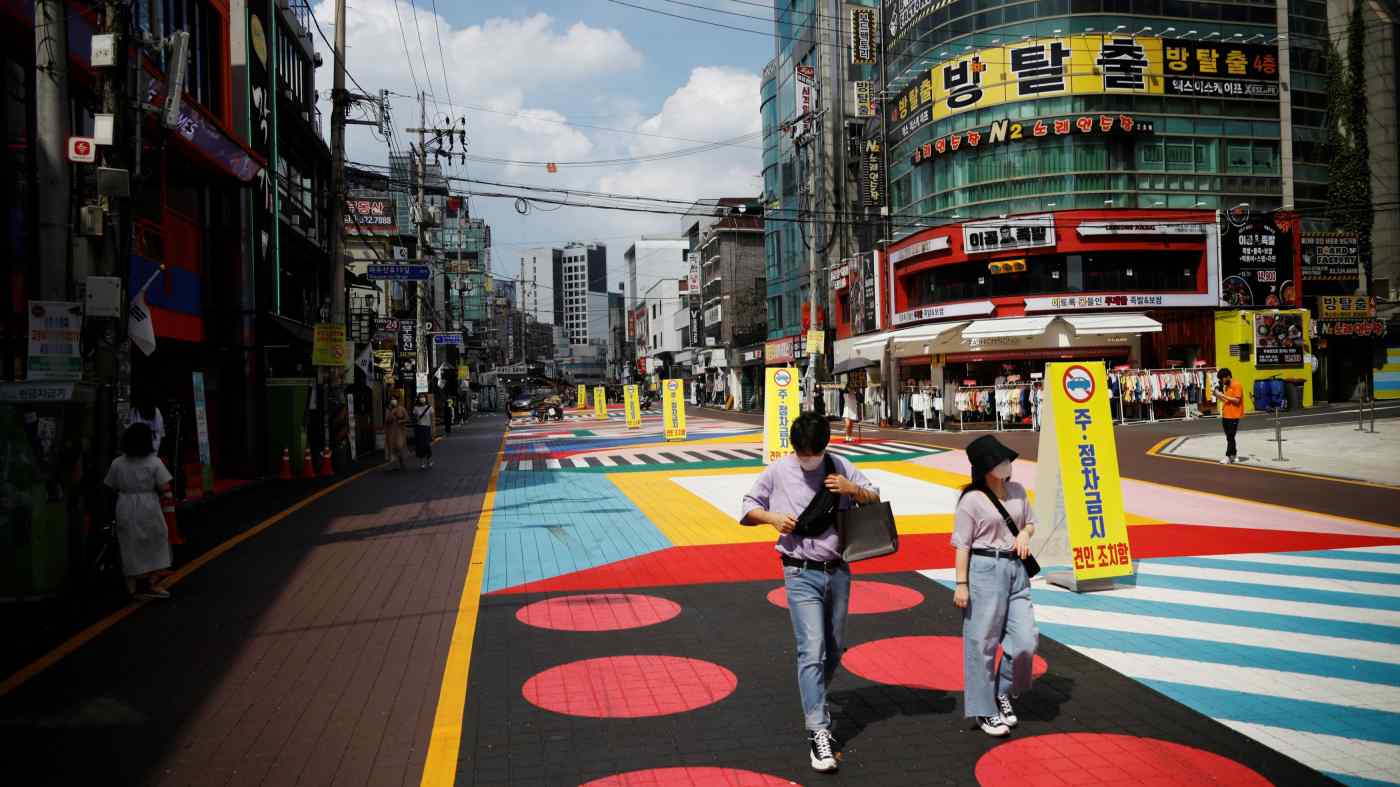 About half the budget has been earmarked for cash payments of up to 2 million won, or about $1,700, to each of 2.91 million small businesses and self-employed workers. The remainder will fund support for freelancers having trouble making ends meet, as well as expanded child care assistance covering elementary school-age children. The government aims to begin payments this month.

This relatively limited approach follows fierce debate over whether to offer support to every household, as the government has done before, or only to those who have suffered direct economic damage. The package also includes wireless service subsidies of 20,000 won to all citizens aged 13 or older, in an effort to head off public criticism.

The extra budget, to be funded almost entirely through new debt, marks the first time Seoul has drafted four in a single year since 1961, when the country was under military rule.

A total of 67 trillion won has been allocated in the four budgets. The country's public debt has risen to 847 trillion won, equivalent to 44% of gross domestic product -- an increase of 6.8 percentage points from last fiscal year's regular budget. While the debt-to-GDP ratio remains low compared with Japan, which carries debt of more than twice its GDP, the surge in borrowing has raised fiscal concerns.

The additional support is intended to offset the government's efforts to rein in the coronavirus after cases jumped again in mid-August, climbing to more than 400 a day that month. The government implemented stricter social distancing measures on Aug. 30, going beyond the previous "level 2" rules but a step below the maximum of 3.

Seoul-area restaurants are in effect banned from operating after 9 p.m., while cafe chains such as Starbucks are limited to takeout and delivery only. Eateries are required to log customers' full names and contact information via a QR code-based registration system, reigniting privacy concerns.

New daily cases have fallen below 200, and fears of an explosive surge have subsided somewhat. The government plans to ease the restrictions again if infections remain at current levels, out of concern for businesses that have lost income. But there are fears that such a move could lead to another flare-up.

Sept. 30 marks the start of the five-day Chuseok holiday, which typically brings a flood of travel out of Seoul as people return to their hometowns to spend time with family. The government is encouraging people to refrain from travel this year to avoid potentially spreading the virus.

The drop comes amid a scandal involving Justice Minister Choo Mi-ae, whose office reportedly requested special treatment for her son during his mandatory military service -- allegations that critics say undermine the administration's emphasis on fairness and justice.

The public has so far given the government high marks for its coronavirus response, but if it slips up now, Moon's approval rating could drop further. Seoul faces a need to strike a difficult balance between protecting the economy and curbing the outbreak.