Economic strains on the young create a barrier to families 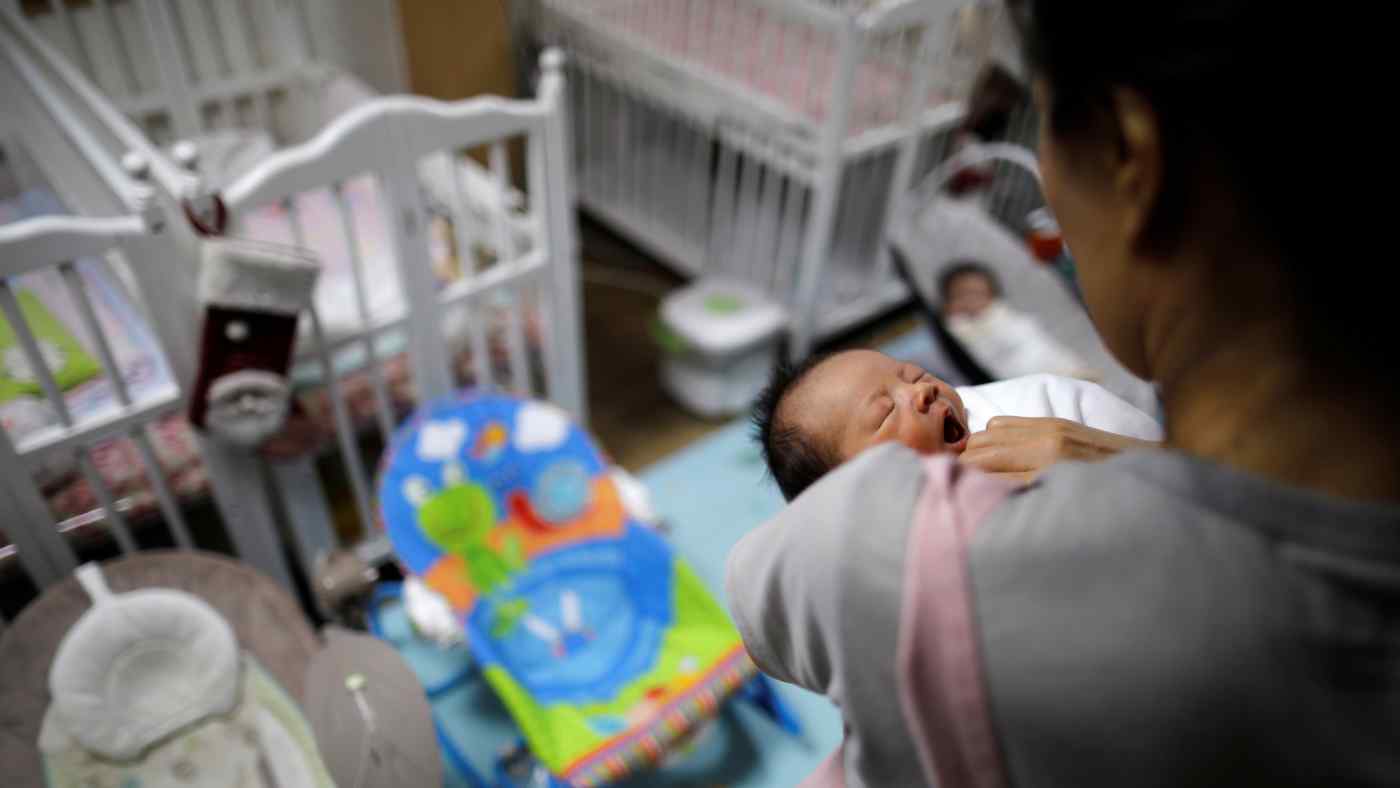 SEOUL -- South Korea fell below the key fertility threshold of one child per woman last year for the first time on record, the national statistics office said Wednesday, as births plummeted to an all-time recorded low.

The total fertility rate, measuring how many children the average woman would have in her lifetime, fell by 0.08 on the year to 0.98 births, the lowest reading in data reaching back to 1970, Statistics Korea said.

South Korea is now among the world's least-fertile nations. The trend reflects the dire straits of a generation facing an unstable labor market and a gaping divide in pay between the country's corporate giants and its smaller businesses.

In 1980, the South had a fertility rate of 2.82, which by a decade later had fallen to 1.57  -- roughly in line with Japan. The rate hovered around 1.2 from 2000 to 2015 before sinking to 1.05 in 2017. South Korea's recent decline took place as many young people around 2010 began to say they had abandoned hopes of finding love, getting married or having children due to the economic uncertainty.

Many women who earn jobs at big companies through strong academic performance tend to focus on furthering their careers rather than getting married. Some link that choice to a workplace culture that makes it difficult for women to advance if they take maternity leave.

Japan's fertility rate stood at 1.43 in 2017. Fellow Asian neighbor Taiwan dipped below 1 in 2010, but the rate has recovered somewhat due to stronger social support for people of child-rearing age. The U.S. dropped to a three-decade low in 2017, but remains comparatively fertile with a rate of 1.76.

South Korea looks likely to slip into population decline sooner than expected. The country's death toll last year, reported at nearly 300,000, was the highest number since 1983. Last year, the statistics office pegged the decline to begin in 2028, but some South Korean media outlets now project 2024 as the watershed year. Statistics Korea said Wednesday it would explain its findings on the timeline in March after scrutinizing the data.

A continued decline in the fertility rate could impact social security and economic growth. The government in Seoul seems to have little to show for the 130 trillion won ($116 billion) it invested over the past decade to fight the childbirth slowdown, such as by building day-care centers.