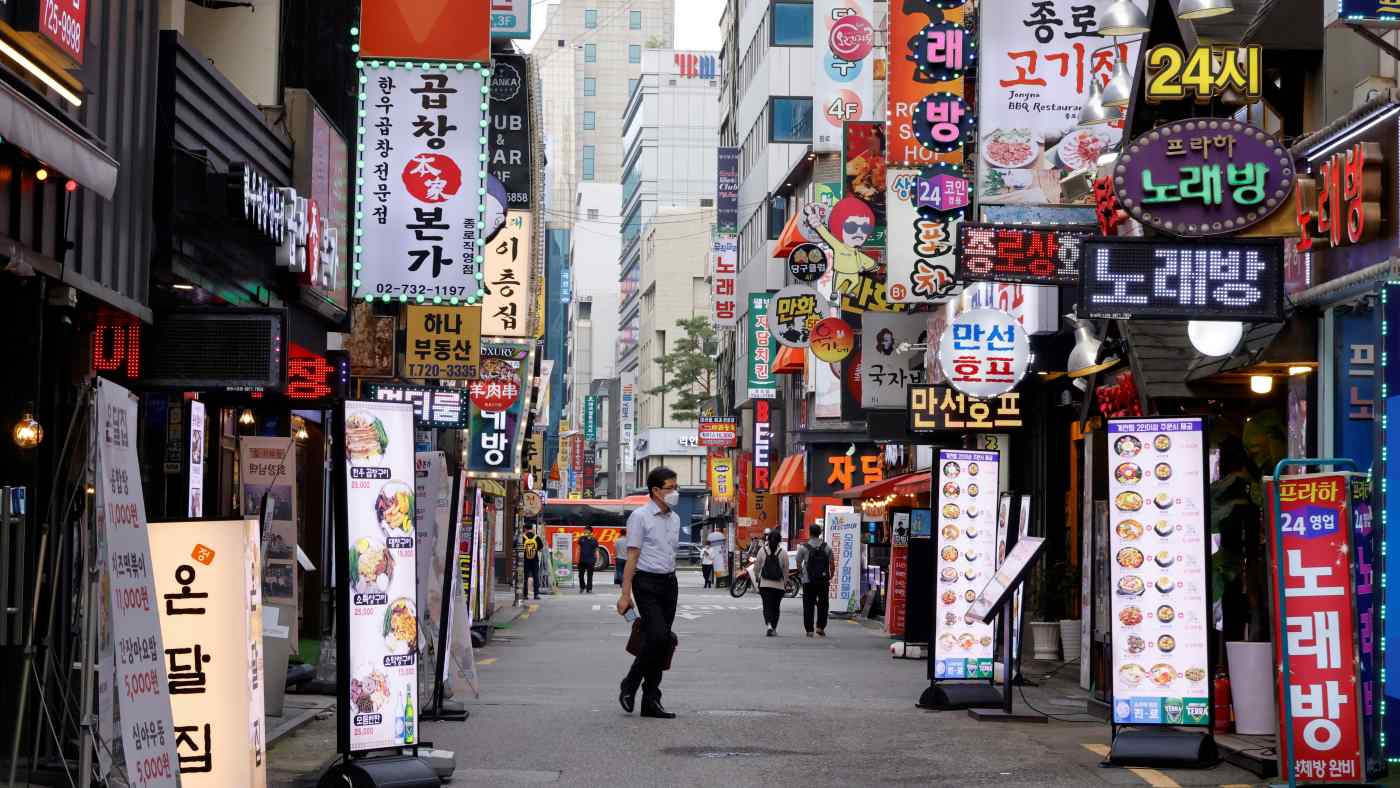 A street in Seoul during a coronavirus resurgence in July. Consumption drove the economy in the second quarter but could slow in the third.   © Reuters
KIM JAEWON, Nikkei staff writerJuly 27, 2021 08:08 JSTUpdated on July 27, 2021 13:31 JST | South Korea
CopyCopied

SEOUL -- South Korea's economy grew 5.9% on the year in the second quarter of 2021, as a recovery in private consumption and the government's aggressive expenditure led the way.

The Bank of Korea announced the country's gross domestic product for April-June on Tuesday, highlighting an increase in private consumption of both goods and services as the pace of COVID-19 vaccinations accelerated. The government also raised its outlays to support the economy.