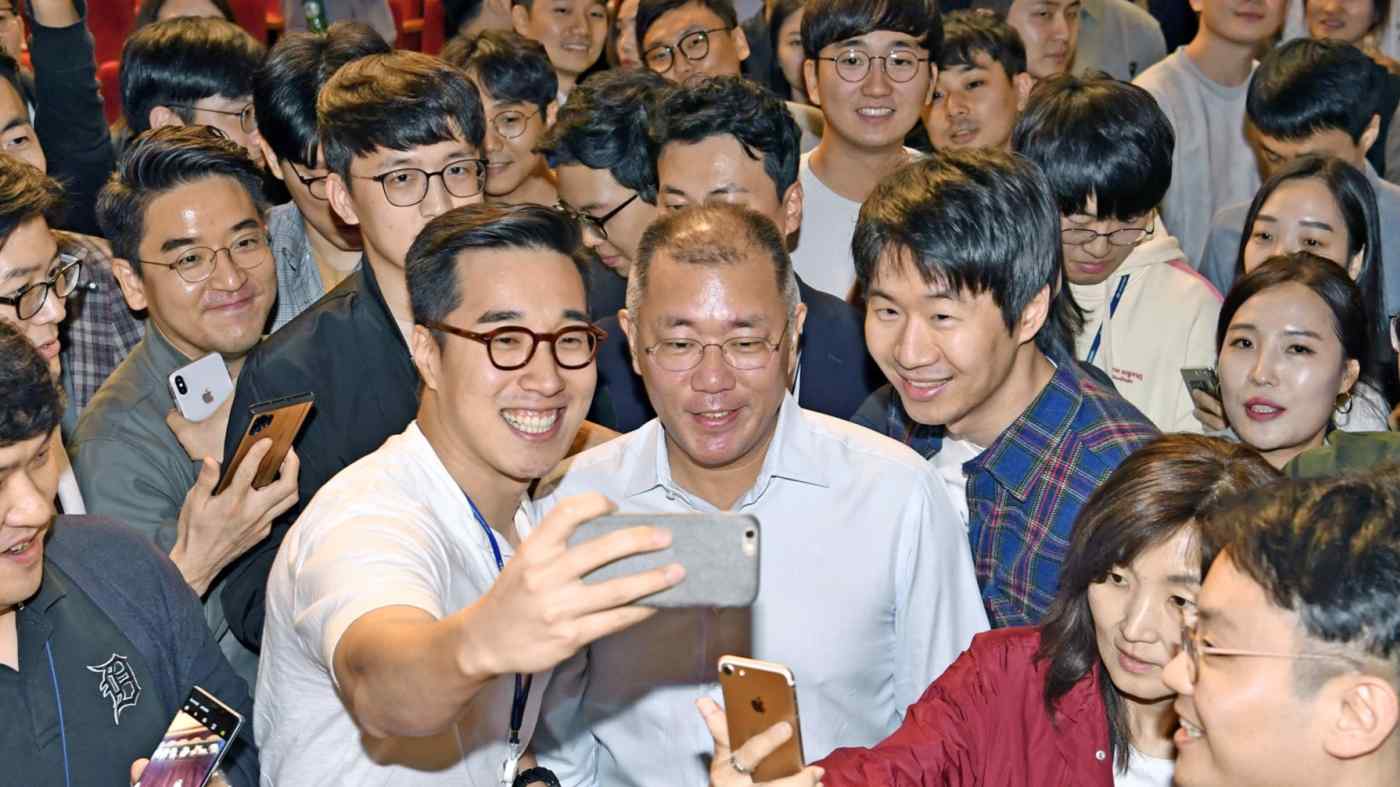 SEOUL --The hard-driving work culture that underpinned South Korea's rapid economic growth is quickly becoming a thing of the past. As millennials grow more prominent, they are placing greater importance on work-life balance than advancing their careers. The conventional method of demanding total obedience to the company in exchange for high status and compensation is no longer working.

"Do I want to be a top executive? I don't want to devote my life to a game with such low odds," a 37-year-old who works as a manager at one of South Korea's largest companies said with a shrug.

When he first joined the company in the late 2000s, he longed to be a top executive. But toiling away day after day, he changed his mind.

"Only a handful of people who joined at the same time as me have reached that position. You move up the ladder and become an executive, and then you have to work even harder to get results," he said. "Is that really happiness? It's not really worth it."

Advancing to the post of executive used to be a major goal for South Korea's businessmen. Their salary jumps significantly, they can use luxury company sedans and play golf at company expense. But in exchange, the job is severely demanding. Most serve for a year and are not reappointed if they do not produce results.

In the past, many people retired if they were not a director by their late 40s. Getting orders from former peersor junior colleagues who had surpassed them injured their pride, and they felt uncomfortable at the office because little work came their way. But recently, "more people are saying they don't mind not becoming an executive," said the president of one major company. "More people want to keep working as regular employees until retirement."

The trend of keeping some distance from work is even more pronounced among those in their 20s.

A 28-year-old new employee at a major construction company is having difficulty fitting in with its collectivist corporate culture. When he finishes his assigned work and prepares to leave on time, he gets cold stares from colleagues. He reluctantly joins if the boss invites him out for dinner, but as much as possible he avoids the company's social gatherings and instead plays sports after work.

According to a survey of 1,314 businesspeople by Saramin, a website for people looking to change jobs, 44% of respondents said they were "voluntary outsiders" who purposefully minimized their social interactions at work. Broken down by age, 50% of respondents in their 30s and 44% of those in their 20s said they were voluntary outsiders, marking a noticeable trend among millennials. Only 29% of those in their 50s or above responded the same way. Food stands line a street in Seoul. More South Koreans are spending time with close friends instead of coworkers after work.

In terms of specific actions taken, 78% said they "leave the office as soon as my work is done to make time for myself." About 20% said they had suffered disadvantages because of this, such as not receiving important information. However, 90% said they would continue to live as outsiders.

There are various definitions of the millennial generation, but in South Korea it is generally defined as those born between the early 1980s and the end of the 1990s. Why are younger people abandoning the hard-driving work ethic? The economy and companies' growth has plateaued, raising concern about the future. "I don't think my company will continue to grow like this, and there's no guarantee I'll be able to work forever," said the 37-year-old manager. "I need to find a way of living that doesn't rely on the company."

One solution is investing.

Millennials in South Korea are passionately getting into the stock market. According to Jang Hye-young, a lawmaker from the reformist opposition Justice Party, the number of securities accounts had increased by 4.59 million from the end of last year to the end of August, with 2.46 million of them owned by people in their 20s. The amount of credit loans outstanding among those in their 20s increased by 134% over the same period, an unusually high amount compared with other generations. "People in their 20s are borrowing money to buy stocks," Jang said. "It's at an alarming level."

The price of apartments in Seoul has risen 50% in the three years since Moon Jae-in became president, reaching an average price of 1 billion won ($870,000). People cannot afford to buy a house on just their salary. People feel it is urgent to invest in stocks to fund their home purchases and retirement life

Millennials' preferences are pushing companies to change. When Saramin asked millennials what their "ideal boss" would be, the top answer was "a boss with a good personality." It is a different view from that of the older generation, which prefers a "talented boss."

In what may be a reflection of the times, the message from the top of the chaebolfamily-controlled conglomerates is changing too. More and more of their executives appear in public without neckties, and they treat the younger generation like friends. The heads of the chaebol used to be considered as above the clouds, and anyone below the level of director showed total obedience to them.

But with the generational shift among employees, companies cannot draw on the talent and energy of millennials if they continue to stick to the hard-driving workplace culture. Companies will have to keep trying new things to find the right fit.