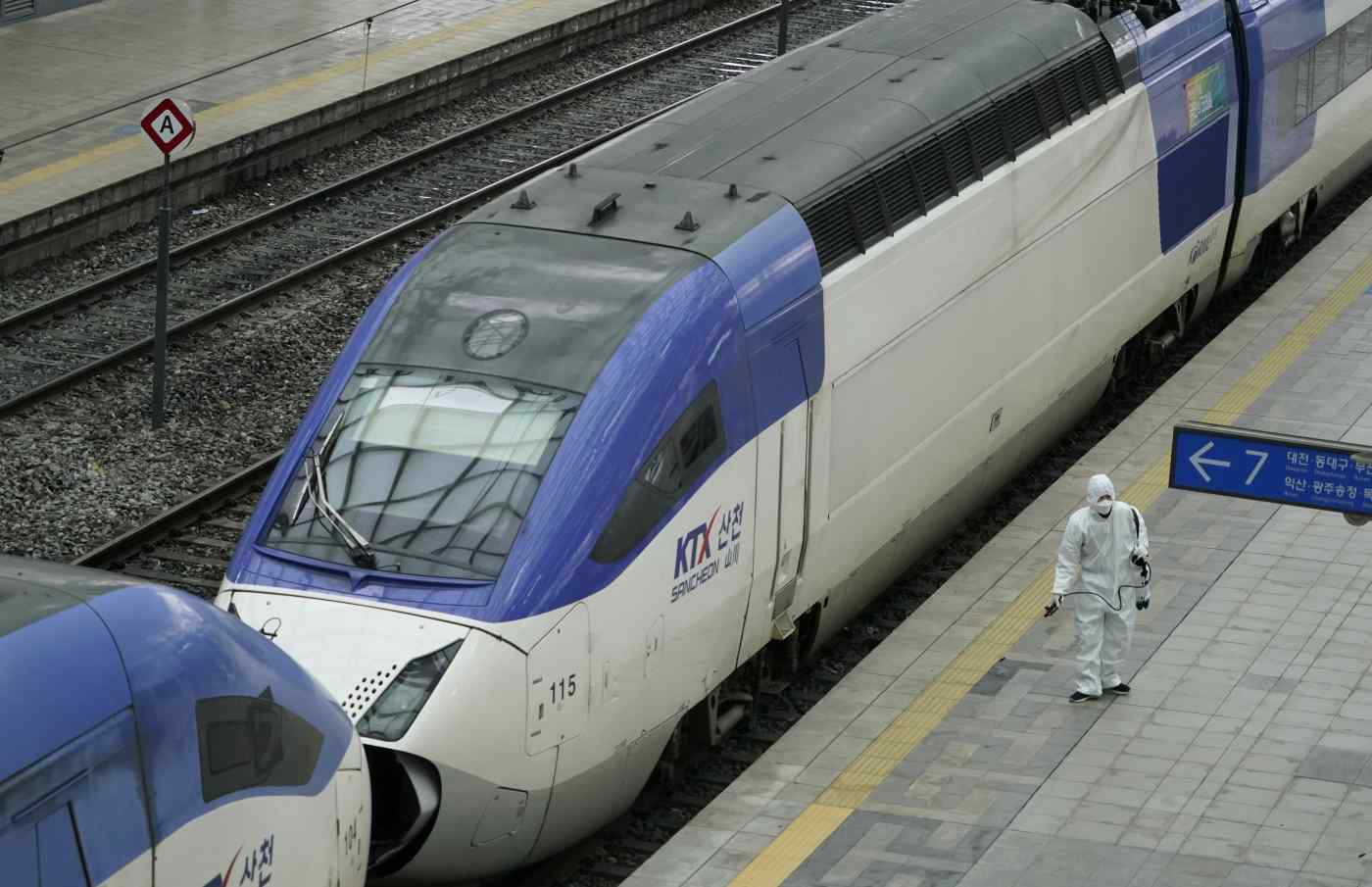 SEOUL -- South Korea is preparing to turn on the fiscal and monetary taps in an attempt to cushion the economic impact of the new coronavirus that has paralyzed daily life in many parts of the country.

The Finance Ministry said on Tuesday it is preparing an extra budget and will quickly submit it to National Assembly for ratification. While the ministry did not give the size of the spending package, local media reported it would be around $10 billion, or 2% of the total 2020 budget.

Asia's fourth-largest economy confirmed 977 cases of the virus -- the second-highest count outside of China -- as of late Tuesday afternoon. Ten of these people have died.

The growing crisis is putting pressure on the Bank of Korea to lower its key rate to a record-low on Thursday. Sixteen of 26 analysts surveyed by Reuters forecast a reduction to 1%.

BOK Gov. Lee Ju-yeol hosted an emergency meeting on Monday to check the country's volatile financial markets. The Kospi plunged 3.87% on Monday on the news that confirmed cases more than doubled over the weekend, although the benchmark index recovered a little on Tuesday.

"We now expect the BOK to cut interest rates by 25 basis points at its upcoming monetary policy meeting," said Lloyd Chan, an economist at Oxford Economics. "Clearly, the impact of the rate cut will be minor -- the main boost will still have to come on the fiscal side -- but this will nevertheless send a signal to reassure businesses and consumers."

Marie Kim, an economist at Citi Research agreed, saying the rate cut at least will lower the debt service burden of citizens who suffer from heavy housing arrears. More than 80% of the country's confirmed cases occurred in the southern city of Daegu -- the country's fourth-largest city, with a population of 2.5 million -- and its surrounding North Gyeongsang Province. Many of these cases originated at a religious cult in the city.

The government said Tuesday it would look into the health of every member of the sect, the Shincheonji Church of Jesus. Churches and temples of other denominations in the region suspended gatherings or encouraged believers to worship at home via online services.

The ruling Democratic Party said that it considered locking down the city on Tuesday, but later said it meant it would strengthen quarantine measures in the region.

Concerts and sports events have been canceled or held in empty stadiums. TV broadcaster SBS suspended the Daegu Super Concert, featuring BTS and other K-pop stars, scheduled for March 8.

The government and companies are recommending that people stay at home. The Education Ministry has postponed the opening of spring term for kindergartens, primary and secondary schools for another week to the second week of March.

Rather than announcing the interest rate decision at the bank, the central bank will on Thursday take the unprecedented step of delivering the result of its meeting by text message.

Meanwhile, the U.S. Centers for Disease Control and Prevention on Monday advised Americans to "avoid nonessential travel" to South Korea.

Some landlords are cutting rent to tenants to help mom-and-pop store owners who are struggling to make ends meet. Park Young-sun, the minister of SMEs and startups, had tea with four landlords who reduced rents by 20% for small business owners in South Gate Market in downtown Seoul.

"So far, about 140 landlords are cutting or freezing rents for some 2,000 shop owners," said Park. "It will be considerable help to reduce their pains considering rent account for about 20% of their operating costs."