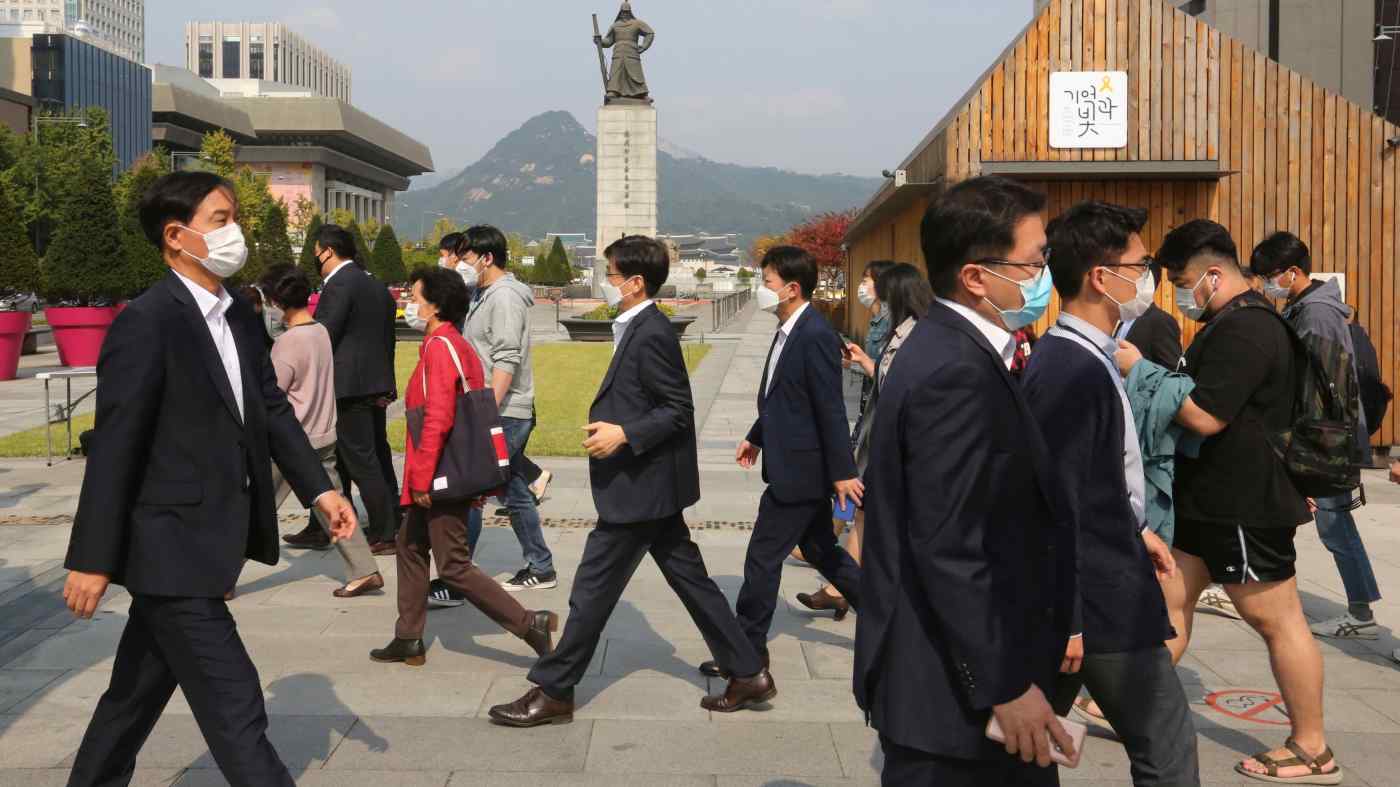 SEOUL -- The South Korean economy rebounded from a COVID-induced recession in the third quarter as demand for exports grew following the relaxing of lockdowns in the region.

Asia's fourth-largest economy grew a seasonally adjusted 1.9% during the July-September period from the previous quarter, the Bank of Korea said Tuesday. That's a faster pace than the 1.7% median forecast of 12 economists polled by Reuters, and compares with a 3.2% fall in April-June -- the sharpest contraction since 1998.

South Korean exports to the U.S. grew 23.2% in September from a year earlier, and rose 15.4% to Europe. The rebound comes as key overseas markets are reopening their economies after strict lockdowns in the second quarter.

But the central bank warned that resurgence of COVID-19 in Europe and the U.S. pose risks to the country's economy in the fourth quarter, and pointed out that South Korea's domestic demand remained weak despite heavy government spending to support the economy.

The BOK said that strong social distancing rules in greater Seoul in September may have dragged down private consumption. "We estimate that social distancing from the Covid-19 may have lowered the GDP by 0.4% point to 0.5% point," said Park Yang-soo, a director at the BOK, in a press briefing.

Analysts say the country's service sector remains weak as the coronavirus has decoupled it from the manufacturing industry.

The state-run Korea Development Institute said that the struggle for global leadership between the U.S. and China poses risks to the South Korea's economy as its exports heavily rely on the world's two biggest economies.

"The U.S.-China conflicts can raise uncertainties in the global economy, causing risks to the world's trade and financial markets. It may burden our economy, hurting our exports," the KDI said in a report.

Even so, analysts said that South Korea will become one of the best-performing economies in the world this year.

"If the economy continues to recover, as we expect, then GDP will likely contract by 1.0% this year," said Alex Holmes, Asia economist at Capital Economics. "While this would be the worst performance since 1998, it would still make Korea one of the best-performing economies in the world this year."