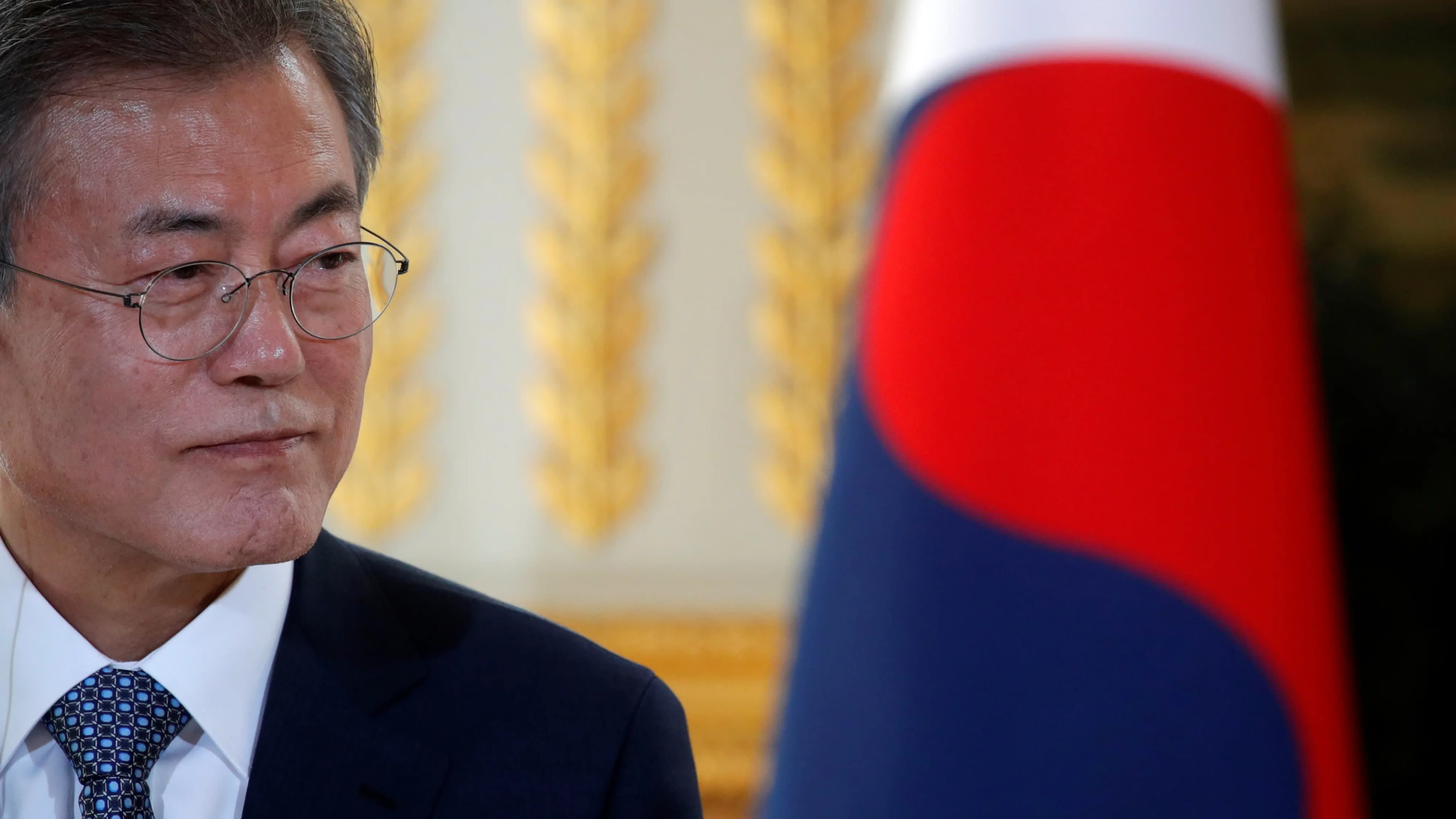 SEOUL -- President Moon Jae-in’s call last month for the National Pension Service to play a more active role in taming the country’s family-run conglomerates, many tainted by allegations of corruption, may not be the most obvious way to force reform on the country's powerful chaebol. But it is a powerful signal that his drive for change is not easing, despite mounting criticism.

South Korea's slowing economy has put Moon in a difficult position. The president needs the chaebol - which control vast tracks of the economy and employment - to invest for growth. So he is reluctant to pick a direct fight with the conglomerates and the families behind them, preferring to use existing rules and tools to spur change.

The NPS manages over 600 trillion won ($537.42 billion) worth of assets, including a 10.05% stake in Samsung Electronics and a 9.74% interest in LG Chem. This makes it the country's single largest investor and a potentially formidable bulwark against management misbehavior.

"The government will complete our mission faithfully by exercising the NPS's stewardship codes actively against serious wrongdoings and illegal practices conducted by major shareholders of conglomerates," Moon told his Cabinet on Jan. 23. "We will correct what is wrong and surely make them accountable."

This followed recent moves by activist funds to urge management changes at the chaebol, and a call by Fair Trade Commission Chairman Kim Sang-jo -- known as the "chaebol sniper" -- for founding family members to make way for professional executives.

Moon's order raises the possibility that the hitherto passive pension fund could team up with activists to tighten the screws in cases of corporate wrongdoing. The plan is also part of growing global trend of pension funds influencing the companies in which they invest -- a trend that raises hopes for better governance but also concerns about free enterprise.

"Shareholder action is the only option that can check chaebol companies," said Hwang Se-woon, a researcher at the Korea Capital Market Institute. "Transparent management will contribute to sustainability and efficiency, boosting companies' stock prices."

Park Ju-keun, head of corporate analysis firm CEO Score, expressed similar sentiments. "Chaebol families will be anxious if the NPS exercises its shareholder's rights," Park said. "[Moon's move] is a good measure because there is no other option to check them. Outside directors should play such roles, but they are nothing more than cheerleaders of the management."

Experts think Korean Air Lines' Cho family will be the first target of the NPS. The pension fund holds an 11.68% stake in Korean Air, as well as a 7.34% interest in Hanjin KAL -- the carrier's holding company.

Internationally, the family is best known for the "nut rage" incident of 2014. Cho Hyun-ah, the daughter of group Chairman Cho Yang-ho and a vice president of Korean Air herself, forced a flight to return to the gate because she was upset about the way her nuts had been served. She was later charged with obstructing aviation safety and jailed.

More recently, family members, including the chairman, have been embroiled in scandals involving allegations of bribery, embezzlement and smuggling. 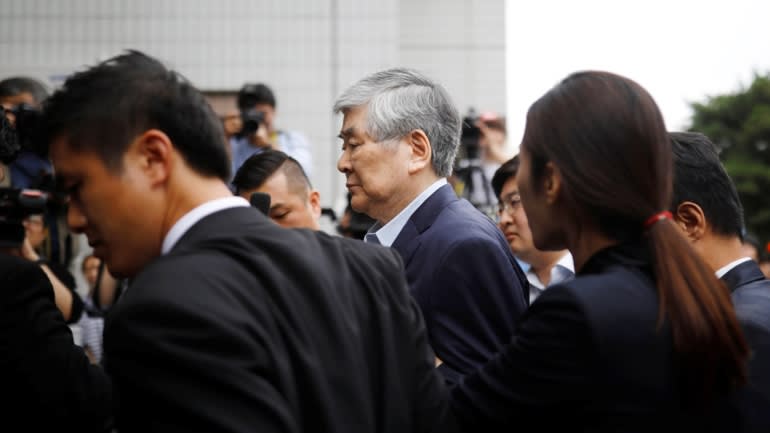 Moon's announcement of the NPS's new mission came two days after a local activist fund called Korea Corporate Governance Improvement openly took on the Cho family. KCGI called for the holding company to set up an independent committee to appoint the CEO and other executives. Right now, Hanjin KAL's management is dominated by the family.

Expectations for change have been driving up Hanjin KAL's stock price. The company's shares hit 28,150 won last Friday, up 10.39% from Nov. 15, when the fund announced an investment.

KCGI is the second-largest shareholder in Hanjin KAL, owning 10.81%, behind the Cho family's 28.95%. Now the NPS may be poised to ratchet up the pressure.

That the pension fund is in this position stems from a change in its own investment strategy. It used to buy mainly bonds, but it has shifted to equities in pursuit of better gains. But ownership stakes come with greater responsibility.

"As the NPS is expanding its investments in equities quickly, controversy over its roles is rising," said Kang Yoon-shik, a professor at Kangwon National University in Chuncheon.

Yet, despite the problems with the chaebol, not everyone agrees that the NPS is the appropriate watchdog.

Some observers worry the fund's increased engagement with big companies could keep them under the government's thumb. This "pension capitalism," some fear, could restrict their decision-making.

Lee Byung-ki, a researcher at the Korea Economic Research Institute, warned, "If the NPS's influence in the market increases and the agency exercises its rights more actively, that will cause a serious problem [related to] NPS control of private companies."