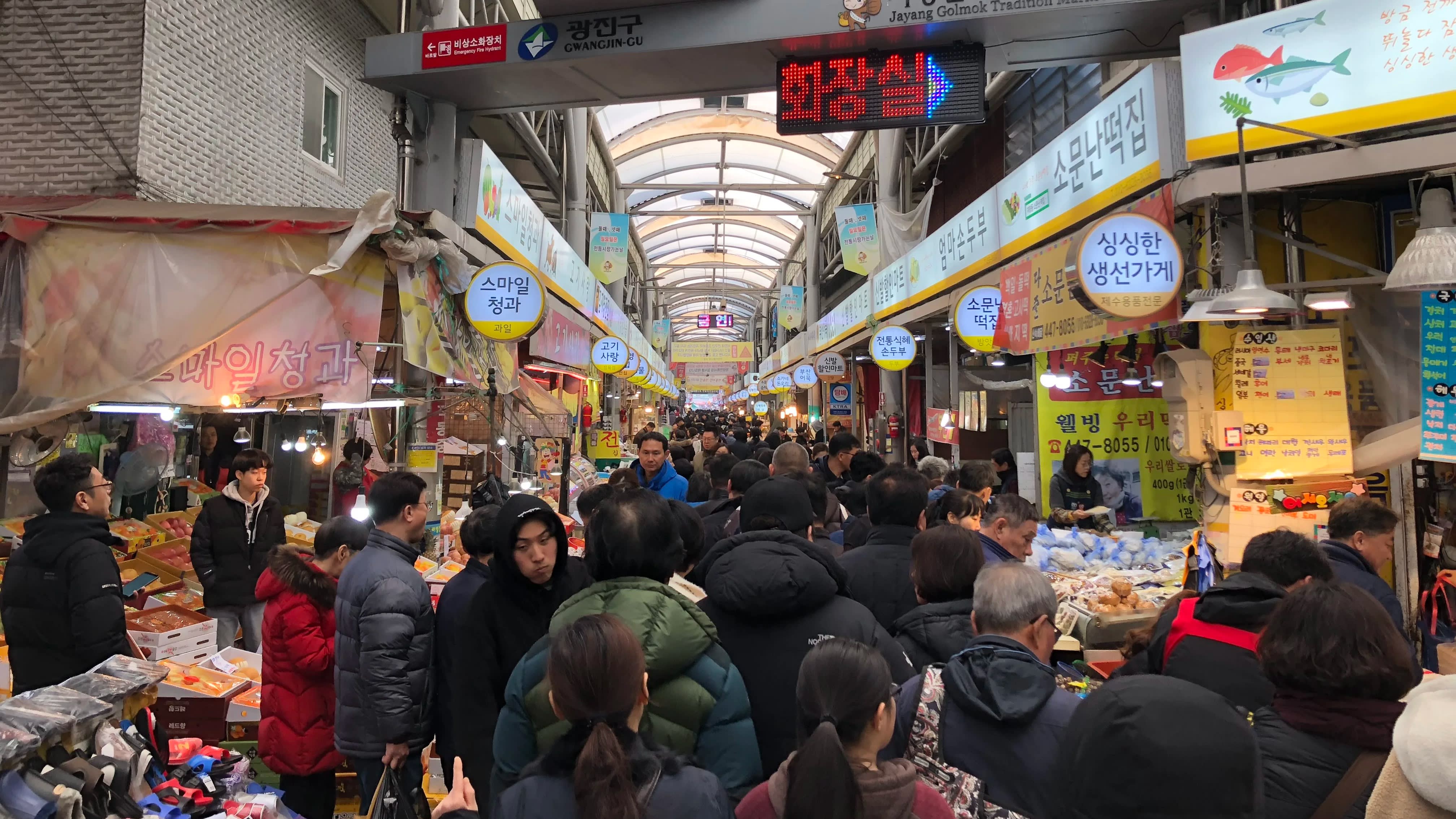 The old-fashioned, open-air market is not typically crowded like this.

"It's only busy because of the holiday," one fruit vendor said while bagging up a bunch of tangerines for a customer. "On most days it's quiet."

Independent merchants like those at the market face challenges on a number of fronts, including competition from big-box retailers and low consumer demand as South Korea struggles with persistently sluggish economic growth.

Recent government data indicated a flicker of hope, however, as the last quarter of 2019 saw a slight rise in private consumption, with spending on food and related items up 0.7%.

Last year, the economy grew only 2%, down 0.7 of a point from 2018 -- and the weakest expansion since 2009 when the country was reeling from the global financial crisis. But experts said that the 2019 data would have been worse had it not been for heavy stimulus by the left-wing administration of President Moon Jae-in, who has made spurring growth and easing the country's growing inequality key priorities.

When the 2019 figures were announced this month, Moon described them as evidence that his government's policies, specifically efforts to "change the structure of the economy," were showing results.

Since he took office in 2017, Moon has pushed an economic strategy he calls "income-led growth," which is highlighted by policies intended to boost the spending power of lower-income households. To that end, he has enacted steep increases to the country's minimum wage and allocated government funds to job creation programs.

The latest data showed a 26.4% increase in government spending on industry, energy and small and mid-size enterprises.

Moon's opponents on the right have attacked his approach. In an editorial this week, the conservative Chosun Ilbo newspaper cheekily described the unspectacular 2% growth rate as "tax-driven growth," arguing that the government has failed to build any real economic momentum and has blown taxpayer money in an attempt to cover up its failure.

"The low growth is mostly caused by the government's policy mistakes," the editorial said. "Pro-labor, anti-corporate and anti-market policies have dampened corporate motivation and industrial vitality."

The administration nevertheless remains committed to its approach to the economy, and has highlighted traditional markets like Jayang as an area that warrants greater government assistance. Last week, Prime Minister Chung Sye-kyun visited another traditional market in Seoul, where he purchased fruit and nuts for the holiday and spoke of ways to modernize the markets. "To adapt to changing patterns of consumption, it would be good to research how to apply mobile and online technologies, and support education for merchants," Chung said, according to his office.

Some argue that traditional markets ought to take advantage of their unique settings, as what was once considered grotty can become hip in another era. One advantage they have over big-box retailers is atmosphere, as well as central locations in many South Korean cities.

Mo Jong-ryn, a professor at Yonsei University in Seoul, argues that, to survive, markets should capitalize on their nostalgic appeal. "Traditional markets could become the main characters of a new retro boom," Mo wrote in a recent column.

Traditional markets can broaden their operations to include cultural spaces and bookshops, and should hold concerts and live events, Mo contends. Some, he added, have successfully experimented with offering space to startups, and selling craft beer and baked goods.

These questions of innovation, and the trends in the economy, seemed far from vendors' minds at Jayang Traditional Market on Friday. Most vendors were too busy handling the waves of customers to talk about their fortunes.

One middle-aged man operating a butcher's stall declined to chat, saying, "We've got to try to sell a lot today while we can."