SEOUL -- A South Korean cryptoasset exchange company has begun to handle fewer altcoins, cryptocurrencies other than bitcoin, a cleansing effort undertaken amid sudden drops in the currency markets that are hurting young people's investments but one that has come up against vehement opposition from coin issuers and investors.

There are more types of cryptocurrencies in South Korea than in the U.S. or Japan, including "kimchi coins," which are issued primarily by South Koreans.

Upbit, the country's largest exchange, made the big move. On June 11, 25 of 178 tokens were flagged as "coins to watch" because "their overall evaluation does not meet internal standards, and measures to protect investors are necessary," the exchange said in a statement. For five others, buying and selling with Korean won was shut down, though trading for them with other cryptocurrencies is still permitted. On June 18, the company announced trading in 24 of the 25 flagged tokens would be halted.

Other exchanges were surprised by Upbit's decision. "I'm sure they have their own criteria, but I was surprised that they included coins that are expected to grow," said a senior staff of one of the other exchange operators. The cryptocurrencies that could no longer be traded in won included popular kimchi coins such as Paycoin, which can be converted into bitcoin and used to make purchases at about 70,000 participating vendors, and Quiztok, which consumers can accumulate by correctly answering quizzes.

The moves stem from an amendment to financial regulations that took effect in March. Cryptocurrency operators will have to shut down if they do not file a report with the government by Sept. 24. The report has three requirements: 1) acquire an information security management system, for security verification, 2) confirm that the exchange has opened an account where deposits and withdrawals can be verified using real names, and 3) ensure there are no legal or regulatory violations by company executives.

The rules are designed to prevent cryptocurrencies from being misused in money laundering, but they also aim to encourage some of the wildly proliferating exchanges to exit the market. The Financial Services Commission, the Financial Supervisory Service, and other authorities have begun working with the exchange operators to help them meet the reporting requirements.

The steps taken in South Korea reflect growing global scrutiny of cryptocurrencies and the way they are traded. In recent days the U.K. financial regulator has ordered Binance, one of the world's biggest cryptocurrency exchanges, to stop its activities in Britain. Japan's regulator has also said Binance is not registered to operate there.

In South Korea, exchanges will not survive unless they can meet authorities' requirements and form a partnership with a bank that will open accounts allowing real-name verification. Narrowing down the number of altcoins traded is "an effort to make a good impression on the authorities," according to another exchange operator.

But the values of cryptocurrencies that were removed from exchanges without clear criteria plummeted across the board. Coin issuers and investors are strongly opposed to the move. 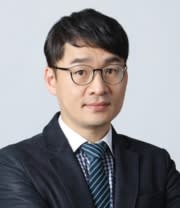 The developer of the altcoin Pica filed a lawsuit in the Seoul Central District Court seeking to invalidate the suspension of trading, saying, "The unilateral delisting by Upbit is unfair." It also revealed that it was made to pay coins on top of the fees for starting transactions. Upbit responded that the developer is "maliciously spreading falsehoods," and that it would take legal action.

Experts are divided on the moves to force tokens off of exchanges.

"Some pointed out that there are too many altcoins in Korea, even though the market is still small compared to that of the U.S.," said Kim Kab-lae, head of KCMI Financial Consumer Protection Research Center at the Korea Capital Market Institute. "It's good that exchanges are voluntarily removing transactions of problematic cryptocurrencies."

"When exchanges start trading, they review the issuer's white paper (business plan), and after the start of trading they check whether the issuer is complying with the document and stop trading if there are any violations," he said. "It's important to maintain consistency and not discriminate by token."

But others think differently. "South Korea is the Holy Land of cryptocurrencies, since it loves new things and is actively investing in altcoins. It has the potential to become a 'digital Wall Street' with so many amazing tokens emerging," said Kim Hyoung-joong, head of the Cryptocurrency Research Center at Korea University. "But if the number of coins drops because of self-restraint, investors' options will narrow, and the market will become a small, contained one." 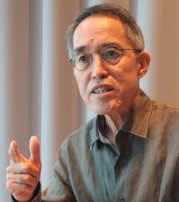 South Korea's crypto industry is looking to expand into the U.S., he noted. "Rather than continuing to do business in South Korea and worrying about the government, I recommend they get a good reputation in the U.S. and list on the Nasdaq," he said. "Upbit, Korea's largest exchange, has a higher trading volume than Coinbase, which recently listed on the Nasdaq, so it'll be even more highly regarded."

He opposes stricter regulations by governments that are downbeat on cryptocurrencies. "Policymakers need to recognize that cryptocurrencies are an important industry. Regulation could nip this new industry in the bud before it has a chance to grow. Bad investments are a personal responsibility. The government should sit back and watch," he said.

To survive the government's new financial regulations, exchanges have winnowed out the altcoins they are willing to handle. Will banks, traditionally wary of money laundering risks and reluctant to get involved with cryptocurrencies, join the exchanges? The crypto industry and investors are watching the situation closely.