Overtaken by China, Seoul may soon fall behind Mexico 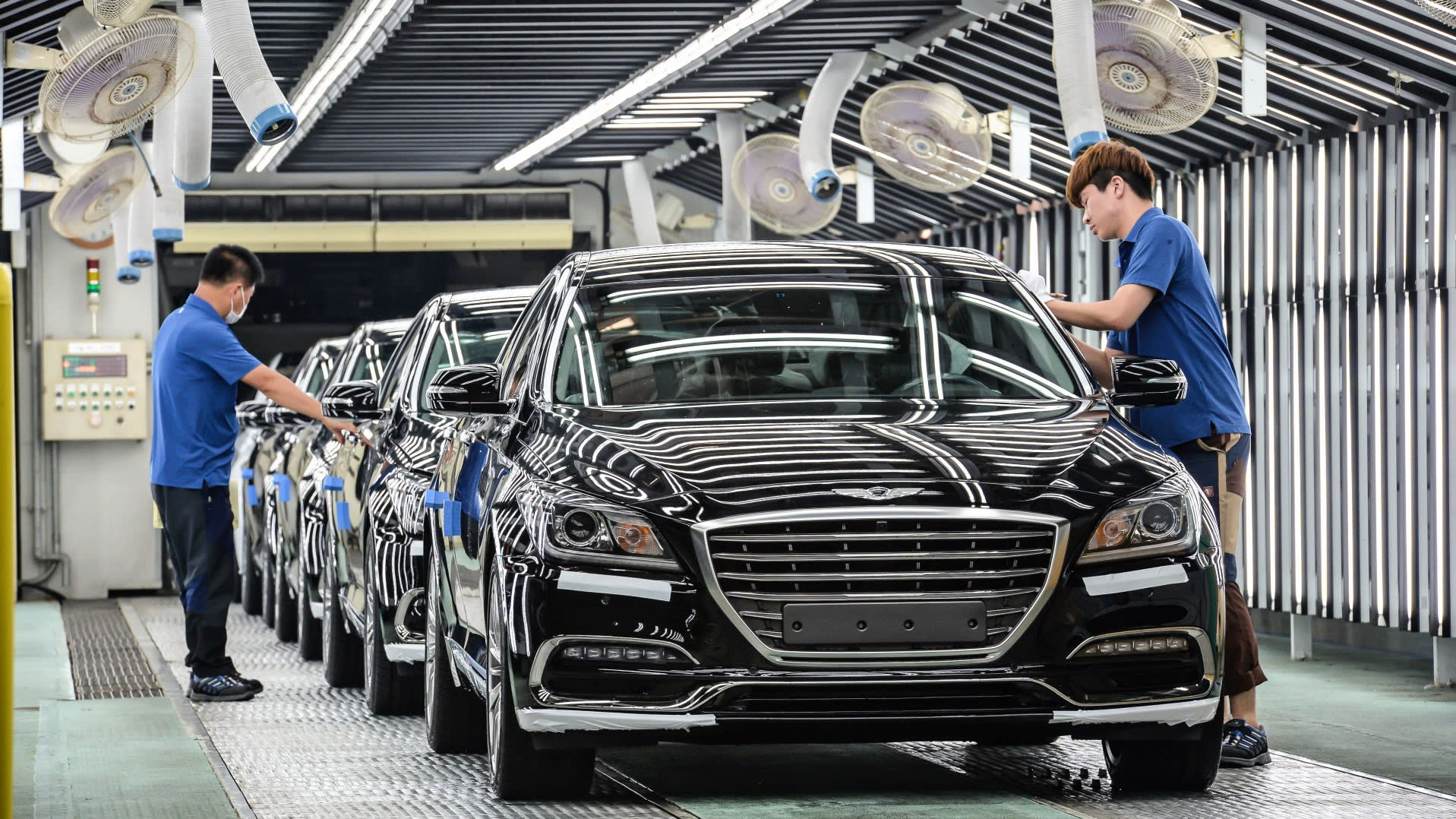 Production dipped by 2% to 4.03 million vehicles last year, down from a peak of 4.66 million in 2011, according to the Korean Automobile Manufacturers Association.

South Korea long ranked as one of the world's largest auto producers, behind the U.S., Japan and Germany. But after it ceded that place to China, India moved ahead in 2017 and Mexico threatens to overtake it in 2018, according to the Maeil Business Newspaper.

Hyundai Motor, which controls 70% of the domestic market along with subsidiary Kia Motors, has already moved production to Mexico and India. General Motors recently closed a plant in the south western city of Gunsan.

The difficulties facing Hyundai and its suppliers are compounded by fallout from the U.S.-China trade war and the costs of preparing for next generation technology such as automated driving and sharing, connected vehicles and electrification.

This has prompted calls for change in the South Korean auto sector as mega-suppliers around the world are forming alliances. One idea circulating is for Samsung Electronics and SK Hynix partner with Hyundai to produce automotive components other than semiconductors and batteries.

"Promotion costs and safety expenses have run up," a Hyundai executive said.

Hyundai exports about 60% of its domestically produced cars to North America, Europe and the Middle East. Profitability at South Korean factories and parts subsidiaries seems to have deteriorated amid struggling sales in those regions. The earnings decline ripples beyond the country's auto industry, as autos comprise about 10% of South Korea's exports.

A tier one supplier of steering devices filed for rehabilitation in late December with a court in the southeastern city of Ulsan, where its headquarters and a major Hyundai factory are located.

Two other tier one Hyundai suppliers applied for rehabilitation in November -- a maker of interior components and a producer of drive parts. Both hoped to restructure under a bank, but they could not reach deals with their creditors.

With the exception of Kumho Tire, which was acquired by a Chinese company last year, this is the first time that Hyundai suppliers have failed since automobile demand collapsed after the 2008 financial crisis, according to South Korean media.

"This string of bankruptcy protection filings reflects a crisis in South Korea's auto industry," according to the Maeil Business Newspaper.

South Korea has an estimated 850 tier one suppliers and 8,000 tier two and tier three suppliers with which carmakers do business. The Korea Institute for Industrial Economics and Trade calculates that 80% of sales at the country's tier one suppliers come from Hyundai.

In addition, Hyundai used its dominant position to demand that these suppliers cut costs. By contrast, Japanese automakers cooperate with suppliers and share the benefits if technological development or cost cuts are successful.

In South Korea, suppliers do not receive a portion of those proceeds, and they face restrictions in doing business with foreign automakers. Toyota Motor encourages suppliers to work with other automakers.