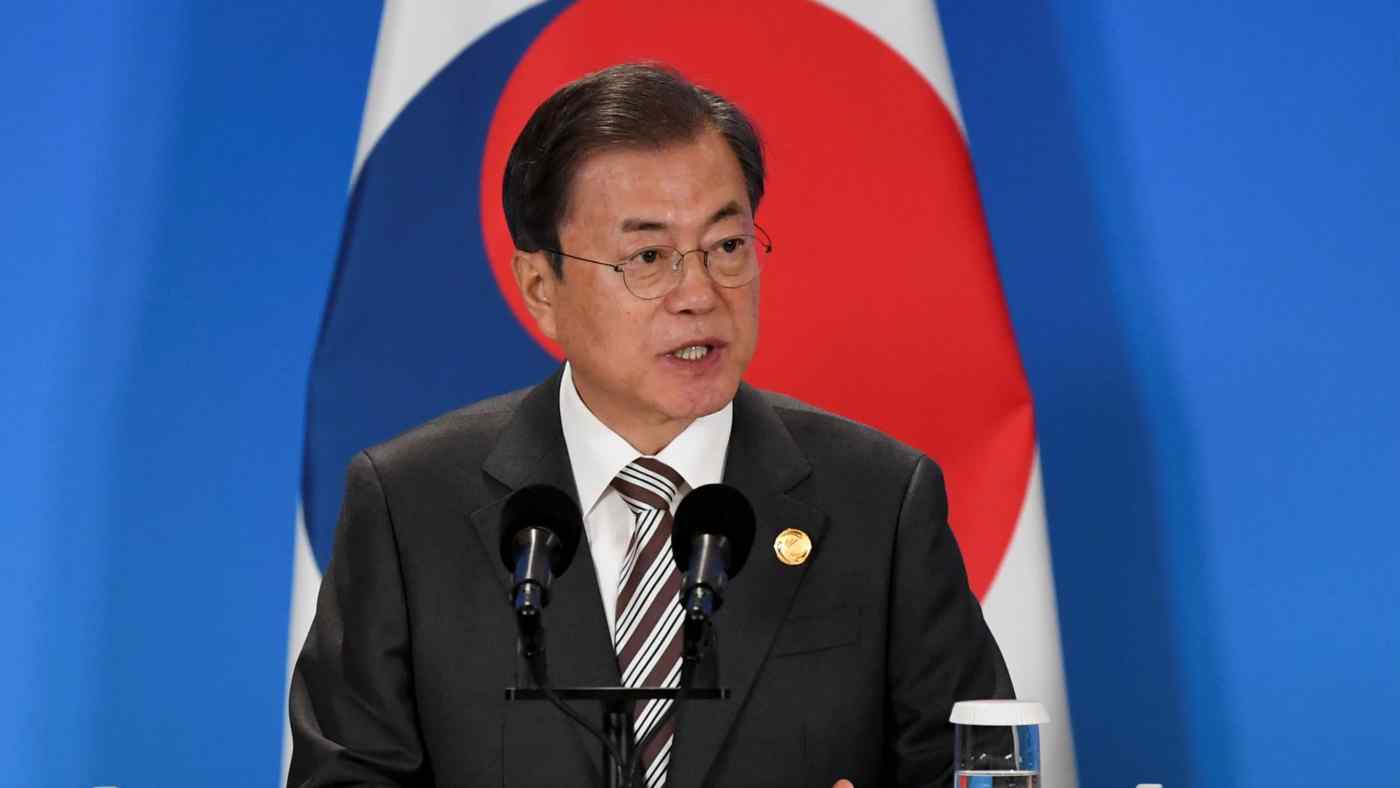 SEOUL -- South Korea's economy is set to rebound slightly in 2020 thanks to easing trade war tensions and expansive fiscal and monetary policy, but tight regulations and rising labor costs are likely to limit growth over the next 12 months.

However, a bigger concern over the coming decade is a looming demographic "time bomb" stemming from the country's fertility rate, one of the world's lowest.

The Bank of Korea projected in December that gross domestic product would grow 2.4% next year, up from an estimated 2.0% rise in 2019. Private sector economists are making similar forecasts, with JPMorgan seeing a 2.3% expansions.

"The cyclical and one-off drags on external demand should gradually ease, while fiscal and monetary stimulus should provide a buffer to domestic demand," said Park Seok-gil, an economist at JPMorgan in Seoul.

The economy will also be supported by the central bank, with analysts surveyed by Reuters forecasting a 25 basis-point cut in the benchmark rate to 1.0% next year.

President Moon Jae-in's administration has increased the minimum wage sharply for two consecutive years since taking power in 2017. While this has helped low-income earners, it has left small business owners struggling with the additional labor costs.

But with a tight legislative election looming in April, Moon and his Democratic Party, which holds a majority in the National Assembly, have little motivation to change its "income-led growth" policies. This stems from both the both the president and his ruling party having higher support rates than their political rivals.

Moon's approval rating held steady at around 44% in the third week of December, according to the latest Gallup Korea pool. The DP had about 37% support, ahead of the main opposition Liberty Korea Party, which had 23%.

"Given the relatively high approval rating of President Moon, we think the current Democratic Party will maintain power in a coalition with other minority parties," said Marie Kim, an economist at Citi Research in Seoul. "We still think pushing the welfare policy theme will continue while making economic growth the priority."

The National Assembly passed an electoral reform bill on Dec. 27 to introduce a new proportional representation system and lower the voting age to 18 from 19. This move is likely to help smaller parties, such as the Justice Party and the Democratic Peace Party, that are close to the DP. Scuffles ensued in the chamber as members of the Liberty Korea Party tried to block the legislation's passage over concerns it would give the DP more power. 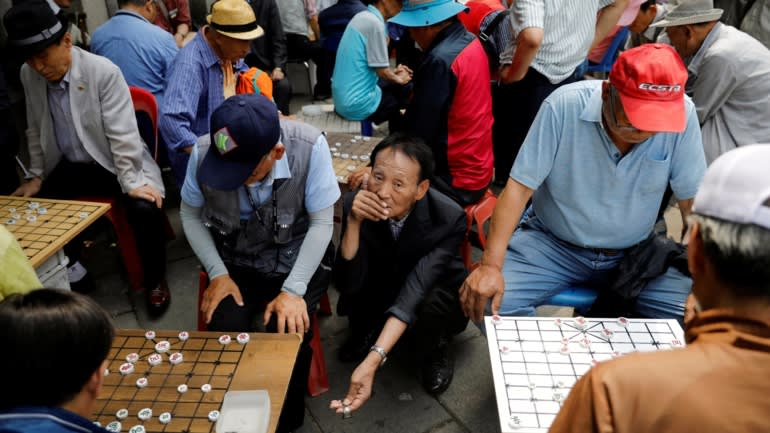 Elderly people play Chinese chess at a park in Seoul in June. South Korea's aging population has been described as a demographic "time bomb."   © Reuters

But hanging over the entire economy is the aging population. The country's fertility rate -- the average number of babies born per woman during her lifetime -- dropped to a record low 0.88 in the third quarter.

"The worsening demographic outlook is the key reason why we expect growth in Korea to slow sharply over the coming decade," said Gareth Leather, a senior Asia economist at Capital Economics.

Leather said that solution for the rapidly aging population and a shrinking workforce would be for couples to have more children, but it would still take two decades before any impact is seen.

"A more immediate solution would be to raise labor force participation rates. One way to do this would be to increase the number of women in paid employment," he said.

While demographics remain a long-term problem for South Korean policymakers, the nation's stock market is forecast to stay steady or even rise next year.

The benchmark Kospi index closed the year at 2,197.67 on Dec. 30. Japanese broker Nomura forecasts the index will move between 2,100 and 2,400 next year thanks to a recovery in semiconductors and other sectors.

CW Chung, a senior analyst at Nomura, said that corporate earnings will increase 22% in 2020, driven by profits at major companies including Samsung Electronics, SK Hynix and LG Chem.

"Memory and memory supply chain companies look promising, as we expect the memory market to recover in 2020 from the third quarter of 2019 bottom," said Chung. "We expect other cyclical sectors, such as chemical, steel, oil refinery, LCD, and overseas engineering and construction, will pass bottom and go through mini-recovery cycles in 2020."

But Nomura was concerned that carmakers such as Hyundai Motor and its smaller affiliate Kia Motors will face stronger regulatory issues in Europe due to plans to levy fines on auto manufacturers that exceed a certain CO2 emission level.