Most economies are net crude importers and benefit from lower prices 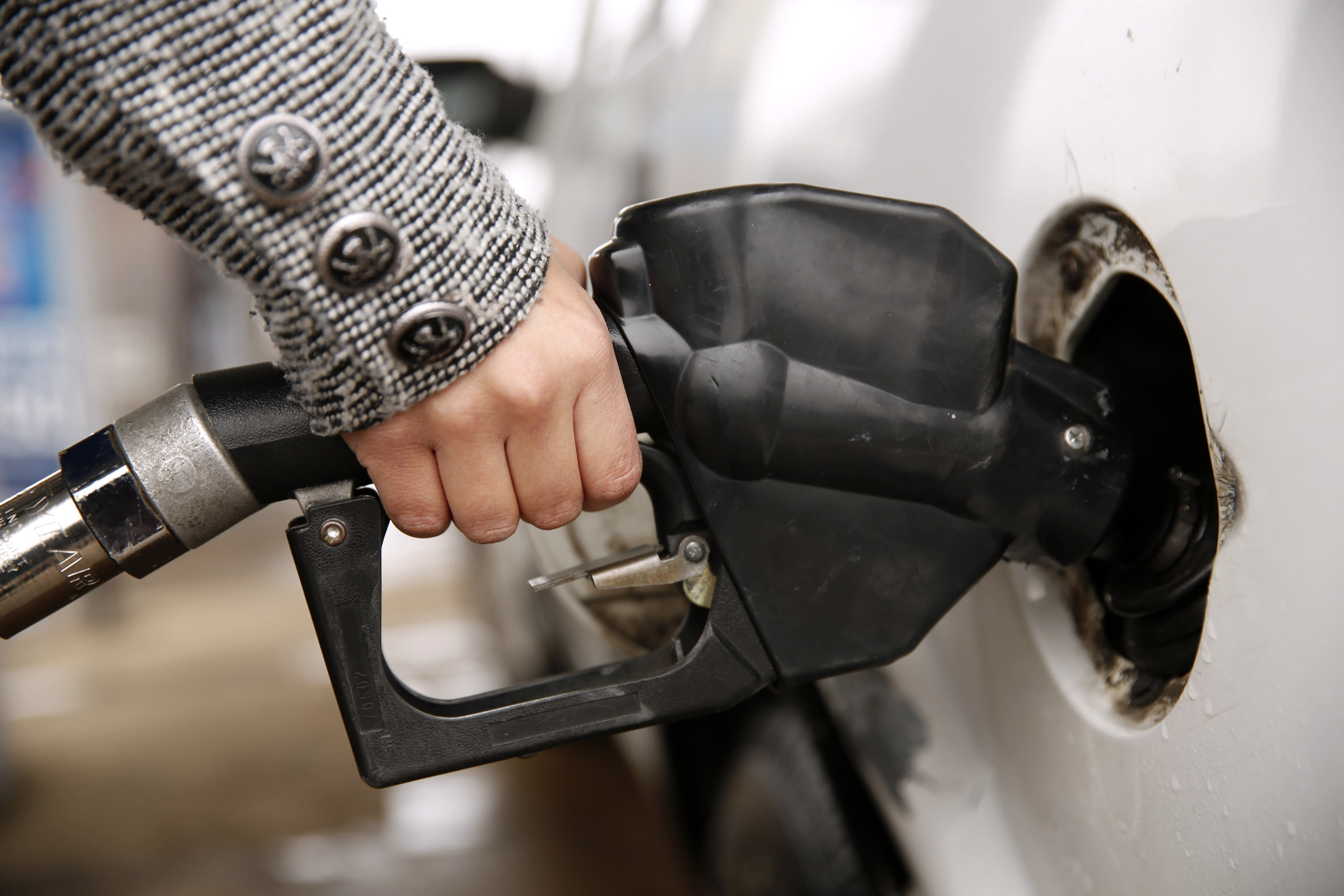 JAKARTA -- Rattled by rapid oil price swings in recent months, Southeast Asian economies are on tenterhooks ahead of an OPEC meeting this week that is expected to result in a supply cut to boost prices.

The recent plunge in prices -- the benchmark Brent crude dipped under $60 a barrel last week -- has benefited economies such as Indonesia and the Philippines that are net importers of oil. This is helping to blunt the inflationary effects of currency slides against the U.S. dollar in these countries, which are caught in the crossfire of the U.S.-China trade war.

Oil rebounded as much as 5% on Monday after the U.S. and China agreed to a truce in their trade conflict. This latest move follows a 30% slide in crude last month, after it touched four-year highs at the start of October.

While nations in the region welcome the break in trade tensions -- Singaporean Prime Minister Lee Hsien Loong said on Sunday that he hoped to see the U.S. and China take further "constructive" steps -- they have to be prepared for further volatility after the meeting of the oil producing cartel that starts on Thursday.

Most Southeast Asian countries are trade-dependent, with the exceptions of Brunei, East Timor and Malaysia, are net importers of the commodity. While Indonesia is also an oil exporter, it is a net importer. Lower prices are especially welcome in the region's largest economy, with the rupiah having dropped 11% against the dollar in the 10 months through October, though the currency has since partially rebounded.

"The region's current-account deficit economies [will] benefit especially from the dip in crude," HSBC economists wrote on Nov. 28, referring to Indonesia, the Philippines and also India. But the bank warned that net oil exporters such as Malaysia fare better with higher prices. 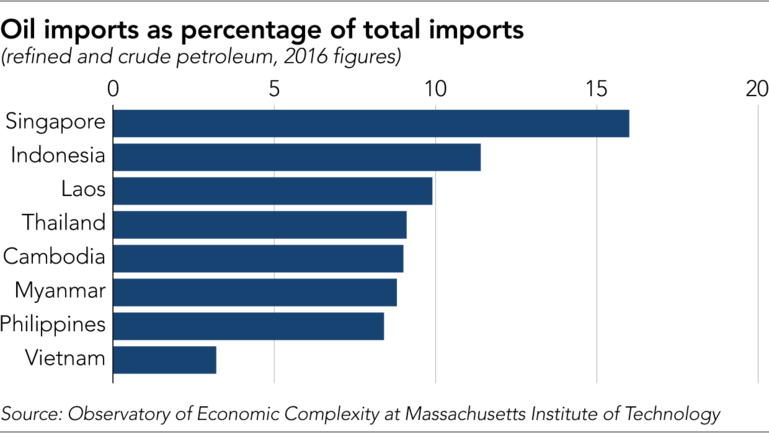 Measured as a whole, the 10 members of the Association of Southeast Asian Nations enjoyed economic growth of 5.3% in 2017, an expansion buttressed by both high trade-to-GDP ratios and record foreign investment of $137 billion last year, according to a recently published ASEAN Investment Report.

But while energy importing countries with high trade-to-GDP ratios will benefit from lower prices -- not least as a partial offset against trade frictions -- low oil prices could also suggest a wider economic downturn, which is not in the interests of emerging economies.

"The ongoing trade tensions have not affected the regional growth yet, but they have intensified the downside risks," said Ekaterine Vashakmadze, a World Bank economist. "It is expected that lower oil prices will contribute to an improvement of the balance of risks for the region as a whole."

Last week the International Energy Agency stated that while U.S. demand for oil has been "very robust," that was not the case in Europe and wealthy Asian countries, nor in emerging economies.

"Trade tensions and other risks to growth can potentially affect global activity and its prospects, reducing, in turn, oil demand," the International Monetary Fund cautioned in its October 2018 World Economic Outlook.

But absent a wider downturn, lower oil prices should act as a stimulus for Southeast Asian economies.

Noting in a recent report that "consumer price inflation in the Philippines reached a nine-year high of 6.7% in October," consultancy Capital Economics surmised that "lower oil prices, which will put downward pressure on domestic energy and fuel prices, mean inflation should drop back over the coming months."

"Brent crude oil will recover to average above $75 [per barrel] next year despite clouds looming over global demand as OPEC and its producer allies move to defend prices by preventing a new supply glut," S&P Global Platts wrote last week.

At the same time, record-high U.S. domestic oil production could hold prices down -- as demanded by President Donald Trump. 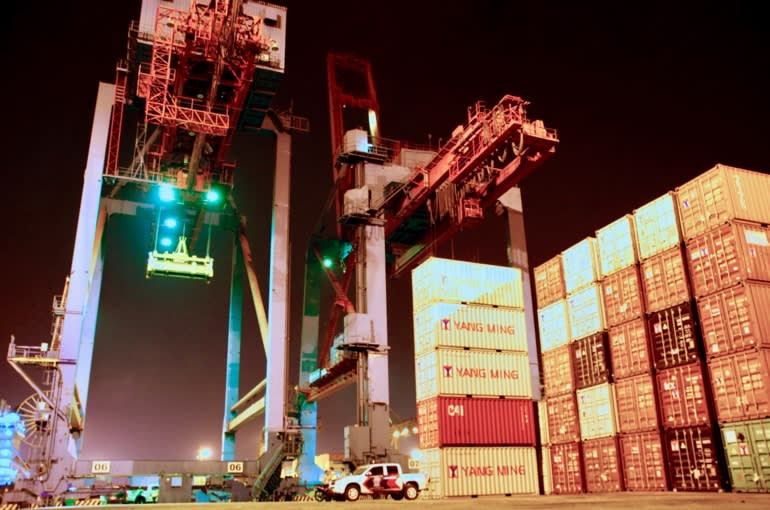 At the OPEC meeting, Saudi Arabia will seek a balance between prices low enough to stall the expansion of the costlier U.S. oil industry, but not too low as to undermine the lavish domestic spending that underpins the monarchy's control in the kingdom.

Either way, the price volatility looks set to continue.

"Saudi Arabia is working diligently to get a deal in place for next week as it understands that the oil market is over-supplied due to U.S. waivers on Iran and the stronger-than-expected growth in U.S. output in the summer," said Energy Aspects, a London-based energy consultancy in a report last week. "However, several challenges remain and the market may well be disappointed with the most likely outcome."

Liaw Thong Jung, regional oil and gas services analyst at Maybank Kim Eng, said that two possible price scenarios could emerge in the short term: a breakup in OPEC-Russia cooperation and status quo in production of 32.5 million barrels per day that would cause weakness and volatility in prices; or an output cut of 1 million to 1.4 million barrels per day that would will infuse confidence and bring more stable prices.

"But the uncertainty on the supply side remains, especially with the sanctions on Iran," Siregar said. "We expect a marginal fall in the fuel price next year, as weak demand will outweigh less supply of oil globally."

Either way, the price volatility looks set to continue and some analysts contend that if there is no deal this week, oil inventories will rise next year and prices could fall toward $40 a barrel. Qatar -- a small OPEC player -- withdrew from the cartel on Monday, potentially weakening the group's unity ahead the meeting.

And just as oil prices are likely to prove unpredictable, there remains the strong possibility that Trump will revive his threat to impose tariffs on all Chinese exports to the U.S. Such a move would invite retaliation and suck Southeast Asia further into the economic conflict between the world's two biggest powers.

"What the [Trump-Xi] meeting yielded is simply a temporary cease-fire agreement," said Mark Wu, professor of law at Harvard University and an adviser to the World Trade Organization. "For it to hold will require that much more progress be made in the negotiations over the next 90 days."

So far, he said, "the two sides have not been able to resolve the systemic challenges plaguing the relationship, such as [intellectual property] theft and technology transfer. Unless those thorny issues are resolved, there eventually will be renewed calls to step up the pressure once more."