JAKARTA -- Southeast Asia is bucking the global trend of falling direct foreign investment, as the low-cost fast-growing region solidifies its position as an attractive location for multinationals.

James Dyson's recent decision to relocate the headquarters of his eponymous technology business to Singapore is not about Brexit, the company said. Rather, the British tycoon said he is looking to a region that continues to exhibit solid growth -- "future proofing" as his chief executive termed it.

The move follows an October announcement that Dyson -- famous for its vacuum cleaners -- will make electric vehicles in Singapore, citing the city-state's proximity to "high-growth markets" in emerging Asia, where annual gross domestic product could grow by 6.1% between now and 2023, according to the Organization for Economic Cooperation and Development.

Asia received a third of global investment in 2018 and accounted for nearly all the year's investment growth, according to the United Nations Conference on Trade and Development. This is despite global foreign direct investment (FDI) declining 19% in 2018.

Japanese retailer Aeon opened a second large mall in Cambodia in June as part of its regional expansion plans, which this year will include new shopping centers in Hanoi and Bogor, Indonesia. "As for South East countries, generally speaking, they have been showing rapid economic growth and will keep their pace in future, too," an Aeon Asia spokesperson said.

"Vietnam's strong, high quality labor force in and around the port city of Hai Phong presented the perfect location for expanding LG's global production competitiveness," LG spokesman Ken Hong told the Nikkei Asian Review. "We are open to growing our operations in Vietnam and the region as a whole."

Elsewhere in Asia, U.S. retailer Walmart bought an $18 billion stake in Indian e-tailer Flipkart, while China and Brunei are involved in a $15 billion petrochemical project in the oil-rich sultanate. Taco Bell said it plans hundreds of new restaurants around Asia. Vietnam last month announced that Swedish furniture maker Ikea will sink almost a half a billion dollars into a retail and warehouse project in Hanoi, though the company said the amount of investment has not been finalized.

"In Vietnam, we believe we can make a positive contribution to its many people with our offer of well-designed, functional home furnishings at low prices," an Ikea spokesman said. "We are open to growing our operations in Vietnam and the region as a whole."

These are just some of the deals that reflect emerging Asia's status as the world's top investment draw. Of the $694 billion in FDI that went to developing economies last year, $502 billion found its way to "developing Asia." And although the U.S. was the most favored destination, five of the top 10 FDI recipients were in the Asia-Pacific region: China, Hong Kong, Singapore, Australia and India. But Southeast Asia was the world's "main FDI growth engine" last year, according to UNCTAD, with inflows up 11% to a record $145 billion. Not only did FDI in the region top that of Europe, it was slightly more than what China received and almost three times as much as South Asia.

"Southeast Asia is in a unique position," said Pushan Dutt, a professor at the INSEAD business school in Singapore. "It offers favorable demographics, fast growth, low costs and relatively good governance. Next, all global value chains run through Asia, which makes... Southeast Asia in particular attractive" to multinationals.

Thailand -- long a draw for manufacturing investors -- pulled in $11 billion last year, nearly four times as much as the previous year. Vietnam received a record $19 billion in FDI.

About half the Southeast Asia-bound FDI went to Singapore.

According to the 2018 Investment Report published by the Association of Southeast Asian Nations, 19% of FDI in Southeast Asia in 2017 was cross-border investment within the bloc. Nearly 70% of this was from Singapore to the nine other member states, particularly commodities-giant Indonesia.

Investment into Indonesia, however, is falling. The region's biggest economy saw FDI fall for a third straight quarter in the October-December period, the country's investment board said on Jan. 30. Thomas Lembong, the board's chief, recently blamed the slide on a lack of policy reform momentum. 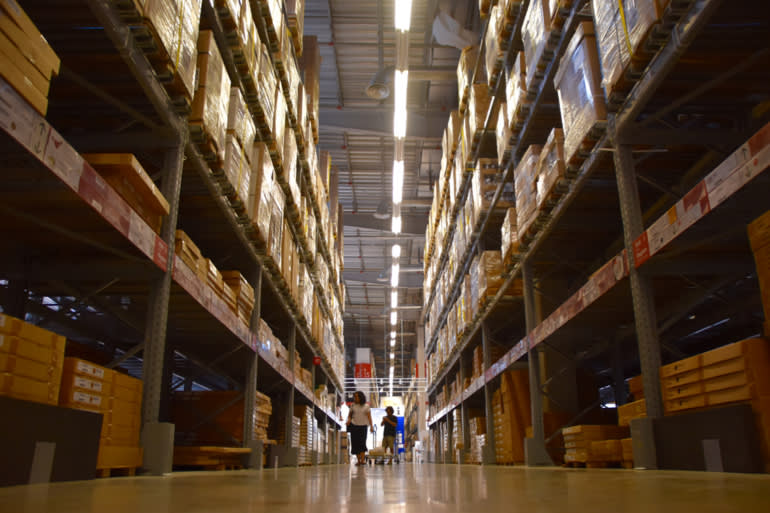 The association also estimated that foreign investment in Southeast Asia's information and communications technology sector came to nearly $8 billion in 2017 -- twice as much as mining, but only a quarter that of manufacturing.

In 2018, investment in the region's tech sectors reached $11 billion in 2018, with Singapore and Indonesia dominant, according to Singaporean venture capital company Cento Ventures.

While some of the drop in global FDI is attributable to U.S.-China trade tensions, the sentiment of American companies also played a role, according to UNCTAD. Spurred by Washington's 2017 tax reforms, U.S. multinationals repatriated billions of dollars in overseas earnings.

The trade tiff also appears to have multinationals with operations in China looking at lower-wage alternatives in Asia for their production. "As the cost-advantage of 'China as factory of the world' diminishes, [much FDI] will migrate to countries such as Indonesia, Vietnam, Cambodia and even Myanmar," said INSEAD's Dutt.

"No doubt, toward the end of 2018, some of the FDIs that would have gone to China ended up in Vietnam," said Suiwah Leung, associate professor at Australian National University.

But as economies grow and wages increase, countries in the region will need additional reforms and public spending, if they are to retain investment.

"Many of the region's countries could do things to attract more FDI. Improved infrastructure is high up there, with the Philippines and Indonesia standing out on that front," said Alex Holmes, an economist at Capital Economics. "Political stability is another factor. Countries such as Myanmar only receive limited FDI due to their political climate."

"Like other countries in the region, Vietnam needs to implement more reforms if it is to sustain investor interest," said ANU's Leung.