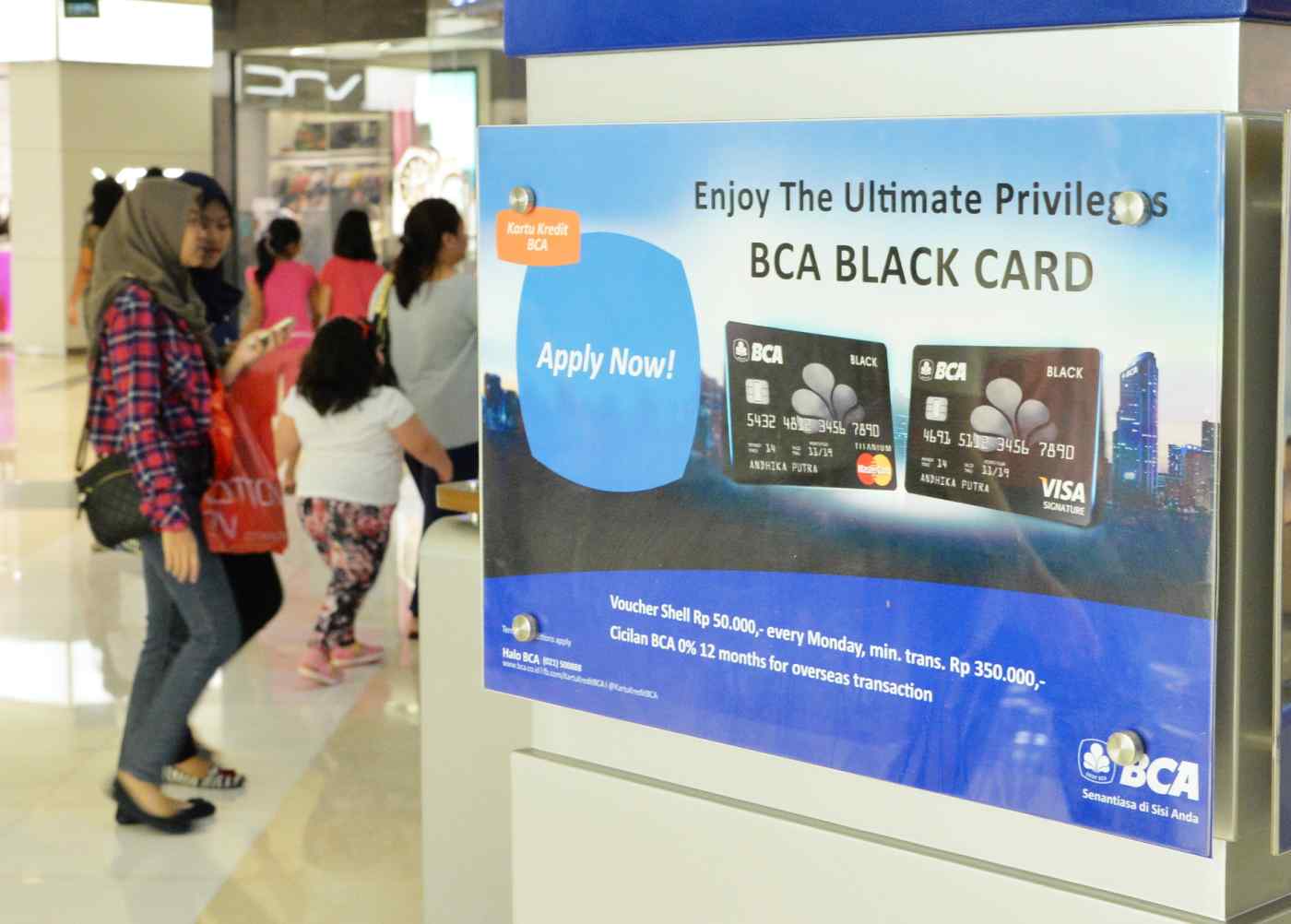 HANOI/YANGON -- Credit card companies are cultivating markets in Southeast Asia, where rising affluence is spurring the spread of electronic payment systems -- and allowing consumers to spend more than what they have in the bank. 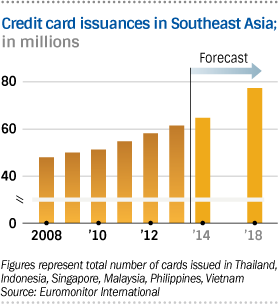 MasterCard in June introduced a mobile point-of-sale card reader in Vietnam's Ben Thanh market, in the heart of Ho Chi Minh City, the commercial capital of the country's south. The mPOS reader, as it is called, is the 100-year-old market's first electronic payment system.

The market's merchants, who have been given the mPOS readers, can use the things by plugging them into their smartphones. Though cash remains the market's dominant form of payment, Arn Vogels, who oversees MasterCard's Indochina operations, expects the mobile card readers to accelerate the spread of cashless transactions in the country.

Euromonitor International, a U.K. research institute, estimates that credit card issuances in Thailand, Indonesia, Singapore, Malaysia, the Philippines and Vietnam will grow to 77 million by 2018, from around 61.5 million in 2013.

Japan has a population of about 126 million; card issuances there top 300 million. The total population of the six Southeast Asian countries stands at 600 million, suggesting immense growth potential for credit cards in the region.

It is said that credit cards gain ground when per-capita gross domestic product tops $3,000. Of the six countries, Singapore leads the pack at $50,000. Malaysia is over $10,000. Thailand has hit $5,000, and credit cards there are beginning to spread outside high-income cities.

The Philippines and Vietnam are nearing the $3,000 threshold.

In Myanmar, per-capita GDP is less than $1,000, but Visa entered the country in the summer of 2012, prompting other plastic issuers to follow. Most credit cards in the country are used by foreigners, but the government is planning to allow banks to issue credit cards to ordinary consumers by the end of the year. The intention is to build Myanmar's charge card user base.

MasterCard and Visa are responsible for more than 90% of card issuances in Southeast Asia. Though the two have established solid footings in the region, credit card usage is not so widespread. "Limited acceptance is one of the key factors that hinders the development of electronic payments," Vogels said. The industry is hoping the mPOS readers and other tools will help to change this.

Marketing is another key. Visa, an official sponsor of the World Cup, carried out a campaign with a Vietnamese partner, Vietcombank, during the monthlong tournament to capitalize on the country's soccer mania. It posted advertisements using Fuleco the Armadillo, the Brazil World Cup's official mascot. It paid $170 million for sponsorship rights.

Japanese card company JCB is targeting less-developed countries in the region. In February, it began issuing credit cards through a tie-up with Laos' Phongsavanh Bank. JCB intends to capture a 10% share of Laos' credit card market by playing up brand Japan's trustworthy image. The issuer also plans to enter Cambodia next year.

China UnionPay is looking to tap into the growing number of Chinese tourists to Southeast Asia. In Cambodia, it is targeting hotels and restaurants, hoping Chinese visitors to Angkor Wat and other sites settle their bills with their UnionPay cards. The debit card issuer has also partnered with a Cambodian bank to allow UnionPay cardholders to withdraw cash from ATMs in the Southeast Asian country.

Debit cards -- which allow money to be taken directly out of a user's bank account when a purchase is made -- are more widespread than credit cards in the region. Consumers can get one without having to pass a credit check. In 2012, there were a combined 220 million debit cards in use in five Southeast Asian countries -- more than four times the total number of credit cards.

In Singapore, ATM cards issued by local banks are all used as debit cards. The system is operated by the Network for Electronic Transfers, or NETS, which was founded by the country's big banks after the government decided to promote electronic payments. NETS, which does not impose minimum income levels, is now a popular settlement tool.

Credit cards face other challenges in the region. The Indonesian government last year introduced restrictions on the number of credit lines and cards a person can hold, depending on age and income. Some Southeast Asian consumers hoard credit cards, which often come with introductory perks. The Indonesian government acted to prevent consumers from being saddled with debt, but industry concerns are mounting that similar regulations elsewhere could obstruct the spread of credit cards.

Tamaki Kyozuka in Bangkok, Mayuko Tani in Singapore and Kazuhiro Ogawa in Tokyo contributed to this article.