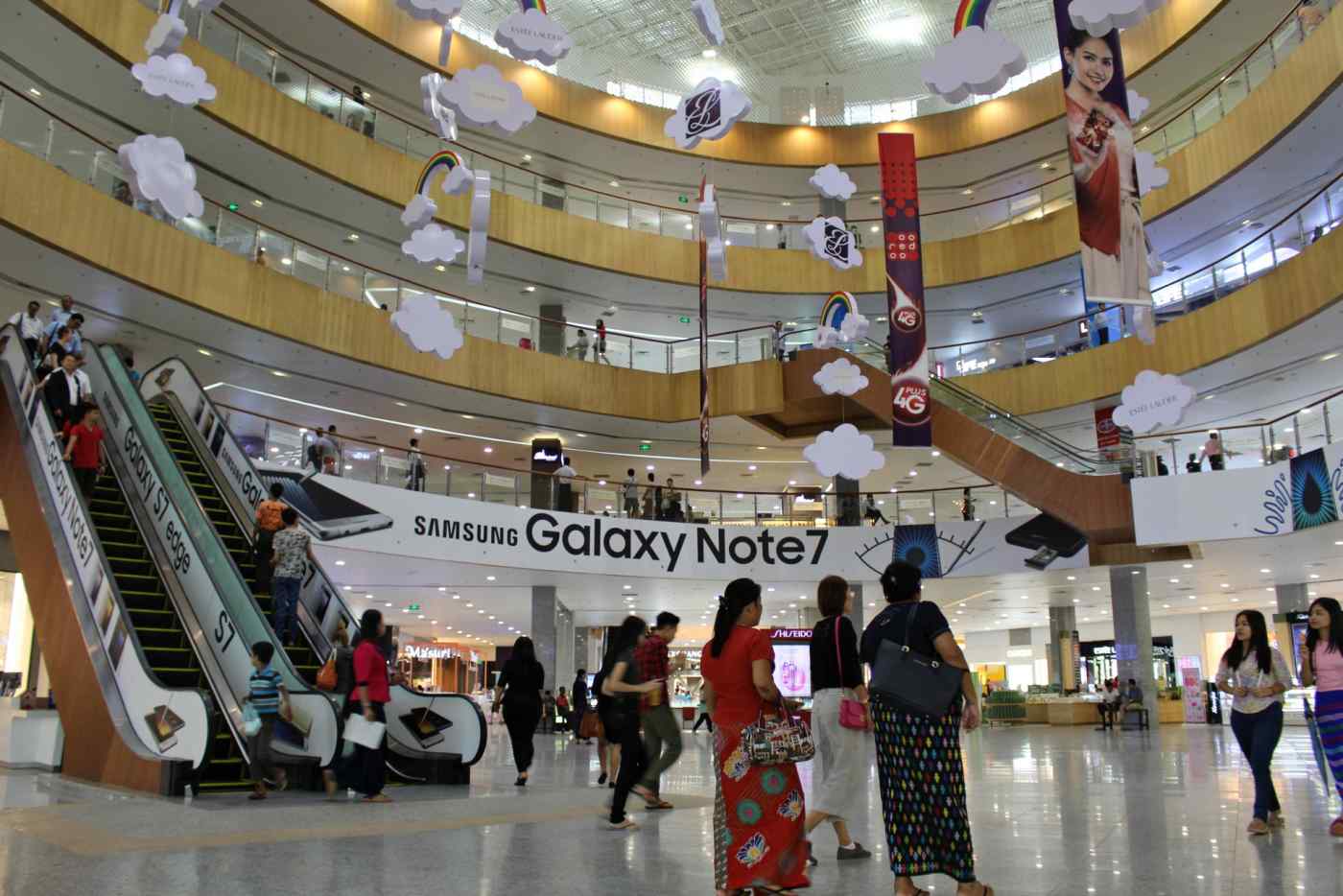 VIENTIANE Companies in ASEAN countries are on a regional investment spree. Sensing opportunities in Southeast Asia's expanding consumer markets and ongoing infrastructure development, they are rushing to build factories and make acquisitions.

Companies from the Association of Southeast Asian Nations overtook their European counterparts in 2015 to become the biggest investors in the region by value for the first time in three years. That investment should help sustain economic growth regionwide. The five-story Myanmar Plaza, which opened last December in Yangon, is a showcase for big-name domestic and foreign brands, including German sportswear maker Adidas. Myanmar's first modern shopping mall is thronged with buyers from the country's swelling middle class.

The mall was built by Vietnamese real estate developer Hoang Anh Gia Lai. Next door, an office building has already been completed. An upscale condominium building is scheduled to go up by 2018. In all, $440 million will be invested in the complex.

U.K. research company Euromonitor estimates ASEAN's retail market will expand by about 20% between 2015 and 2020 to $588.3 billion. Companies are piling in, trying to get a piece of the action.

Boon Rawd Brewery, a Thai maker of alcoholic beverages best known for its Singha beer, is pushing into Vietnam, investing a total of $1.1 billion in a food company and a beverage producer that are part of local conglomerate Masan Group. Vietnam Dairy Products (Vinamilk), the biggest dairy company in the country, in May began production in neighboring Cambodia.

According to a report issued Sept. 6 by the United Nations Conference on Trade and Development, investment in the ASEAN region totaled $119.9 billion in 2015, down 8% from the previous year but still the third-largest annual figure on record. ASEAN companies accounted for nearly 20% of the total, taking the top investor spot from European companies.

To make its vision a reality, Lippo created a joint venture with First Myanmar Investment, the country's biggest conglomerate. Lippo contributed 40% of the joint venture's $420 million in capital. The Indonesian company hopes to offer health care in both Yangon, the country's largest city, and rural areas. The Asian Development Bank forecasts the ASEAN region will need $1 trillion worth of infrastructure over the decade to 2020. Vietnam Military Telecommunications Group, better known as Viettel, has spent $800 million to upgrade Myanmar's communications infrastructure. Mobile phones are spreading rapidly in the once-isolated country.

Siam Cement Group of Thailand has started making cement in Indonesia and is hoping to enter Myanmar and Laos as well. The more developed ASEAN countries are expected to continue pouring money into their poorer peers -- Cambodia, Laos and Myanmar.

ASEAN companies are scrambling to buy the regional operations of competitors from outside the region as well. While this gives them instant access to customers and supply chains, it will also test their ability to run their new businesses.

Central Group, a Thai retailer, bought the Big C supermarket chain in Vietnam from France's Casino Group, taking over more than 70 convenience stores and other outlets. Meanwhile, Siam City Cement of Thailand will acquire the Vietnamese operations of the world's No. 1 cement producer, LafargeHolcim, bringing the Swiss company's five plants in Vietnam under its wing.

The ASEAN Economic Community was launched late last year. But according to Mustapa Mohamed, Malaysia's minister for international trade and industry, it is just beginning to address tough issues. Challenges include scrapping nontariff barriers and developing a common regulatory structure. Negotiations among the AEC's 10 members over such thorny matters could determine whether ASEAN companies' investments pay off.