Speculation rife as Kuroda's tenure as BOJ governor winds down

Some worry his replacement could end easing, snuff out the stock market rally 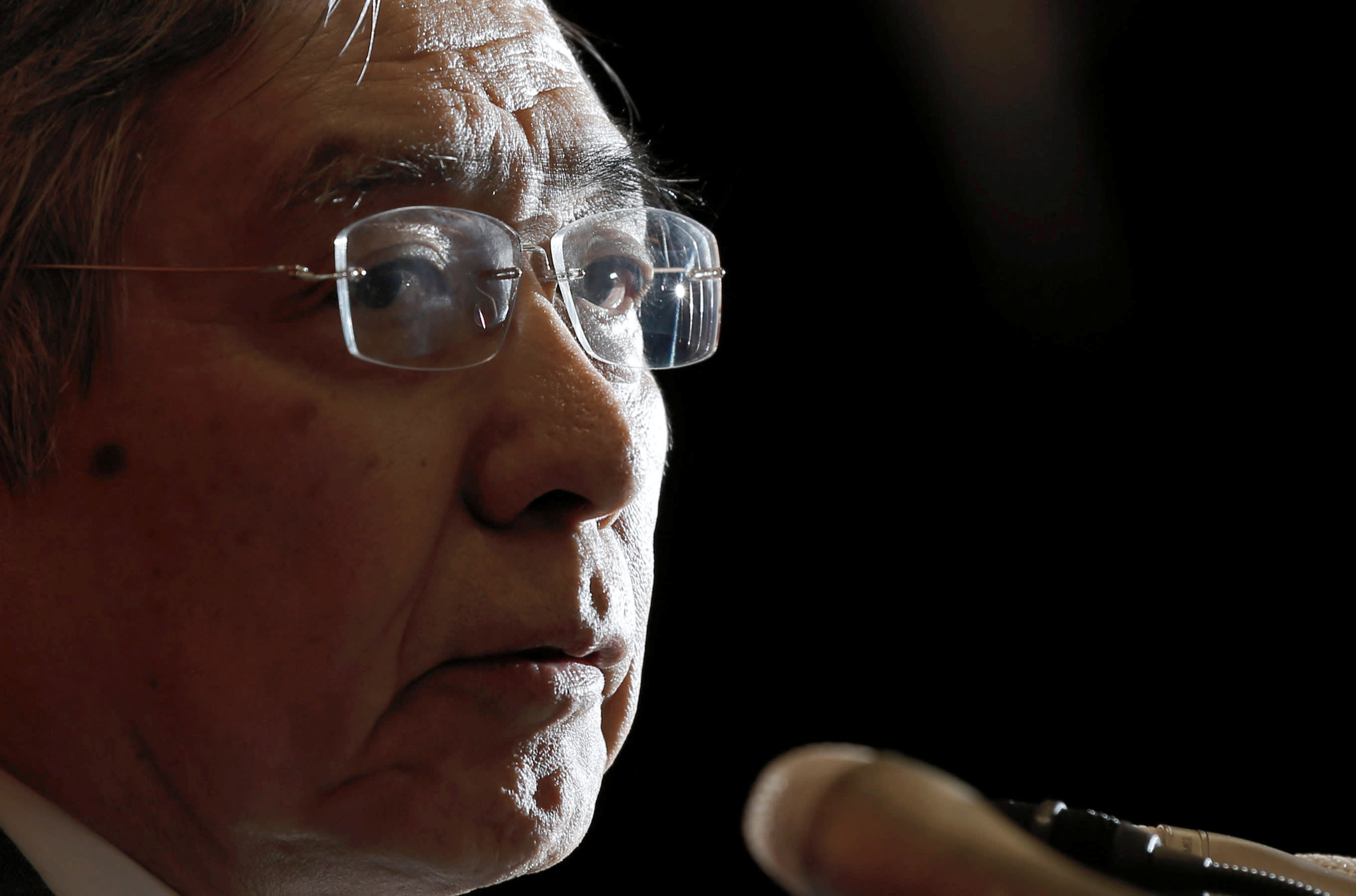 TOKYO -- I first met Bank of Japan Gov. Haruhiko Kuroda in the spring of 1991, shortly after the collapse of Japan's economic bubble. At the time, he was chief of the Ministry of Finance's Tax Bureau Income Tax and Property Tax Policy Division.

Kuroda was not a typical MOF bureaucrat. I sometimes visited him to get information about the tax system, a subject I was assigned to cover, and I really enjoyed hearing him talk about a wide variety of topics, including politics, society and culture.

Though Kuroda graduated from the University of Tokyo Faculty of Law, he once wrote an article about mathematics that appeared in the public relations magazine published by the MOF. There is also a "legendary" rumor that Kuroda read all the books in a library during his junior high school days, though I didn't ask him if this story was true or not.

When I visited Kuroda to interview him about the tax system, I often realized after the meeting that he had hardly spoken on that subject. This is still how he responds to most media questions.

At a news conference on Jan. 23, Kuroda did not give a clear answer to the topic reporters were most interested in, regarding whether he would stay on as governor after his current term expires on April 8.

Kuroda declined to comment on the issue, saying that it would be presumptuous to answer. He noted that the cabinet has the authority to nominate candidates for BOJ chief and the nominee has to be approved by the Diet.

Asked about the qualifications central bank governors need, Kuroda replied, "In this age of globalization of financial markets and economic activities, it's very important for central bank governors to work closely together and have a global perspective." He added, "That's not to say that I have all these skills."

Will Prime Minister Shinzo Abe eventually reappoint Kuroda to lead the central bank? Japanese financial market participants are focusing their attention on this question. In the last five decades or so, no BOJ governor has been reappointed for a second five-year term. If Kuroda serves another term, he will be the first BOJ chief to do so since Masamichi Yamagiwa held the post from 1956 through 1964, when Japan experienced a high-growth period.

Despite this fact, speculation is rife that Kuroda will stay in office for another term. Many point out that the BOJ's unprecedented monetary easing is still very much at the heart of the prime minister's "Abenomics" economic policy mix, launched in December 2012. In particular, market participants have high expectations for the current BOJ policy remaining in place because the policy stance has resulted in further gains in the stock market on the back of the yen's weakening. BOJ officials, such as Deputy Gov. Hiroshi Nakaso and Executive Director Masayoshi Amamiya, are among the potential candidates to replace Kuroda. Other possible contenders for the top job from outside the BOJ include Etsuro Honda, a former MOF bureaucrat and the present ambassador to Switzerland, who served as a special economic adviser to the prime minister, as well as Takatoshi Ito, an economist who is close to Kuroda, and a professor at Columbia University in the U.S.

Market players became concerned that the nomination of Honda to lead the central bank could cause significant change to monetary policy after April, because he argues that it is important to increase fiscal spending and have the BOJ support it through additional monetary easing.

As in Japan, the stock markets in the U.S. and Europe continue to rally, which is helping major developed countries and emerging nations undergo high growth for the first time since the long economic slump triggered by the financial crisis in 2008. Those market players who want a continuation of the so-called "Goldilocks" market conditions -- in which the economy sustains moderate growth and inflationary pressure is not high, which allows a loose monetary policy -- are hoping that Kuroda will stay in office, given that the BOJ governor played a key role in bringing about this economic status.

The cabinet is supposed to appoint the next BOJ governor in February. No matter who is selected to guide the central bank, it is highly likely that the next governor will face tough challenges during his five-year term.

Following in the footsteps of the U.S. Federal Reserve, the European Central Bank has begun to wind down its aggressive monetary easing program. Accordingly, their moves have prompted speculation among financial market participants that Japan may follow suit this year. At a news conference at BOJ headquarters on Jan. 23, Kuroda flatly dismissed such speculation, saying, "We're in no position yet to debate the timing of an exit from the ultra-easy monetary policy."

Kuroda is particularly worried about the yen's appreciation due to speculation that the BOJ will seek an early exit from extraordinary policy steps. There is no doubt that the yen's continued depreciation as the result of aggressive monetary easing has contributed to strong corporate earnings growth, which has driven the stock market higher, though the central bank does not acknowledge the fact officially.

But the fact that inflation remains unable to reach the BOJ's 2% target has created a real headache for the central bank. Inflation is far below 1%, despite Japan's sustained economic growth, near-zero unemployment rate and improved corporate performance.

Abe called on companies to accept 3% pay hikes in this year's wage negotiations. Thus, the prime minister is behaving just like a labor union leader, though he is a very conservative politician.

How much longer will it take before the BOJ's policies take hold to spur economic growth?

When Japan, the U.S. and Europe tightened their monetary policies five times in the past, the U.S. first took action and then Europe moved, eventually followed by Japan, which resulted in a slowdown in the world economy the following year, according to Hajime Takada, chief economist at Mizuho Research Institute. He warned that the trend is different from the current situation, because even if the U.S. and Europe raise interest rates, the BOJ will be unable to follow suit, and in this scenario, the current cycle of economic expansion may run its course in the near future.

Hideo Hayakawa, senior executive fellow at Fujitsu Research Institute, also voiced concern that if Japan enters the phase of economic recession before rebuilding the economy and scaling down its monetary easing operation, it will have little room to implement stimulus measures in terms of national finance and monetary policy framework.

Even so, there is a possibility that if the BOJ heads toward an early exit from its loose money policy, this could lead to the yen's appreciation and a stock market slump. But a prolonged period of monetary easing may deal an even more serious blow to the economy. Moreover, some believe Abe will likely resign as prime minister during the BOJ governor's next five-year term.

The next BOJ chief will face greater challenges than the heads of the Fed and the ECB. This is something Kuroda may have already fully realized.