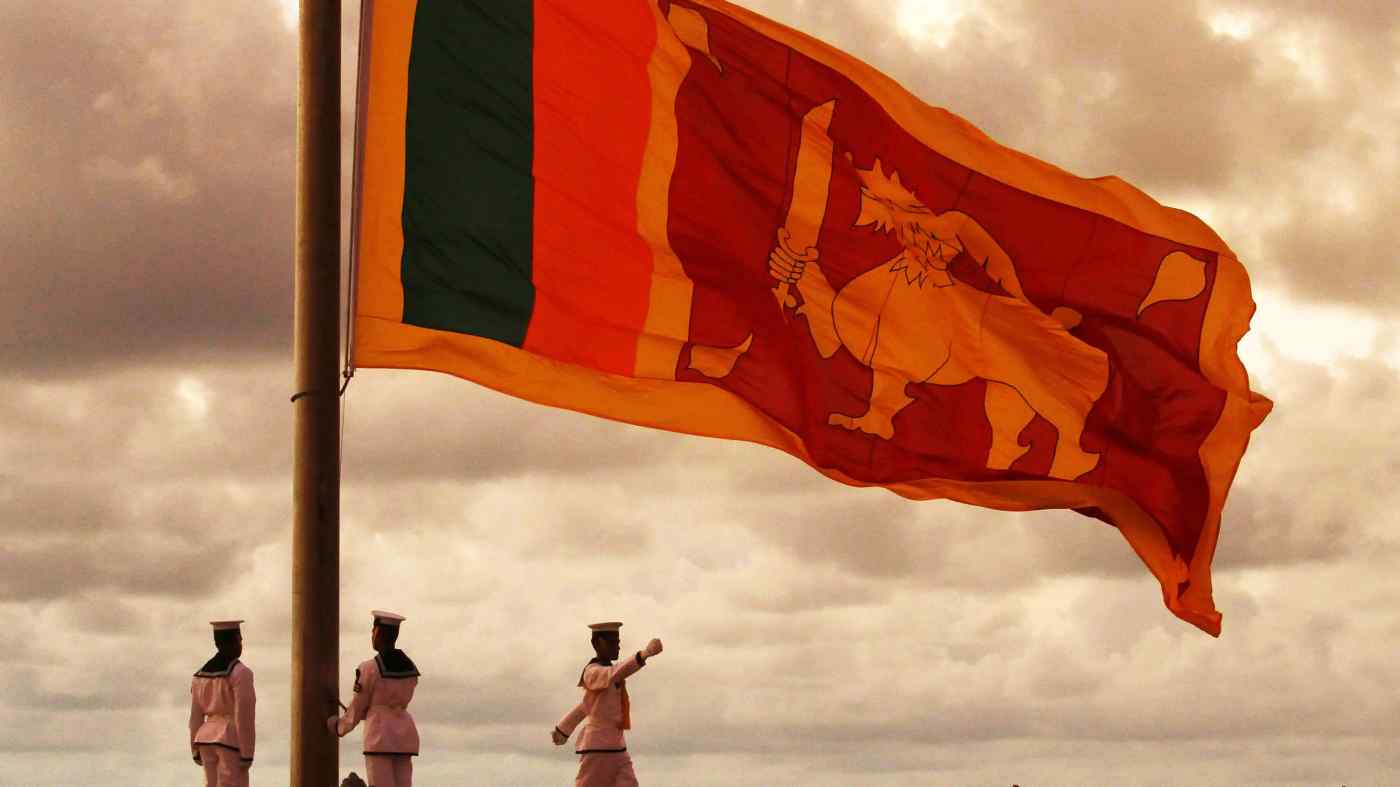 COLOMBO -- Sri Lanka is turning to key Asian allies for a financial lifeline as a balance of payment crisis looms over the debt-strapped South Asian island. It is in discussions with India and China in a desperate effort to meet unprecedented foreign debt obligations.

The Reserve Bank of India agreed earlier this month to provide a $400 million currency swap facility to the Central Bank of Sri Lanka. "The RBI's very rapid and timely assistance will serve to boost investor confidence by supporting Sri Lanka to maintain an adequate level of external reserves," CBSL said in a statement.

The Bank of China is meanwhile reported to have offered a $300 million loan.

On Thursday, Indrajit Coomaraswamy, the governor of Sri Lanka's Central Bank, told a public forum in Colombo that both the RBI and the Bank of China are considering plans to scale up their respective offers to $1 billion each. "Sri Lanka's friends, the two regional giants, have stepped up to support us in this time when we were pushed into a rather difficult corner," he told the meeting hosted by the Ceylon Chamber of Commerce.

Sri Lanka's foreign exchange reserves were down to $6.9 billion at the end of last year, when investors were spooked by political turmoil that brought down the island nation's ratings.

Last week, CBSL revealed that Sri Lanka has paid back a $1 billion international sovereign bond by dipping into foreign exchange reserves after attempts to raise funds from the international bond market failed. There is a record debt of $ 5.9 billion that must be met by the end of 2019, and foreign reserves will be severely depleted if Sri Lanka has to carry on in this way.

The $87 billion economy is saddled with unprecedented debt. Banking sources in Colombo estimate maturing loans between 2019 and 2022 to be around $20.9 billion. China is emerging as Sri Lanka's lender of last resort. Bank of China opened an office in Colombo last year, and financial industry insiders here told the Nikkei Asian Review that China offered to help when Sri Lanka tried to raise dollars from international capital markets. "They once offered to buy an entire sovereign bond issue because they have so much cash," one source said. "But that was declined in the interest of diversity."

Chinese banks have financed a number of major infrastructure projects in recent years. Verite Research, a Colombo-based think tank, estimates that China accounts for nearly 15% of Sri Lanka's external debt, which was estimated to be around $53.1 billion at the end of 2018. The largest part of the country's foreign loan portfolio is in dollar-denominated international sovereign bonds, estimated to be nearly 50%, followed by debts to Japan, the Asian Development Bank and the World Bank. 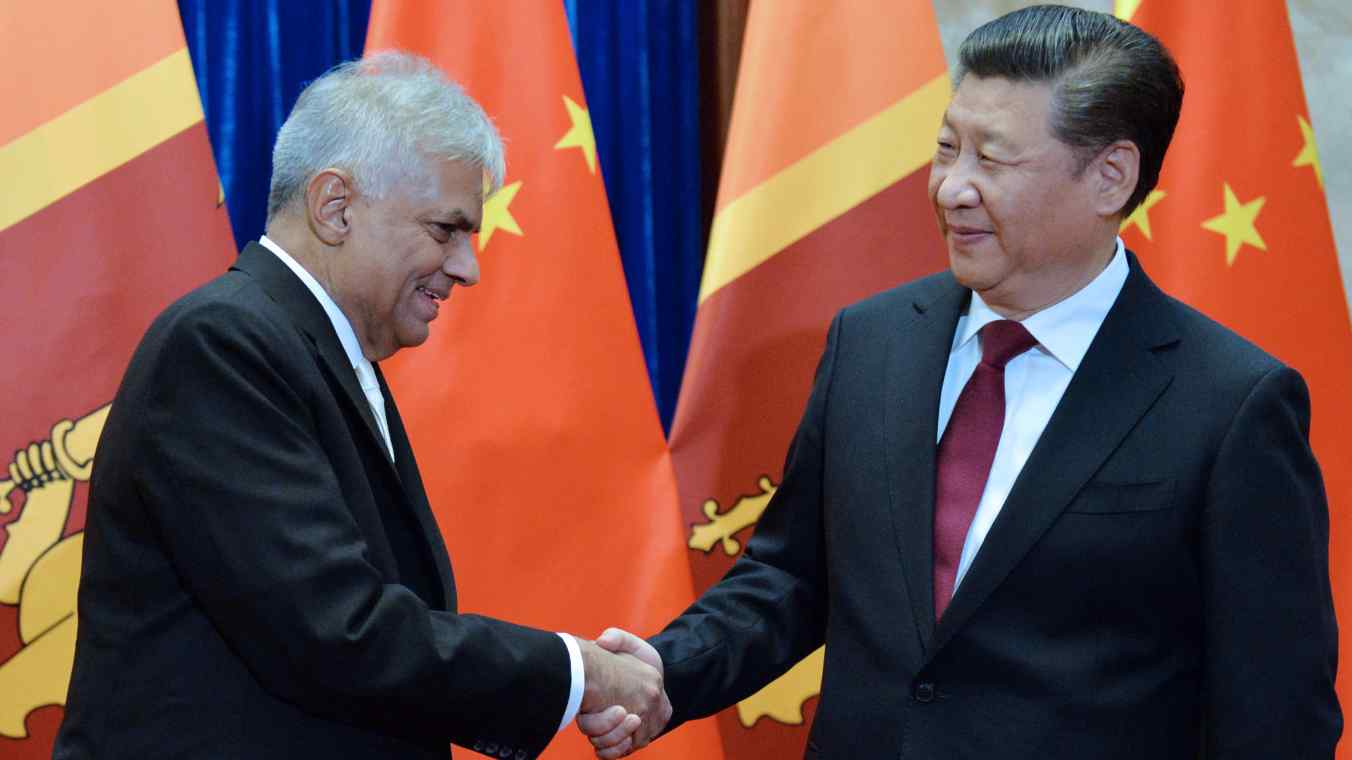 Last year, Sri Lanka secured a $1 billion loan from China Development Bank. China's central bank also offered the equivalent of $250 million in Panda bonds. "There are advantages for Sri Lanka to borrow from China, with an interest rate of 2%, [compared to] international sovereign bonds, where interest rates are expensive, at 6.29%," Nishan de Mel, executive director of Verite Research, said at a seminar last week in Colombo when the Chinese debt situation was discussed.

In recent years, RBI has stepped in to help Sri Lanka meet various liquidity and balance of payment crises. In 2016, it offered $700 million for a three-month period. The latest $400 million in financial assistance reflects New Delhi's desire to protect close bilateral relations.

The financial packages from China and India reflect their rivalry for influence in the strategically located Indian Ocean island. Since a civil war ended there in 2009 after nearly 30 years, China has been building a presence in what was traditionally India's backyard.

Sri Lanka's many economic woes have been aggravated by self-inflicted political wounds. A "constitutional coup" staged by President Maithripala Sirisena towards the end of 2018 precipitated a major political crisis. The president summarily dismissed the prime minister in his coalition government and replaced him with a more politically popular successor who nevertheless lacked a parliamentary majority.

The country saw around $1 billion drain from the stock and securities markets because of political instability. The Sri Lankan rupee, which had been depreciating at 4% annually, slumped 16% against the dollar by the end of the year due to a poor economic performance aside from the political upset.

The International Monetary Fund reduced Sri Lanka's prospects for raising money in international capital markets after it froze the final payment of a $1.5 billion bailout implemented in 2016. This week, the IMF agreed to review the suspended program after a Sri Lankan government delegation met with officials in Washington.

"The IMF remains ready to support the Sri Lankan authorities in these endeavors and an IMF team is scheduled to visit Colombo in mid-February to resume program discussions," Managing Director Christine Lagarde said in a statement on Tuesday.

But analysts say the government must do more to swell the capital account through boosting exports and attracting FDI, both of which are anemic. "There is no dollar revenue coming in to help pay the dollar debt," said one analyst, pointing to the drop in exports from 33% of gross domestic product 20 years ago to 13% currently. "It is a dollar crisis that Sri Lanka is really facing."