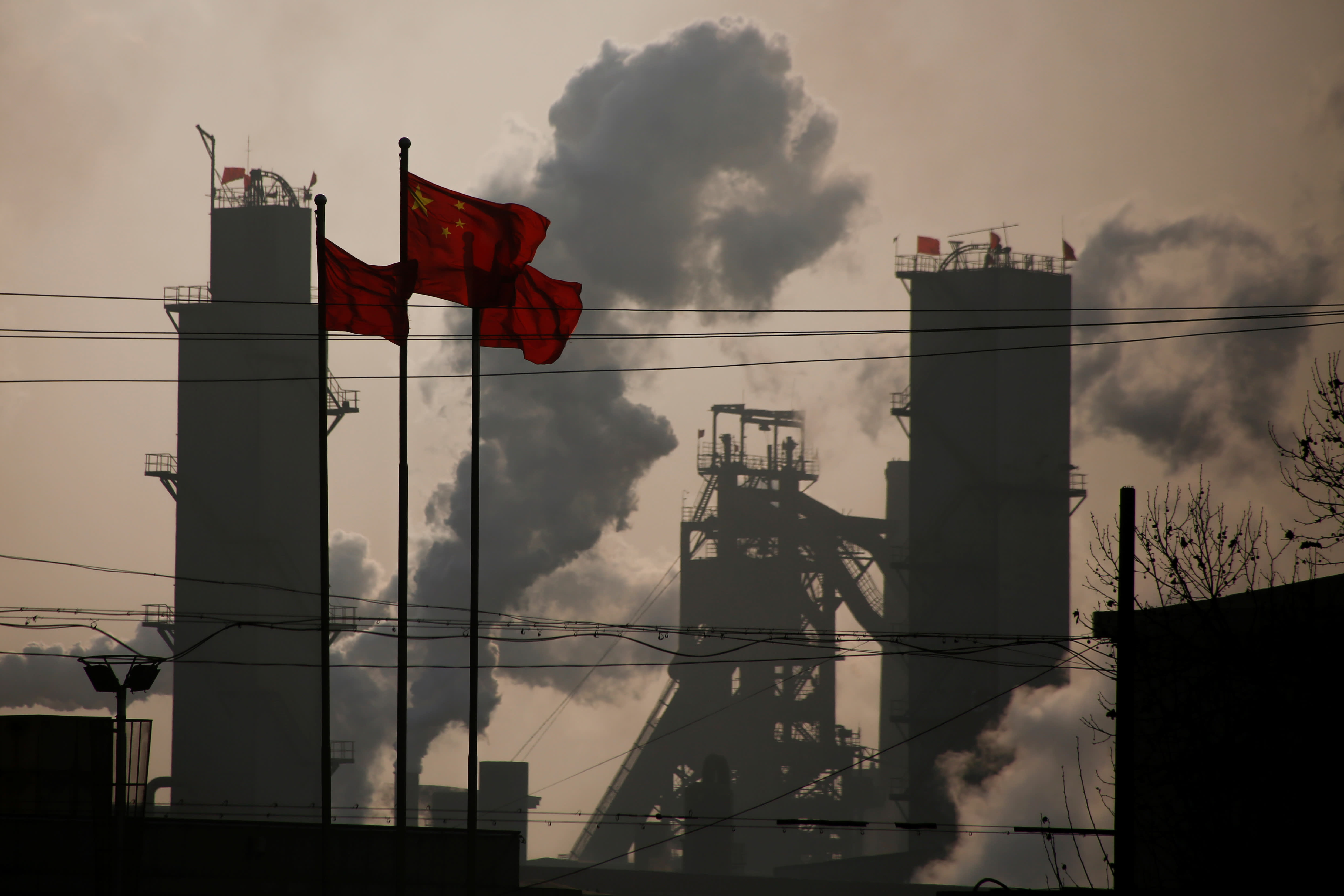 BEIJING -- As China squeezes its manufacturing sector to address overproduction and environmental damage, small private-sector businesses are feeling the brunt of the pain while state enterprises remain largely unscathed.

The government is leading an effort to reduce output capacity for iron and steel and address rampant pollution in industrial areas, forcing massive plant closures. A recent visit to manufacturing areas near the capital highlighted the effect on private business.

Just 20 minutes down the highway from the capital lies Hebei Province's Langfang, a major industrial center -- though plenty of apartments are being developed around the train station as the area becomes something of a bedroom community for Beijing commuters. A furniture factory in Langfang, Hebei Province. Many Chinese factories have closed because of environmental restrictions.

"Business is bad thanks to environmental protections," a cabbie grumbled. Plants have shut down for running afoul of these standards, and the local economy is suffering. Public buses have been made free to reduce car ownership. Cleaning vehicles run back and forth, clearing away air-polluting dust and dirt. Few gasoline stations are in sight, though a natural-gas refueling station catches the eye.

Hebei is known the world over for the severity of its air pollution. It is home to steelmaking and other heavy industry. Many factories formerly located in Beijing have moved to Hebei as the capital's population grows.

On the chopping block

Bazhou, under the jurisdiction of Langfang an hour to the south, is a typical Hebei industrial area. Plants large and small making steel, chemicals and more line the streets, and big-rig trucks kick up dust clouds as they drive through.

On a recent visit to the area, hardly any people or vehicles entered or exited a particularly large plant of privately run local steelmaker Qianjin Steel. Production was put on hold in September, a security guard said. The facility had come into the crosshairs of President Xi Jinping's effort to reduce steel production capacity.

China has also cracked down on the illegal production of low-grade steel via simply melting down and hardening steel scrap and other materials, an activity small private factories had quietly carried on with. Production capacity, previously seen to be as high as an annual 140 million tons, was nearly wiped out by this summer -- and these eliminations are not counted in the capacity-cutting effort.

With this low-grade steel no longer around to disturb market conditions, steel prices have gained upward momentum, with steel materials now selling for double what they did at the start of 2016, the most recent low.

Plenty of Bazhou factories have stopped production, and not just steelmakers. Furniture, chemical and woodworking plants had been ordered to suspend operations for environmental review. Migrant workers in from the countryside are said to have decreased from 300,000 to 200,000.

A furniture factory has sat idle since spring after running afoul of rules on gas emissions. Its staff of 300 is down to just 10. Having finished addressing the problems, the owner wants to resume production. But the price of steel, a raw material, "has risen by a factor of 1.9 since the beginning of 2016, and packing cardboard by 2.6," the owner said -- a poor recipe for profit. The factory that handles painting the furniture has also increased processing fees, having brought in new equipment to meet environmental rules. Overall production costs have risen 40%.

On top of capacity cuts, environmental rules have strained supply of such products as steel, paper and chemicals, pushing prices up. Profits have risen for state-owned businesses, many of which work in raw materials, while private-sector businesses -- which include many downstream manufacturers -- suffer amid high prices of such materials.

Profits at major state manufacturers rose 48% for the January-September period, against just 15% at their private cousins. Business sentiment reached a high not seen in five and a half years this September among larger manufacturers, which tend to be state-owned, while remaining below the boom-or-bust line of 50 for small and midsize ones, more likely to be private.

Output capacity cuts and environmental restrictions both let the government wield its power to arbitrarily close factories. Private-sector businesses, with less political clout than publicly owned ones, tend to be targeted.

"President Xi is always telling us to roll up our sleeves and work," said the furniture factory owner. "But he won't let us do our jobs."