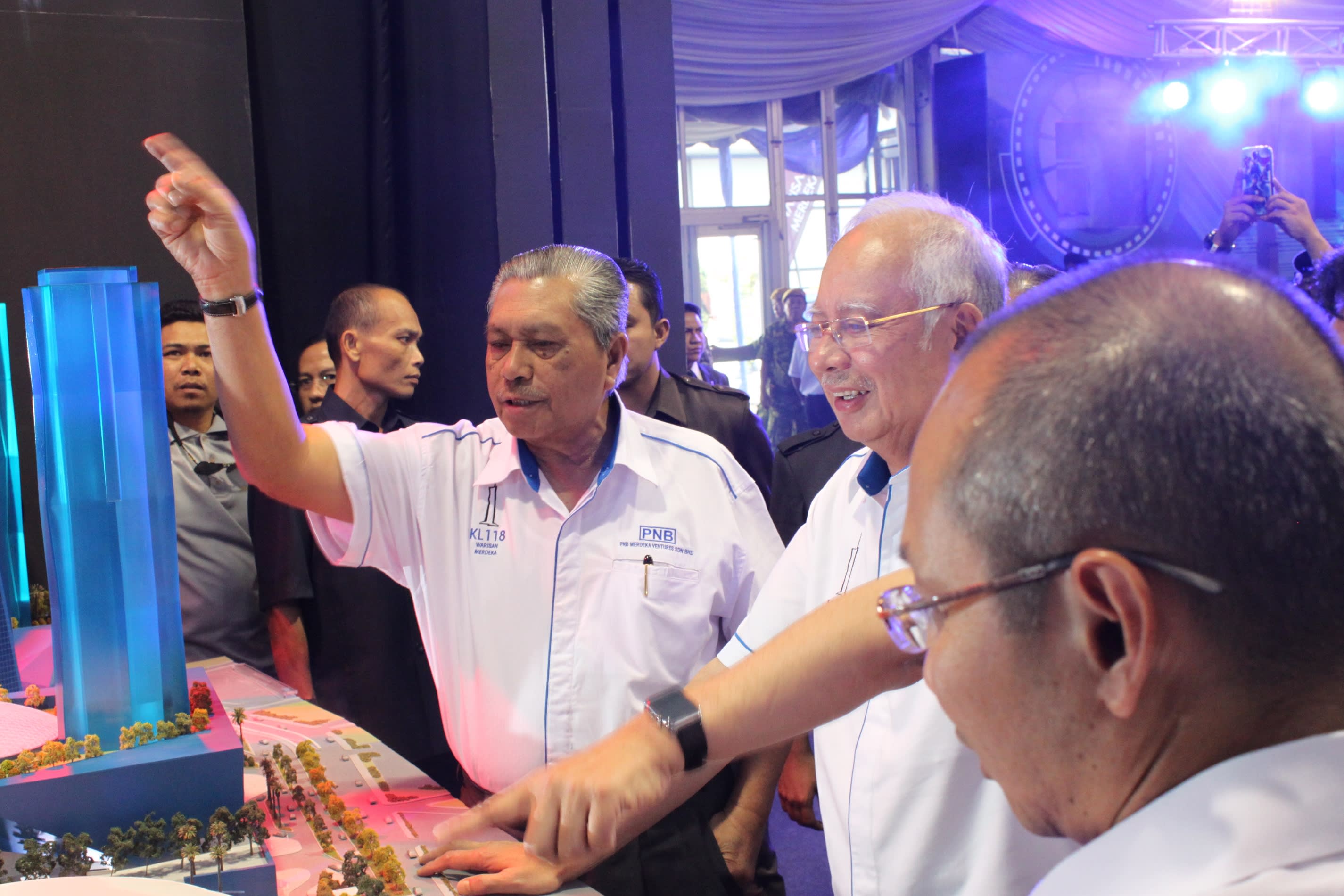 KUALA LUMPUR -- Malaysia will begin constructing the second tallest building in Asia as part of its urban renewal development to generate economic growth.

Called the Merdeka PNB118, the construction of the 118-story tower will be led by state-controlled UEM Construction and South Korea's Samsung C&T Corp. on the site of two former national stadiums in the capital's old downtown area.

Designed by Fender Katsalidis Architects of Australia, the 630-meter tall tower will replace the 88-storey Petronas Twin Towers as the tallest skyscraper in the country. The tower, which will be two meters shorter than China's Shanghai Tower, is expected to be completed in 2020 at an estimated cost of 5 billion ringgit ($1.23 billion).

"[It] is also the aspiration, the desire for excellence, the determination to build something memorable and lasting," said Prime Minister Najib Razak during the groundbreaking ceremony of the project on Mar. 16. He added that the tower will "define a new Malaysia."

The mixed development project will comprise 82 floors of office space and over 80,000 sq. meters of retail outlets. There will also be an 18-floor luxury hotel. The development will be connected with a new subway line currently under construction.

Established in 1978, PNB is an asset management company that looks after the interests of local ethnic Malays. It controls companies in strategic sectors including automotive, banking, logistics, oil and gas, pharmaceuticals and real estate. Its investments include stakes in Malayan Banking, Sime Darby, UMW Holdings and Perodua, the second national car maker.

The construction of the tower comes at a time of an economic slowdown amid signs of an oversupply in the property sector. Malaysia's economy is projected to grow between 4% and 4.5% this year, down from 5% in 2015.

Property prices have been declining with annual growth in the house price index slowing to 5.4% in the third quarter of 2015, the lowest since the first quarter of 2010, according to government data.

The project, first mooted by Najib in 2010, has been controversial as the construction site is in the heart of the older part of Kuala Lumpur surrounded by pre-WWII buildings. Critics also questioned the need for another skyscraper when many buildings in the city are not even fully occupied.