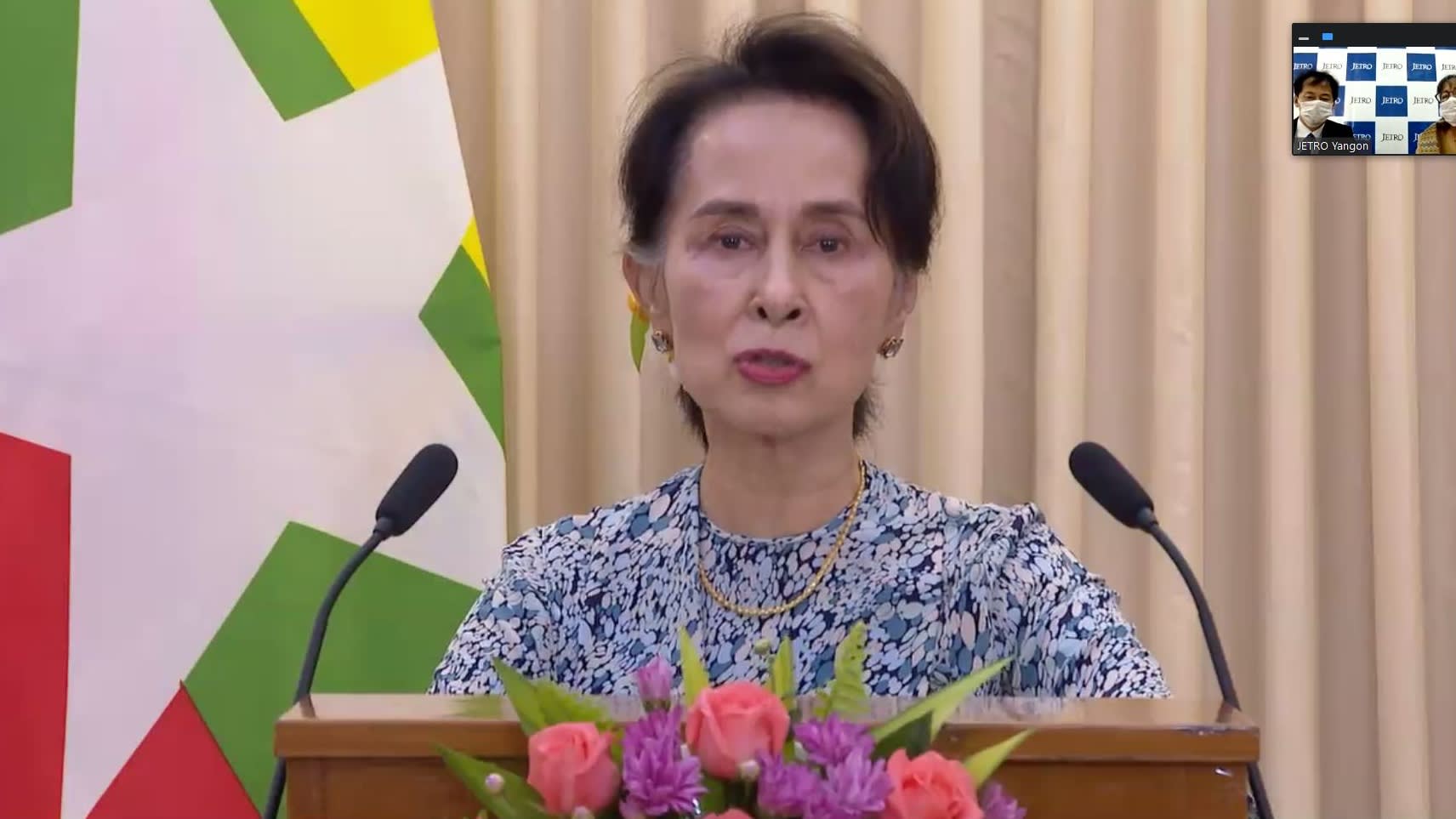 YANGON -- Myanmar State Counselor Aung San Suu Kyi announced on Wednesday that the government will develop a new special economic zone in Mon State in the east of the country to create jobs and encourage foreign investment.

She spoke during a video conference at an online investment forum that was attended by Japanese bodies such as the Japan Business Federation, or Keidanren. Suu Kyi said: "Job creation remains at the heart of our development plan."

The government plans to develop a seaport and industrial park on the coast of Mon State on the Indian Ocean. A planned highway linking Thailand and Vietnam will pass through Mon State.

At the conference, Investment and Foreign Economic Relations Minister Thaung Tun said: "This new economic zone shall be bigger and better connected than any other economic zones in Myanmar."

Myanmar is hoping to draw more foreign direct investment and Japan has been one of its main investors. According to the Myanmar government, Japanese investment in Myanmar between 2011 and now has exceeded $1.7 billion.

Ken Kobayashi, chair of Keidanren's Japan Myanmar Economic Committee, said: "Because of the coronavirus, there will be a movement to reconsider the supply chain, and I think that Myanmar will receive more attention due to the possibility of factory relocations."

Myanmar mainly exports garments but the industry has been hit hard by the pandemic. Suu Kyi said that the country had only around 350 confirmed cases and that she believed a V-shaped economic recovery was possible in 2021.

Suu Kyi said a new industrial park will also be developed west of Yangon, and the tender process will start soon. The industrial park was thought to be initiated by the Chinese, but Myanmar will invite Japanese companies to participate in the project.