Overhaul grinds to halt after US TPP withdrawal, but problems more deep-rooted 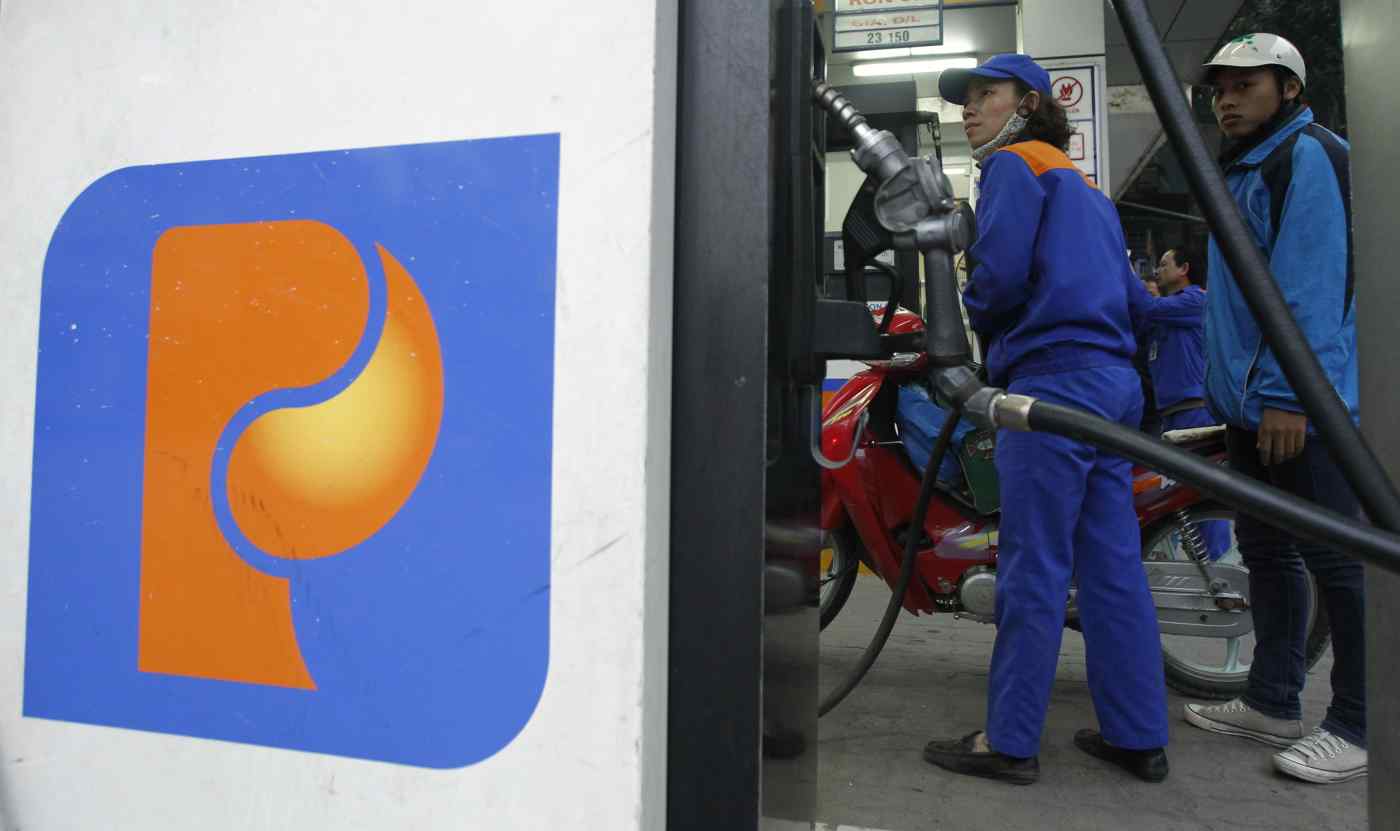 For decades, Petrovietnam has enjoyed an effective monopoly on fuel sales in the country, but the entry of foreign players is likely to increase competition. REUTERS/Kham   © Reuters
ATSUSHI TOMIYAMA, Nikkei staff writerOctober 19, 2017 13:00 JST | Vietnam
CopyCopied

HANOI -- Vietnam has been enjoying the highest levels of economic growth in the Association of Southeast Asian Nations, but efforts to reform state-owned enterprises -- a key to further expansion -- seem to be going nowhere. Moreover, scandals that have beset country's largest SOE -- which many see as little more than a political witch hunt -- display just how far there is to go.

On Sept. 29, the former chairman of Petrovietnam, Nguyen Xuan Son, was sentenced to death for embezzlement and other wrongdoing. Petrovietnam, or PVN, is the largest state-owned company in the communist state and widely seen as a steppingstone on a career path to a top government position. Son's downfall was followed by another former PVN executive, Tong Quoc Truong, abruptly resigning from the post of CEO of Vietnam Lottery Co. earlier this month, amid rumors he was connected to the scandal.

In August, Trinh Xuan Thanh, the former chairman of PVN affiliate PetroVietnam Construction, had allegedly handed himself in to police in Hanoi, having previously fled to Germany amid charges of mismanagement leading to losses of $150 million -- Berlin accused Hanoi of orchestrating the incident, claiming Vietnamese intelligence had kidnapped Thanh in Berlin.

In May, Dinh La Thang, also a former chairman and a previous boss of Thanh's, was forced out of the key post of Ho Chi Minh City secretary. He was also stripped of membership of the Communist Party Politburo -- a rare instance of a member the country's highest decision making body being subjected to punishment.

Dung had pushed for large-scale investment projects, such as the construction of nuclear power plants and high-speed railways, and succeeded in luring foreign companies like Samsung Electronics to Vietnam, putting the country's economy on a growth track, but relying on at least a willingness to reform. Dung had been expected to become the first party general secretary hailing from the south of the country, but his excessively firm leadership did not sit well with top party leaders, leading to his downfall.

"If these people of the Dung group, who are rumored to control behind the scenes, can be removed under the pretext of wiping out corruption," noted a senior official of a Vietnamese company doing business with PVN, "it benefits the old-guard cronies who want to secure the vested interests" of the company.

State-owned companies are hotbed of vested interests in Vietnam -- functioning as a "second government" in all but name. With decisions on investment, internal reserves and other matters in the hands of executives, they are a juicy source of benefits as well as dividends for the government and a breeding ground for corruption.

A local newspaper estimates that the government earns 140-200 trillion dong ($6.3-$9 billion) in dividends from about 650 SOEs every year.

PVN is considered the top dog among Vietnam's state-owned companies. It raked in 471 trillion dong in sales in 2016, contributing 89 trillion dong to government coffers. 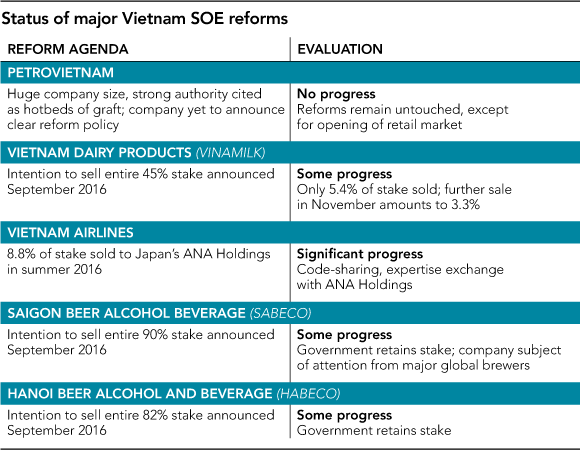 The scandals surrounding PVN started to erupt around the time U.S. President Donald Trump announced America's departure from the Trans-Pacific Partnership in January -- leading to speculation it had created the space for vested interests to reassert themselves.

In exchange for TPP membership, Vietnam had pledged to overhaul SOEs that obstruct fair competition. Now, however, the country's priority is to sign a bilateral pact with the U.S. to expand trade, apparently damping enthusiasm to tackle a fundamental overhaul of the state-owned sector.

The slowdown in reform has been seen at various companies. Vietnam was a strong TPP advocate, announcing in September of last year that it would sell government shareholdings in 12 profit-making SOEs such as Vietnam Dairy Products, or Vinamilk and Saigon Beer Alcohol Beverage, or Sabeco. It was rumored that U.S. pressure was behind the decision to privatize. But so far, little or no progress has been made.

The U.S. leaving the TPP may have poured water over enthusiasm for reform, but scandals on the scale of what has happened at PVN show the problem is far more deep-rooted.