TPP-11 exporters gain ground over US in Japan's beef market

Shipments from members jump while Washington presses for bilateral deal 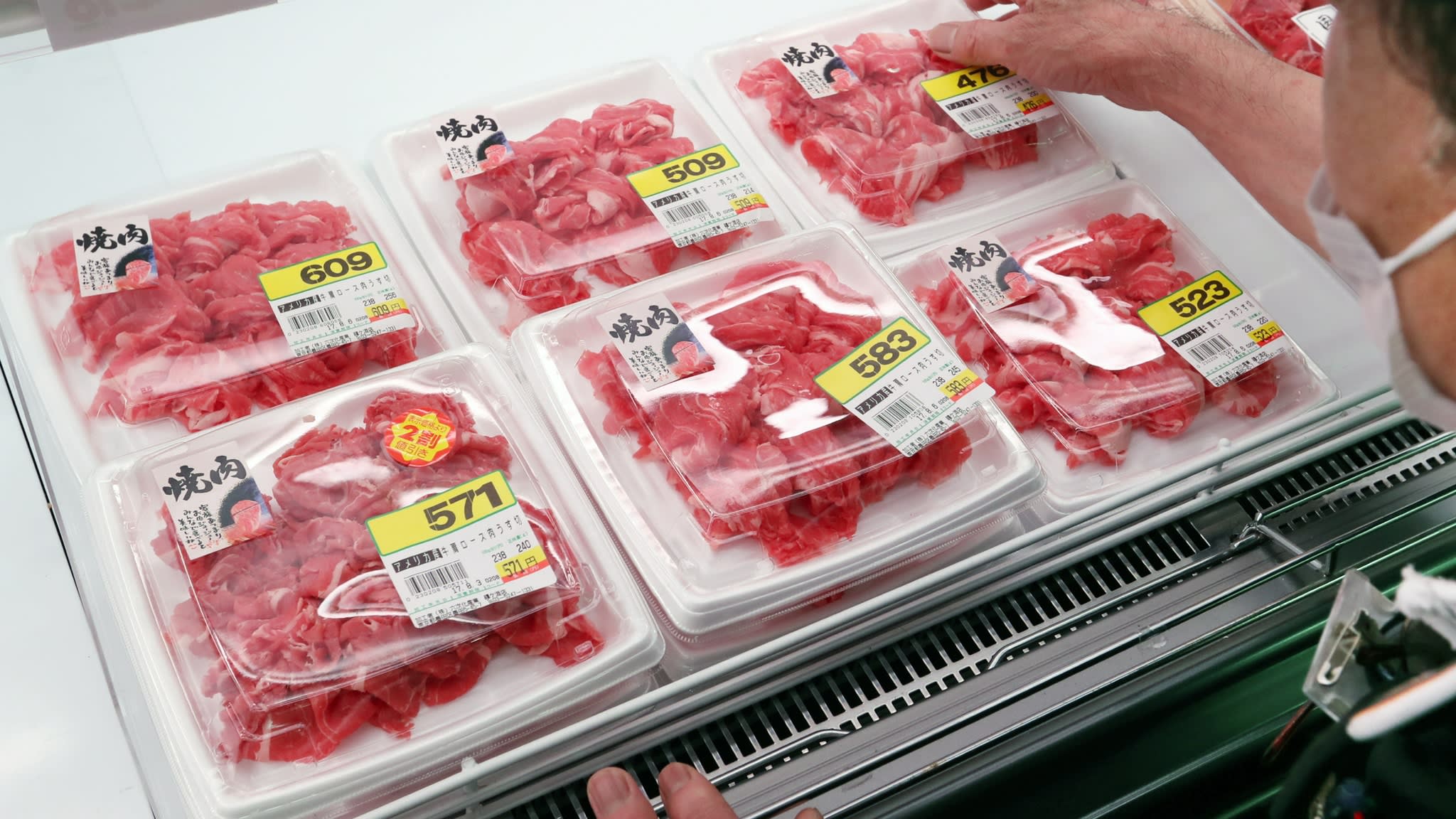 TOKYO -- Beef producers in the 11-nation Trans-Pacific Partnership trade agreement enjoyed a surge in sales to Japan in January, as ranchers benefited from lower tariffs than their U.S. competitors.

Beef imports from Australia, Canada, New Zealand and Mexico, all of which have approved the trade pact, surged to 33,000 metric tons in January, up 56% from the previous year, according to Japan's Finance Ministry. The tariff rate for these countries dropped to 27.5% from 38.5% after the agreement took effect.

The main cause of the jump was Japanese importers pushing some December purchases back to January, Chief Cabinet Secretary Yoshihide Suga said Wednesday.

The increase shows the advantage exporters in the TPP-11 countries have over rivals outside the trade pact. The U.S. was a signatory to the original TPP, but President Donald Trump withdrew from the agreement shortly after taking office. Japan's beef tariffs will continue to drop annually, eventually reaching 9%. The U.S. will face increasingly stiff competition unless it rejoins the agreement or negotiates a separate trade deal.

January beef imports from the U.S. increased 21% from the previous year, but its share of Japan's imported beef shrank 6 percentage points.

The U.S. and Japan have agreed to start talks on a bilateral trade agreement. U.S. Trade Representative Robert Lighthizer said Wednesday that he would like to start negotiations in March.

American producers will face significant losses unless the two countries can quickly reach an accord, Erin Borror, an economist with the U.S. Meat Export Federation, warned at a U.S. Agriculture Department event earlier in February.

But even if it reaches an accord with Japan, the U.S. will continue to be handicapped as the TPP-11 expands. Signatories agreed on the process for accepting new members in January.

Countries and regions including Thailand, Taiwan, Colombia and the U.K. have expressed interest in joining. Negotiations with Thailand are expected to start as early as this spring.

The appetite for beef and other meat will likely grow as incomes rise across Southeast Asia. Singapore, Vietnam and Malaysia are also signatories to the TPP-11.