Singapore -- There is an invisible territorial struggle going on in East Asia, a center of global economic growth.

It is a battle not only to achieve freer trade of goods and investment but also to counter protectionist forces seeking to bring digital information, which is now a major source of economic value, under the control of their countries.

This is at the heart of the Trans-Pacific Partnership agreement, which was agreed to in principle by 11 countries on Saturday.

The focus of the negotiations leading to the agreement was not on market opening for autos or agricultural products. What negotiators sought were rules for trade in the 21st century.

Shouldn't information be free to flow across national boundaries? Who should control big data? Should we build walls in cyberspace? There is significant weight in the fact that principles of freedom were laid down through a multilateral agreement. The rules will become a template for future agreements on commerce as a basic set of rules on cross-border e-commerce, which will continue to grow.

The administration of U.S. President Donald Trump points to the U.S. deficit in goods trade with trading partners and is pressuring them to abolish tariffs and reform regulations. In contrast to the U.S.'s regression to an old, 20th century-style commerce policy, Japan and members of the Association of Southeast Asian Nations were looking forward, to what international commerce in the 21st century might entail. And what made them realize the importance of this was China. 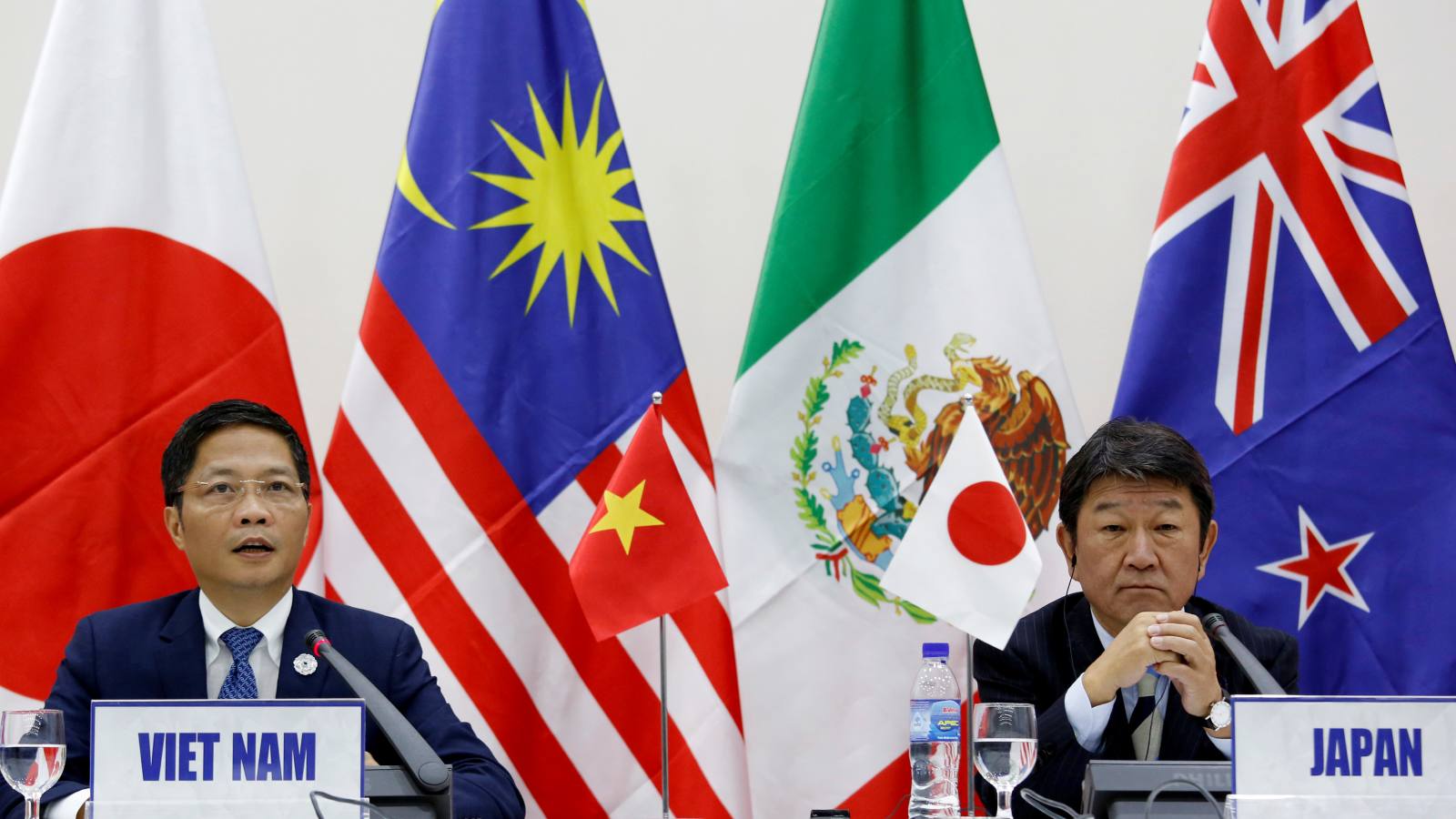 In Asia, Alibaba Group Holding and Tencent Holdings are about the only companies that have the potential to become global players in e-commerce and mobile financial settlement. They are both Chinese companies, operating inside the so-called "Great Firewall of China" set up in cyberspace to block the free flow of information.

China in June enacted a cybersecurity law that bans the transfer of important information out of the country and specifies the government's authority to force internet companies to provide data. Big data, or enormous data sets that can reveal new types of information and will become a source of future innovation, will thereby be accumulated in China and controlled by the Chinese government.

Like China, Vietnam, also a communist country, is preparing similar legislation. Indonesia has stepped up the monitoring of private-sector data. Thailand, under military rule, is also moving to control information on the net. It may not be easy to discern for the eye accustomed to goods trade, but there is a wave of protectionist moves in the digital domain in Asia.

Taken at face value, Chinese President Xi Jinping's "One Belt, One Road" initiative is aimed at infrastructure building. But it is also a commerce policy targeting the creation of an economic bloc to counter the TPP. China wants to boost exports to the vast market of 4.4 billion people in the 65 or so emerging and developing countries targeted by the initiative. Establishing rules for e-commerce and online settlement, which would serve as commercial infrastructure, is also a goal.

What about the rest of the world?

To what extent will the TPP rules that have been agreed be embraced by the rest of the world? Compared to the original TPP prior to the departure of the U.S., which had agreed to it, the scale of the latest agreement is just one-third in terms of the economic bloc formed by the 11 members, and half in terms of population and total trade volume.

Asian countries are in a dilemma. They are attracted to One Belt, One Road, which is backed by huge funding to make investments in the region, but they also want to establish market order based on transparent rules and fair competition. What drove the 11 countries to agree this time was the wish to give shape to the agreement as early as possible and have the U.S. return to it -- a possibility for which they left room.